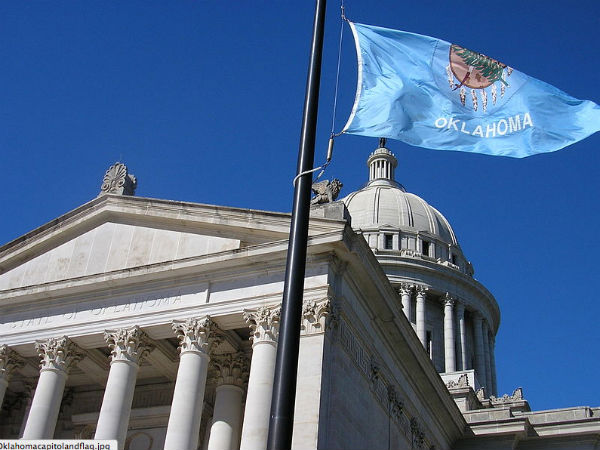 The transgender sports ban, known as SB 2, prohibits transgender individuals from competing on sports teams that match their gender identity. Under the bill, parents or guardians of student-athletes must sign an affidavit attesting that their child’s assigned sex at birth matches the designation of the sports teams for which they are trying to compete. Students over the age of 18 would complete the affidavit themselves, according to The Oklahoman.

Proponents of the bill claim the measure is needed to ensure fairness for female athletes, who otherwise may face a competitive disadvantage — at least biologically — if forced to compete against transgender females. However, since the Oklahoma Secondary School Activities Association adopted a policy in 2015 regarding the eligibility of trans athletes, no school has requested enforcement of the policy.

Sen. Julie Daniels (R-Bartelsville), the lead sponsor, said that while she did not know if “biological men” are competing in women’s sports in Oklahoma, action needs to be taken to ensure that cisgender female athletes do not lose out on various athletic opportunities.

“We need to stand up and support women in women’s sports and understand that there are other things we should do for those who are males but identify as females,” Daniels said, adding that there could be separate sports teams or competitions set up to accommodate transgender athletes.

Lawmakers in the Senate also approved SB 9, a bill defining “obscene material” to include books or media containing “depictions or descriptions of sexual conduct which are patently offensive as found by a reasonable person,” that have, as their “dominant them an appeal to prurient interest in sex,” or that “a reasonable person” would determine to “lack serious literary, artistic, educational, political, or scientific purposes or value.” The bill appears to be a response to graphic novels, like Maia Kobabe’s Gender Queer, to other literary works involving LGBTQ coming-of-age stories or themes, which have been flagged by conservatives in various jurisdictions as inappropriate for teenage and young adult readers.

They also approved SB 1100, a bill that revises regulations regarding vital records to prohibit individuals from obtaining birth certificates with nonbinary gender markers — a pet project of Gov. Stitt and his fellow Republicans, who previously balked after the Oklahoma State Health Department, in complying with a court order, reissued a birth certificate with an amended nonbinary gender marker to an Oregon resident who was born in Oklahoma. In a separate case, three transgender individuals are currently suing the state, arguing that a prohibition on changing the gender marker on their birth certificates to align with their gender identity is discriminatory.

SB 9 and SB 1100 now head to the House of Representatives for further consideration.

The Human Rights Campaign, the nation’s largest LGBTQ rights organization, warned that passage of any of the bills is likely to trigger lawsuits against the state, which could face negative pushback from the courts, which have largely been deferential to transgender rights.

“Over the past 24 hours, Oklahoma legislators have decided to launch a full on attack on LGBTQ+ rights, and particularly for transgender people. Their repeated attempts to deny transgender kids opportunity and ostracize members of the LGBTQ+ community are disgusting,” Cathryn Oakley, senior counsel and state legislative director for the Human Rights Campaign, said in a statement. “In addition to denying transgender kids the social benefits that come from school sports, they are also working hard to ban inclusive gender markers, and define LGBTQ+ content as obscene. Simply, they are attacking the LGBTQ+ community to score political points with extreme elements within their party.

“The Human Rights Campaign strongly urges Governor Stitt, and the Oklahoma House of Representatives to put the best interests of marginalized kids and individuals ahead of cheap political ploys, and realize the damage that can be done if these dangerous bills pass,” added Oakley.

Sam Ames, the director for advocacy and government affairs at The Trevor Project, the nation’s top suicide prevention organization for LGBTQ youth, called all three Oklahoma bills “part of a coordinated strategy” to vilify transgender youth, in particular, for political gain.

“This legislation offers solutions to problems that simply do not exist in Oklahoma, but the harm it can cause LGBTQ youth is very real,” Ames said, pointing to data from a recent poll by Morning Consult on behalf of The Trevor Project, which found that 85% of trans and nonbinary youth, and 66% of all LGBTQ youth, say that recent debates around anti-LGBTQ laws have negatively impacted their mental health.

“We urge the governor to follow the actions of governors in Utah and Indiana and veto the anti-trans sports ban that now heads to his desk,” Ames added. “We also urge the Oklahoma House to reject SB 9 and SB 1100 in support of their trans and nonbinary constituents.”