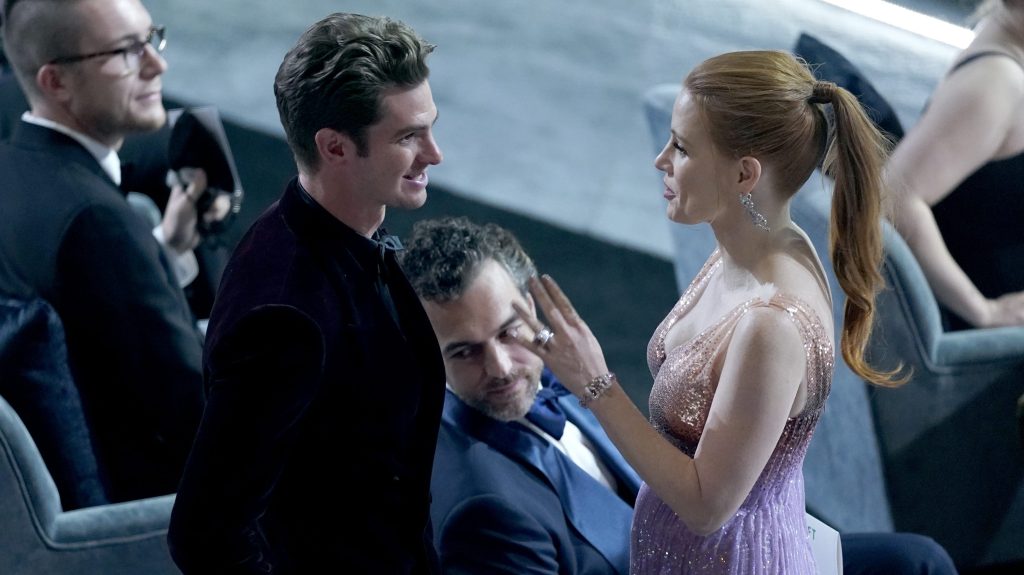 The Oscars got underway Sunday though you might not have known it, with the first eight winners of the night presented in a non-televised preshow as the red carpet was still in full swing outside the Dolby Theatre.

Nominees in eight categories — Sound, Editing, Makeup and Hairstyling, Original Score, Production Design and Documentary Short, Animated Short and Live Action Short — were not even sure how the Academy of Motion Picture Arts and Sciences might pull off such a thing, some admitted on on the red carpet, beyond the stated plan to film the early winners and edit them into ABC’s three-hour live telecast.

The Academy said that despite being non-televised, the organization would reveal the winners publicly via Twitter. That happened, but well after the fact. The front-of-house feed, usually available to credentialed media assembled backstage, also dud not have access to the goings-on.

Still, members of the media who had tickets were able to get out news of the winners. The vibe from the audience was that they were treating it like the real show. “The audience is very vocal,” one person inside the room says. “If these are seat-fillers, they’re good.”

For the ceremony, co-emceed by Jason Momoa and Josh Brolin, it lasted about 35 minutes, and it looked like most of the seats were full. Dune scored often and early, taking four early wins for Hans Zimmer’s score, production design, film editing and sound. The winners’ speeches leaned heavily into praising director/co-writer Denis Villeneuve, who was in the crowd. The movie is up for 10 Oscars total tonight.

Jessica Chastain, who spoke out earlier in the runup to tonight’s show that she would bypass the full red carpet to be in the room when her The Eyes of Tammy Faye hair and makeup team were up in their preshow category, was also among those who filed into the Dolby ahead of the non-televised portion’s start. She was rewarded: her team won.

Chastain and Villeneuve got plenty of cut-to time as their films were revealed as winners.

There was no sign of protest amid the controversy of the Academy’s plans for the non-televised portion of the show, with the speeches for the most part short and sweet. Only one of the winners, from Tammy Faye, referenced what many called a slight on the crafts fields, saying the fields don’t get enough recognition as it is. “The next time you’re on set, look around,” she said. “Notice the people working on the set.”

Earlier in the week, rumblings grew that some nominees in the impacted craft categories would wear their guild lapel pins in silent protest of the treatment, and even that some winners would hold their Oscars upside down on stage. At least for the 35 minutes of the 2022 Oscars, that didn’t happen.