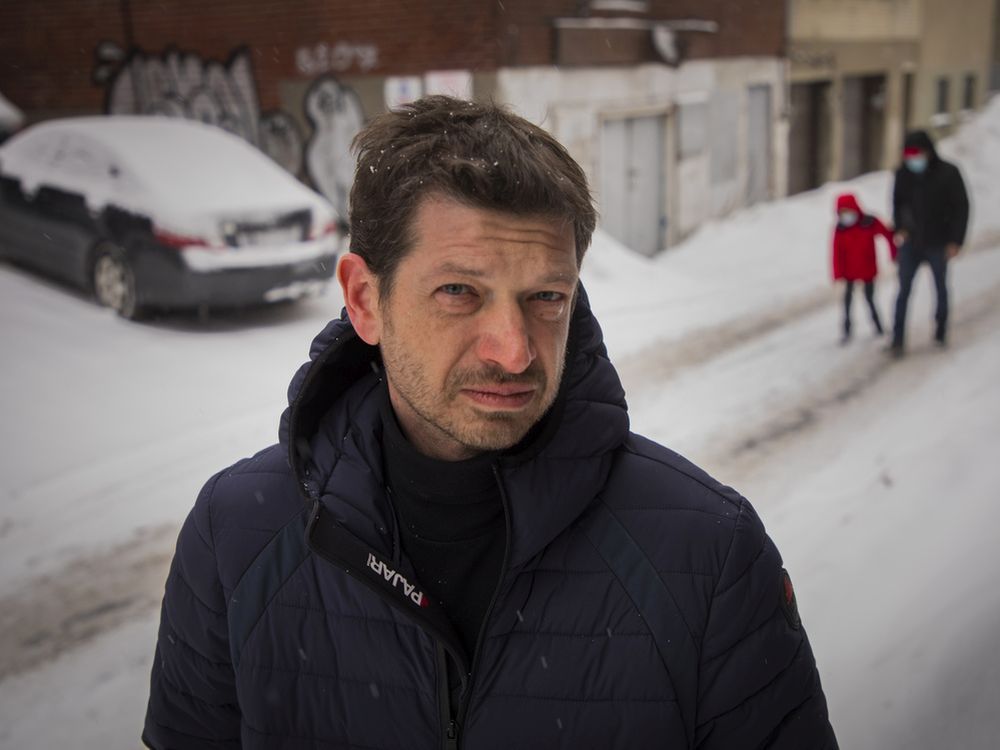 As boycotts against Russian athletes, maestros and vodka sweep the world, Montreal’s Russian community is suffering its own particular anguish over the Ukraine conflict.

“What’s happening there is dividing us here,” Dmitry Korobkov, the publisher of the Nasha Gazeta, a Russian-language newspaper, said Tuesday.

“On one hand, this topic is international,” said Korobkov, who, like many of Greater Montreal’s more than 50,000 residents of Russian origin, has been glued to news of the invasion “24/7.”

“On the other hand, our hearts are broken, so it’s our personal issue,” he said.

Anti-Russian boycotts have been piling up in the wake of Russian President Vladimir Putin’s invasion of Ukraine, with leading Canadian athletes calling for the exclusion of competitors from Russia and Belarus.

Some members of Montreal’s Russian community say they’ve also been feeling a chill.

Korobkov, who publishes a biweekly newspaper as well as an online version with 10,000 unique visitors daily, said he’s heard of children from Russian families being bullied by schoolmates since the war began.

He has received a few text messages accusing him of being a secret agent for the Kremlin.

“I can understand people being anti-government, anti-Putin,” he said.

“But people take it personally, at the interpersonal level. It’s wrong,” he said.

While there are divisions over the war within the local Russian community, most members oppose it, Korobkov said.

“I feel proud that most of the community is against the war,” he said.

“There’s no excuse for what happened,” he added.

Outside the Marché Epicure on Paré St., a grocery store popular with Russian immigrants, Liliya Bayarashova’s eyes filled with tears as she discussed the conflict.

“What’s going on is a disaster: it’s horrible and unfair to the citizens,” said the Russian music teacher, who has been devastated by scenes of young mothers with children in strollers fleeing the Ukrainian capital of Kyiv.

“I put myself in their shoes and it’s horrible,” said Bayarashova, who moved to Quebec 16 years ago.

If the Russian army does not withdraw soon, she may become embarrassed to speak Russian in public, she said.

“We feel guilty,” said Bayarashova, who expressed admiration for the tenacity of the Ukrainian people.

Statistics Canada reported 49,275 people of Russian origin in Greater Montreal in 2016. However, Korobkov estimated the true number is at least twice as high.

Some members of the Russian community declined to discuss the war, saying they feared a backlash.

A manager at Marché Epicure asked a reporter not to interview the staff because “some of them have been crying.”

At several other businesses that cater to Russian customers, employees also refused to be interviewed.

“It’s best not to discuss this,” one said.

An academic specializing in Russian affairs also declined to go on the record, saying he was fearful of becoming a target.

“To tell the truth, I am afraid to talk to the media. The anti-Russian propaganda is so intense and so irrational,” he said.

Bayarashova said that while many community members are opposed, others support Putin’s actions.

“The opinions vary depending on people’s life experience and what they watch on the news,” she said.

Another community member who declined to give his name said Putin’s actions are indefensible.

“I cannot support what he’s doing now. No sane person would,” said the man, adding that he lost respect for Putin following the Russian annexation of Crimea in 2014.

“I lost many friends on Facebook because the majority of Russian people supported it,” he said.

Montreal lawyer Sergey Gerasin said he was surprised by the Russian invasion, even though Putin had made numerous statements over the years opposing stronger ties between Ukraine and the West.

“I thought it was pressure tactics,” said Gerasin, who comes from Kursk, a city in southern Russia about 500 kilometres northeast of Kyiv.

Many people in his hometown have strong ties to Ukraine, he said.

“The countries are very interconnected,” he said. “There are members of families on both sides. It’s very personal. From what I see with my friends and on social media, people think the war should not happen.”

The line between Russians and Ukrainians is anything but clear cut, said Korobkov, a 50-year-old father of four who described himself as “one-quarter Ukrainian, one-quarter Russian and half Jewish.”

“We are all mixed,” said Korobkov, who grew up in Ukraine and has family in the Ukrainian cities of Kyiv, Donetsk and Zaporizhzhia.

The divisions between Russians and Ukrainians are “completely artificial. This is what I feel,” he said.

Kyiv is a cradle of Slavic civilizations whose diverse population lived in harmony, he said.

“It’s a very welcoming city. You couldn’t feel any difference,” he said.

“The community is mostly immigrants, working people who are doing our best for our kids and for ourselves. We’re Canadian citizens paying our taxes. We’re decent people,” he said.