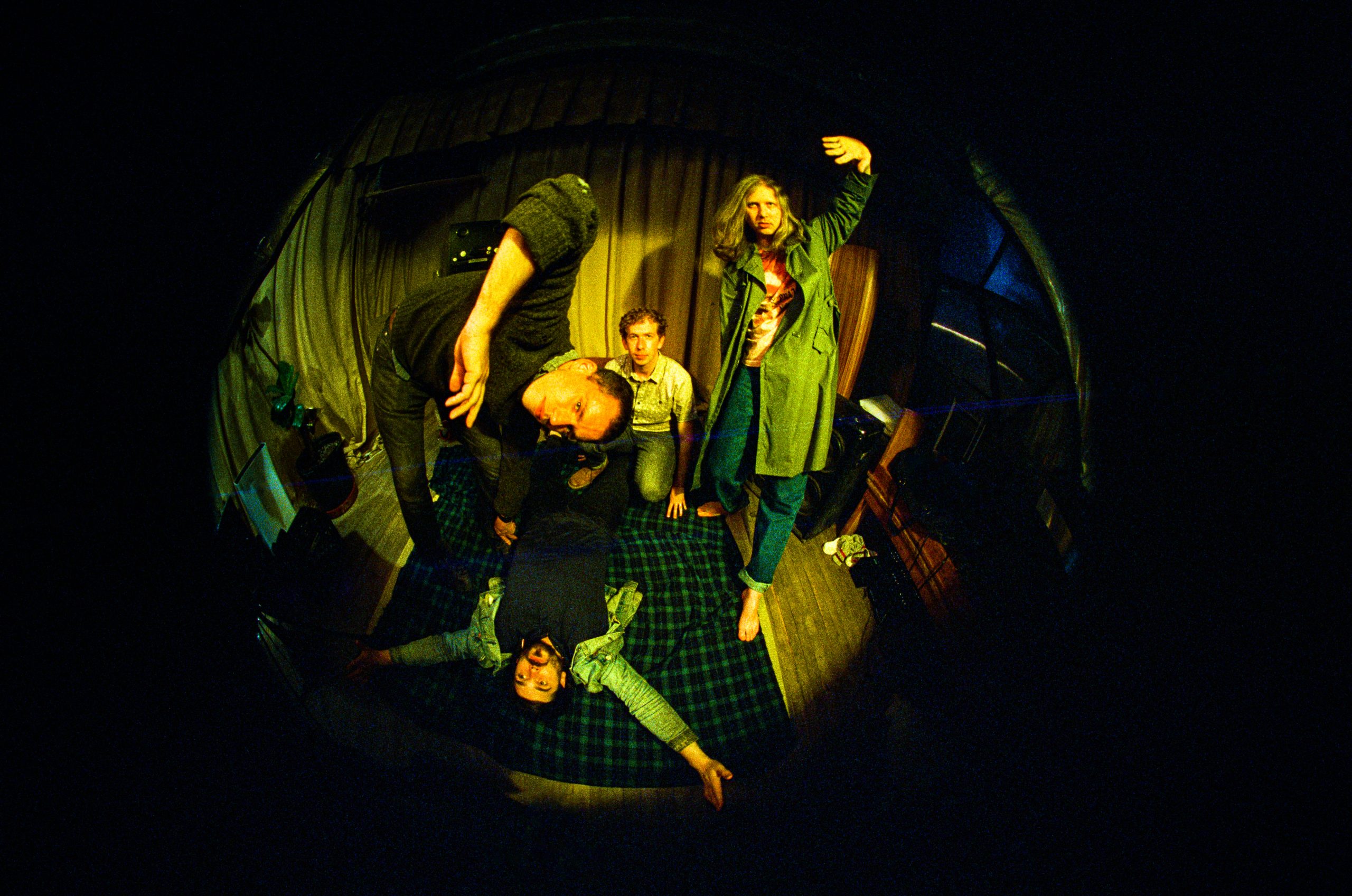 Parquet Courts, a Brooklyn by way of Texas rock band, make music for record collectors. Bass player Sean Yeaton told Brooklyn Vegan that when they first got together in 2010, vocalist Andrew Savage sent his bandmates an email asking each of them for a playlist of music that inspired them—he remembers including Brian Eno, Pavement, Roxy Music, and Sonic Youth in that early playlist. For years, one could hear traces of those influences in Parquet Courts’ compositions, with Savage’s loud, rough vocals on some cuts, and singer Austin Brown’s more tuneful warble on others. But in more recent years, Brown began going to dance clubs, Savage was listening to motorik sounds from the experimental German rock band CAN, and Yeaton was listening to ’80s dance remixes by Francois K, and Primal Scream’s 1991 psychedelic dance album Screamadelica. So, for their 2021 effort, Sympathy for Life, Yeaton says they did the same thing in preparation. Parquet Courts recorded a single with legendary Houston rapper Bun B in 2017, produced their 2018 album Wide Awake! with Danger Mouse, and worked on Sympathy for Life with Hot Chip producer Rodaidh McDonald, and Eels producer John Parish. Wide Awake and Sympathy for Life both have some songs that echo the playlist entries that inspired them a little too closely—“Marathon of Anger,” for example, is so Talking Heads. But on others, like “Watching Strangers Smile,” “Walking at a Downtown Pace,” and “Black Widow Spider,” the Courts offer catchy hooks, fast tempo beats, and psychedelic guitar and keyboard accents that cleverly draw from the artists they admire without simply replicating them. Anyone with a music taste as eclectic as the members of Parquet Courts should find plenty to enjoy in a night soundtracked by their punk dance symphonies. Parquet Courts perform at 7 p.m. on April 4 at 9:30 Club, 815 V St. NW. 930.com. Sold out, but resale tickets are available starting at $34 on stubhub.com.