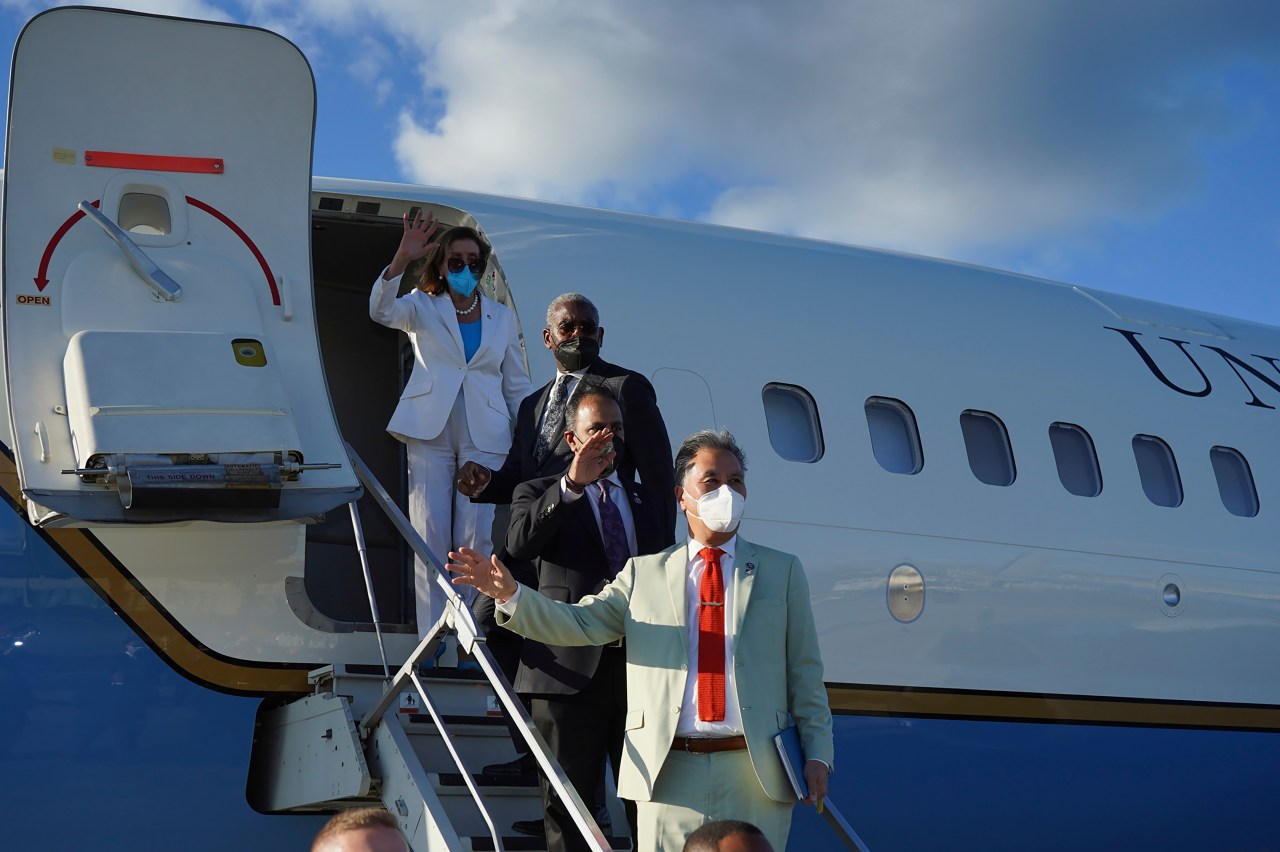 Speaker of the House Nancy Pelosi (D-Calif.) avoided discussing her controversial visit to Taiwan during a press event with South Korean Speaker of the Assembly Kim Jin-pyo in Seoul.

“The U.S.-Korea relationship is very strong, and we learn from each other,” Pelosi said at the presser, focusing on issues concerning South Korea rather than its neighbors.

Pelosi visited Taiwan during a trip to various Indo-Pacific countries, despite warnings from China that a visit from Pelosi to Taiwan would represent a violation of the “one-China policy,” which rejects Taiwanese independence.

Chinese Foreign Ministry spokesperson Zhao Lijian criticized the possibility of the visit last month, saying that “China will take strong and resolute measures to safeguard its sovereignty and territorial integrity” in response to her trip.

However, Pelosi touched down in the country on Tuesday saying that her visit “honors America’s unwavering commitment to supporting Taiwan’s vibrant Democracy.”

Pelosi had conversations with Kim in Seoul about security, economics and governance, saying that the officials want to advance those “pillars” in “an interparliamentary way.”

“This is special for us, because the U.S.-Republic of Korea relationship is special to us,” said Pelosi. “And we want to strengthen that interparliamentary role as we work together as countries.”

“Andy Kim is a member on the Foreign Affairs Committee and the Armed Services Committee,” Pelosi said of the Korean American congressman. “We are glad for the key role he plays, and we were very informed by his participation and his commitment to work together.”


What is a Senate vote-a-rama?

The Chinese government responded with fierce criticism of Pelosi’s visit to Taiwan, saying that it “gravely undermines peace and stability across the Taiwan Strait, and sends a seriously wrong signal to the separatist forces for ‘Taiwan independence.”

“These moves, like playing with fire, are extremely dangerous,” the Chinese Foreign Ministry said of Pelosi’s trip on Tuesday. “Those who play with fire will perish by it.”The country announced on Tuesday that it is conducting large-scale military drills around Taiwan for four days starting this Sunday, and has already fired missiles into waters surrounding Taiwan on Thursday.