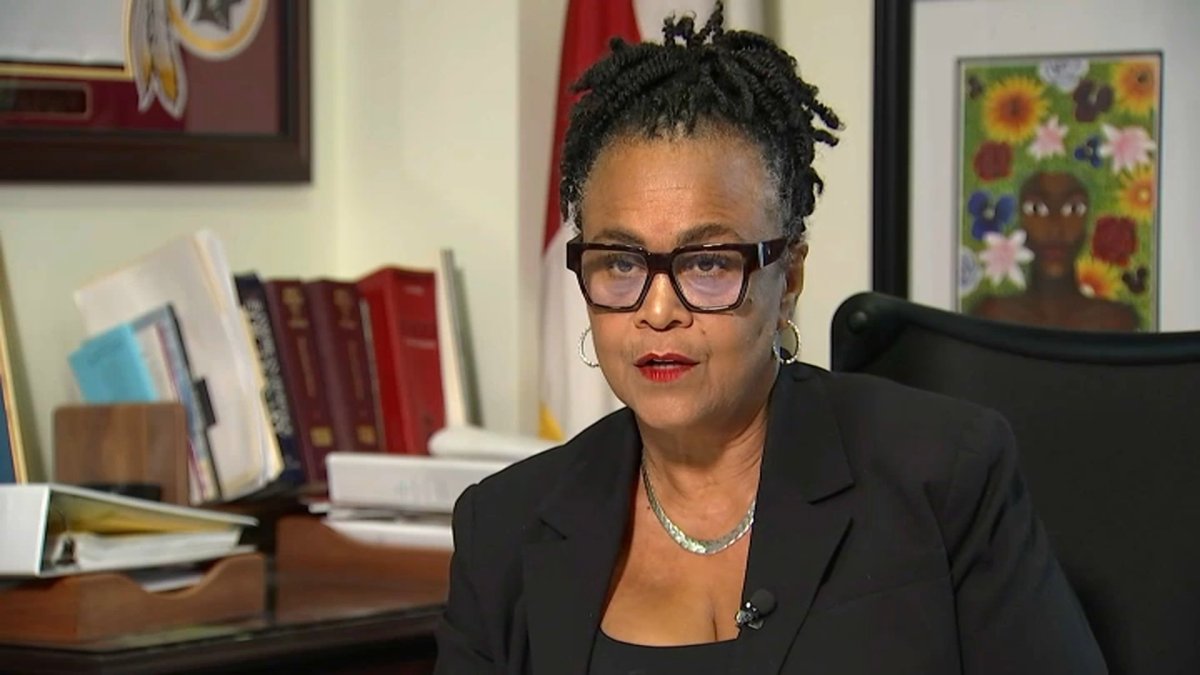 Judge Sheila Tillerson Adams, administrative judge for the 7th Circuit and for the Circuit Court of Prince George’s County, doesn’t believe the courts are soft on juveniles.

“I think what everybody has to understand is that there is a process,” she said. “Everyone plays a role in the judicial process.”

She agreed to speak with News4 after County Executive Angela Alsobrooks held a press conference Monday addressing the rise in juvenile crime.

“It ought to be clear to everyone that something is not working,” Alsobrooks said. “We are arresting and rearresting the same children and adults who are committing crimes in our community.”

“To some of you judges who are letting these individuals out, you’re going to have to deal with this county council, because we don’t want you presiding over those kind of cases that are putting perpetrators on the street, that are increasing the crime in our community,” he said.

“The county council has no oversight of the court and the county council cannot tell the judges what to do,” Tillerson Adams said. “We are an independent branch of government; it’s no different than our federal system.”

Tillerson Adams said the courts actively work to deal with crime through the county’s criminal coordinating council, a group of stakeholders that includes herself and the chief of police.

“We’re all around the table together, talking about what can we do to affect the lives of juveniles in this county so they’re not out committing crimes,” Tillerson Adams said.

Under the past county executive’s administration, work to fund and design a learning academy overseen by the courts for youth who were in and out of the juvenile system began. Tillerson Adams said it never came to fruition.

“I think this county needs an innovative concept, an academy like that, so when these kids come in our system through our juvenile court judge and we know that we can’t do anything with them, they can’t do anything other than probation, we can put them in that school,” she said. “We can make sure they get the wraparound services that the need. We can find out what’s really going on with that child and change the trajectory of their life.”

The judge says what the courts can do with juvenile justice is ever changing, and in October, it will change again as youth will not be able to be questioned without a parent or attorney present.