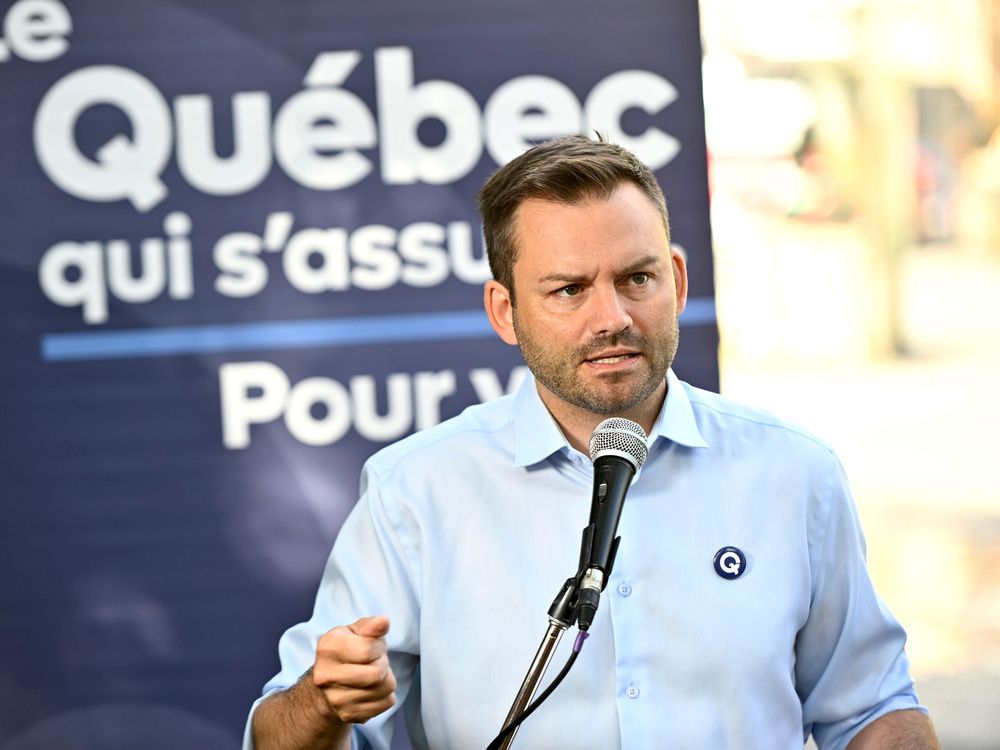 As Parti Québécois Leader Paul St-Pierre Plamondon launched his party’s election campaign, he described his candidates as a “Cinderella team” that would go further than people expect.

It was an acknowledgment of just how low the expectations are for the PQ.

Once the voice of a generation of Quebec sovereignists, the PQ is polling in last place among the five major parties and pollsters predict it will win one seat in the Oct. 3 election: the riding of Matane-Matapedia, on the lower shore of the St. Lawrence River.

“The Parti Quebecois could find itself with one seat in the (legislature),” Valerie-Anne Maheo, a political-science professor at Université Laval, said in a recent interview.

“That would raise serious questions about its future and the possibility that it will continue as the political path of the sovereignist movement, and, I would say, as a viable alternative for governing Quebec.”

Maheo and other political analysts say the PQ has struggled to distinguish itself in an increasingly crowded political landscape where other issues — like health care, the environment and the economy — have eclipsed the independence debate. The party’s decline is also a reflection of Quebec politics becoming increasingly “normal,” she said, centred around a left-right divide rather than around the issue of Quebec sovereignty.

Many former PQ voters have flocked to the centre-right Coalition Avenir Québec of François Legault, which promises to defend Quebecers’ language and culture — but to do so within Canada. Other PQ voters, meanwhile, have chosen Québec solidaire, a nominally sovereignist party that is more focused on issues like the environment and affordable housing, Maheo said.

In the province’s last election in 2018, about 41 per cent of people who voted for the PQ four years earlier instead chose one of those two parties, she said, adding two-thirds of those voters backed the CAQ. The last election was the first time the PQ received less than 20 per cent of the popular vote since the party’s founding in the late 1960s and was the second election since 1973 that did not result in the PQ forming government or the official Opposition.

If elected, St-Pierre Plamondon has promised to hold a referendum on independence in his first mandate, to prevent non-anglophones from attending English-language junior colleges and to ensure all economic immigrants speak French before arriving in Quebec. He has also rejected income tax cuts — promised by the CAQ, the Liberals and the Conservatives — in order to maintain funding for public services.

“We’re campaigning on hope,” St-Pierre Plamondon said in a recent interview. “We think that the future of the French language in North America, our right to decide for ourselves democratically and the future of the environment are fundamental topics.”

St-Pierre Plamondon, who has never held a seat in the legislature, said success for the PQ in October means growing the party and surprising people.

“I am in the position of underdog and I’m very comfortable in that position, it’s something that I’ve experienced before,” he said.

Plamondon added when he entered the 2020 PQ leadership race — his second attempt at leading the party — he was polling at five per cent. He would later win on the second ballot with 56 per cent.

“Even though it sounds a bit desperate, it is the right strategy because that’s what defines them.”

Sylvain Roy, a former PQ member of the legislature who was elected in 2012 and chose to sit as an Independent in 2021, said he thinks focusing on sovereignty during the campaign will likely consolidate the PQ’s base, but it’s unlikely to win over other voters.

The PQ once saw voters as citizens to be engaged in a society-wide project, but now, the party appreciates voters as consumers to be sold a product, he lamented.

Roy, who is not standing for re-election, said the party has also lost touch with issues that matter in places like the Gaspé Peninsula, where his Bonaventure riding is located. For fishers in his riding, gaining control from the federal government over the banks where shellfish are harvested is more important than language politics.

“It’s very folksy for someone in Montreal, but for the people back home, it’s an issue,” he said.

For Roy, the PQ’s strategy seems to be hoping other parties slip up.

“The PQ was at one time a party that inspired a lot of hope and inversely proportional to the hope it inspired, it also inspired a lot of discontent by the decisions it made when it was in power,” he said. “The expectations were high and the merchandise wasn’t delivered on all sorts of things.”