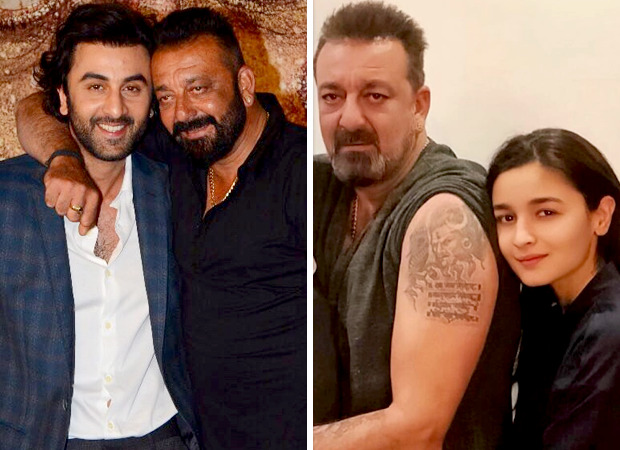 Bollywood actors Ranbir Kapoor and Alia Bhatt, who have been in a relationship for a while, are all set to get married on April 14. The Brahmastra co-stars have been keeping mum on their nuptials but the preparations are on in full swing on both the groom and bride’s sides. As the duo is wrapping up some work schedules, the pre-wedding festivities begin on April 13. Both their residences have been lit up with lights but the actors. It is being reported that the actors will tie the knot at Ranbir Kapoor’s ancestral house Vastu. While the wedding will be a private affair in presence of family and few friends, many celebs are unaware.

During the promotions of K.G.F: Chapter 2, Sanjay Dutt was asked about the impending wedding of Alia Bhatt and Ranbir Kapoor. The actor seemed unaware but did give his blessings. “If he is getting married, I am really happy for him. Alia was literally born and brought up in front of me. Marriage is a commitment they are making to each other. And they have to stick by that, hold each other’s hands and move ahead in happiness, peace, and glory. Make kids soon Ranbir, and stay happy!” he told ETimes.

For unversed, Ranbir Kapoor played Sanjay Dutt’s role in the latter’s biopic Sanju which was helmed by Rajkumar Hirani. Meanwhile, Alia Bhatt was seen in Sadak 2 with Sanjay.

Meanwhile, preparations for Ranbir and Alia’s intimate wedding are in full swing. According to reports, the couple will be getting married on April 14 at Ranbir’s Bandra home- Vastu- in the presence of family members and close friends. Ayan Mukerji and Karan Johar from the film industry are expected to be at the wedding. The mehendi ceremony will be held on April 13.

On the work front, Ranbir Kapoor and Alia Bhatt will next star in Ayan Mukerji’s Brahmastra, releasing on September 9, 2022.

ALSO READ: Ranbir Kapoor-Alia Bhatt Wedding: Rahul Bhatt: “I am going to be there for all the four days of festivities and celebrations”