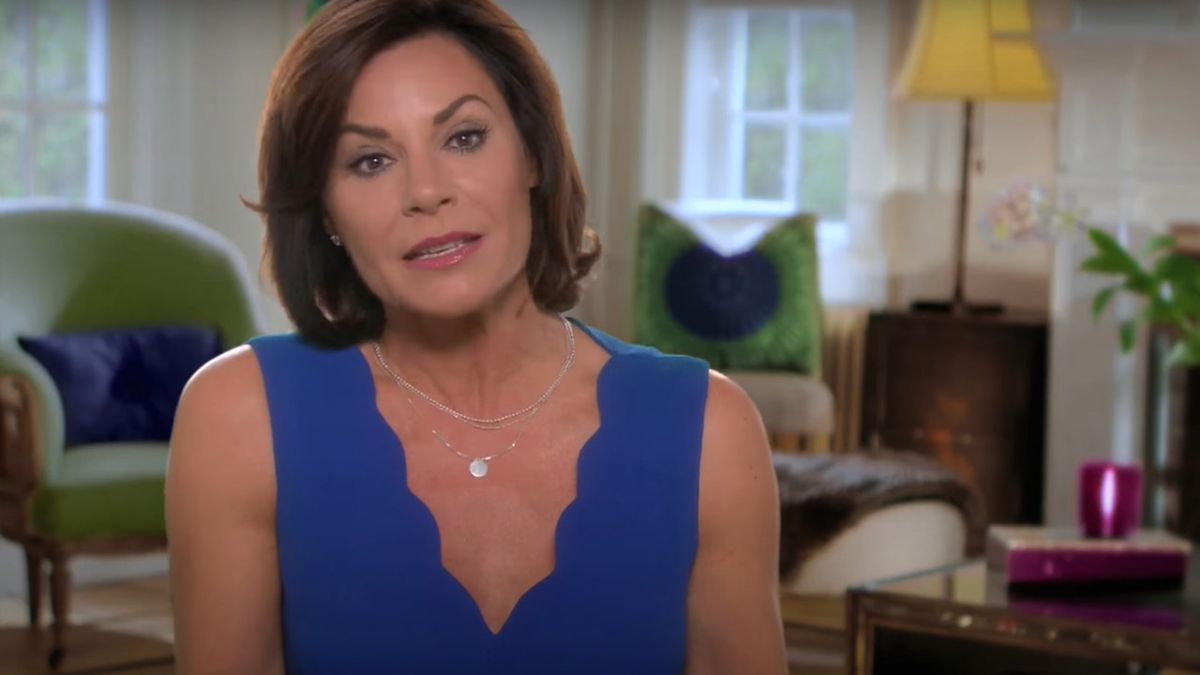 Earlier last week, a report came to light that a certain notorious “Countess” was having a little too much fun at a piano bar in midtown Manhattan. So much so that she was evidently kicked out of the establishment that night after engaging in drunken arguments with the crowd over mic time. Luann de Lesseps, of Real Housewives of New York fame, eventually confirmed that she was involved in the ordeal. But speaking to Andy Cohen more recently, the reality star got candid about the ouster being an unfortunate mistake.

The Real Housewives of New York alum did in fact apologize for the drunken bar night on social media this past weekend. She also fully admitted that the incident made her realize how “real” her issues with alcohol continue to be. (In 2017, she was arrested in Florida for disorderly intoxication and resisting arrest.) A few days later, Luann de Lesseps sat down with Andy Cohen on Watch What Happens Live, drinking a glass of her signature “Fosé Rosé,” and shared how she was keeping herself accountable. She said,

Luann de Lesseps has indeed endeavored to walk the sober path since her 2017 arrest. On subsequent seasons of the Real Housewives of New York and the eventual Ultimate Girls Trip spinoff, she would (for the most part) refuse to even drink alongside her castmates. Andy Cohen gave her those props on WWHL, but questioned why she would be at what he considers a “hustler bar dressed up as a cabaret”? The Bravo star responded that she didn’t know about the bar’s reputation, only that it was “pretty scary” when things went left and everyone started pulling out their phones to record.

Real Housewives Of New York In Flux With Shake-up News

In the midst of Luann de Lesseps’ bar troubles, it was confirmed that her mainstay show on Bravo is having quite the shake-up. There will now be two Real Housewives of New Yorks. One is a reboot of the original that will still air on Bravo, but with an entirely new cast to be recruited. The second is a spinoff slated for an unknown streaming platform that will feature solely New York all-stars and fan-favorites from over the years.

One would imagine that the Countess will have a spot at the alumni table. Prior to even her recent off-season drunken escapades, the 56-year-old has been known to be at the forefront of the drama when it comes to Real Housewives of New York. Yet, the question remains – if Luann de Lesseps is picking up the pieces of her sobriety once again, will she take the shake-up as another opportunity or will she simply turn a new leaf sans Bravo?

We shall see. In the interim, fans can catch up on the controversial last season of Real Housewives of New York and its predecessors on Peacock’s subscription service.