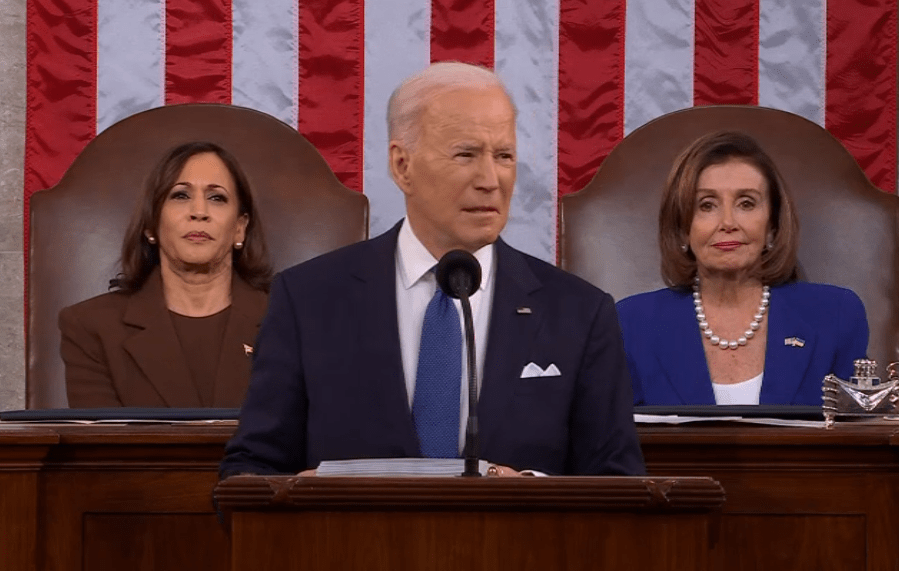 On Tuesday night, many Americans from Ukraine closely watched President Joe Biden’s State of the Union address as he tackled everything from Russia’s war against Ukraine to the American economy and the deadly pandemic.

On Pennsylvania Avenue, the U.S. flag and Ukrainian one flew on light poles from the White House all the way to the Capitol. Biden announced that the U.S. will close its skies to Russian aircraft during his address.

“I’m announcing that we will join our allies in closing off American airspace to all Russian flights, further isolating Russia,” he said.

The Rev. Andriy Chornopyski, of the Ukrainian Catholic National Shrine of the Holy Family, supports the decision. Chornopyski moved to the U.S. from Ukraine 9 months ago.

“Every effort, every move to decrease the power of our aggressor… [is] a good thing,” he said.

Chornopyski is a priest at a church in Northeast D.C. Now he’s concerned about his mother and father back home.

“I worried because for example today they heard the emergency sirens and they’re a small country, you know,” he said.

Chornopyski carries a sense of pride, smiling when the Ukrainian ambassador to the United States received a standing ovation.

“I feel that we are together. I feel we are welcomed here,” he said.

Chornopyski also asked people to continue to pray for peace, while Biden applauded the bravery of his home country.

“Russia’s Vladimir Putin sought to shake the very foundations of the free world… but he badly miscalculated,” Biden said. “Instead he met with a wall of strength he never anticipated or imagined. He met Ukrainian people.”

For more coverage on the State of the Union, go here.