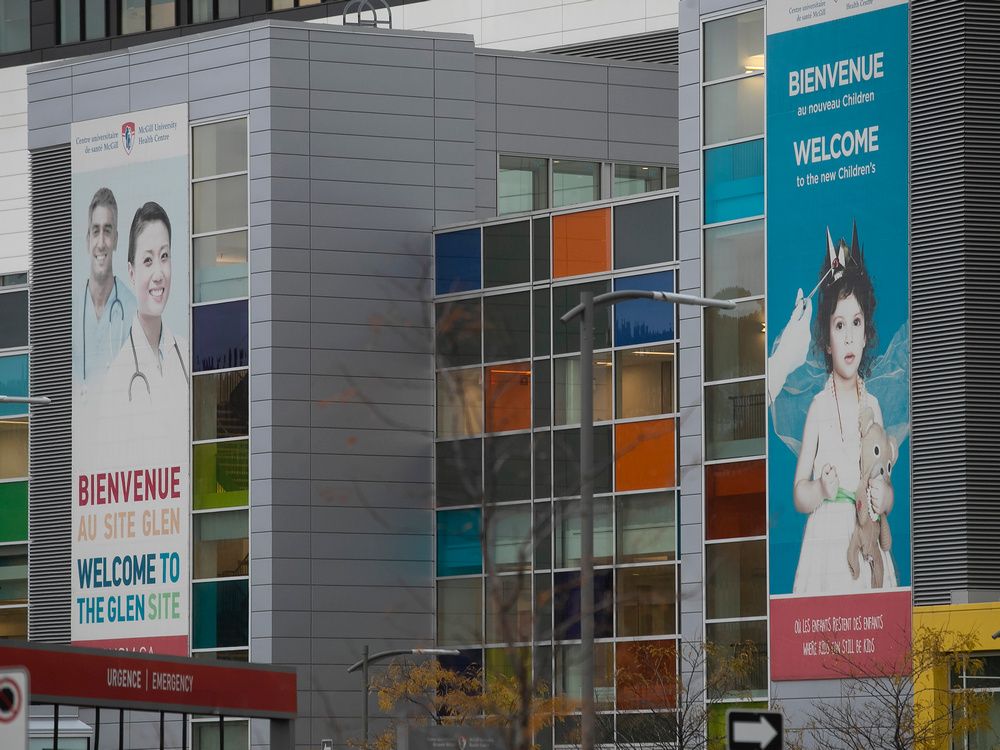 Systemic racism is a pervasive and longstanding problem in Quebec’s largest hospital network — with both staff and patients routinely discriminated against on the basis of their skin colour, religious background and ethnic origin, a major new report has found.

The Montreal Gazette obtained a preliminary draft of the 91-page report into racism, sexism and other forms of prejudice at the McGill University Health Centre, a bilingual network of five hospitals that treats patients from across Quebec, including Indigenous peoples and the Inuit of the Far North. Nearly two years in the making, the report is believed to be the first of its kind in Canada and comes months after repeated assertions by Quebec Premier François Legault that systemic racism does not exist in the province.

The report was commissioned by the MUHC board of directors following the death of George Floyd, a Black man, by a white police officer in Minneapolis, Minn., on May 25, 2020. The necessity for the report gained urgency following the death of Joyce Echaquan, a 37-year-old Atikamekw woman, at the Centre hospitalier de Lanaudière in St-Charles-Borromée. Echaquan recorded a Facebook Live video of her abuse and suffering by nurses shortly before her death on Sept. 28, 2020.

“A majority of the shared experiences and observations (by the study’s participants) may be classified as racism and to the wider extent as systemic racism,” the report concludes in unflinching language filled with chilling testimonials in both English and French of racism at the MUHC.

In one account, a Black employee recalled being insulted and assaulted by a manager, yet nothing was done.

“I was called the N-word and struck by my manager (multiple) times,” the employee told researchers. “HR did not discipline my manager nor did HR take any initiatives to provide me with a safe working environment to protect me from harm so the abusive behaviour of my manager persisted, and the HR agents got promoted.”

In another example that echoed the mistreatment of Echaquan, a health worker recounted the substandard treatment of an Indigenous woman who had gone into labour.

“She was brought in by an ambulance,” the worker told the researchers. “She was homeless and had been drinking. And there was a lot of judgment that she received, and I would say that the care … that she had during … her labour was really, really sub-par to what another person would have received. And that’s really disappointing. I was very shocked by that, and when I took over … I kind of was appalled by the things that weren’t done for this woman.”

The Gazette was unable to independently verify the allegations in those two anecdotes, but their inclusion in the report came after rigorous research and interviews lasting up to 90 minutes for each testimonial. MUHC officials declined to comment on the report until after it is submitted to the board on Sept. 23.

The findings of the report and its recommendations are in draft form and “not yet anchored by a fulsome  discussion and conclusion,” the MUHC said in a statement. However, MUHC executive director Pierre Gfeller insists that “the institution could and must do better to make the MUHC a welcoming, equitable and inclusive environment.”

The report was based on a survey of 712 staff and patients, focus groups and in-depth interviews with 34 participants. The anti-racism task force in charge of the report — chaired by two women of colour, MUHC board member Seeta Ramdass and Dr. Anita Brown-Johnson, chief of family medicine — hired an independent researcher to conduct the focus groups and analyze the data.

The Ramdass—Brown-Johnson report found that 55.7 per cent of survey respondents were somewhat to extremely concerned about the “impact of racism, anti-Blackness, and/or xenophobia at the MUHC.” In a separate survey of 228 employees of the Research Institute of the MUHC, 50 per cent were somewhat to extremely concerned about racism.

Among other survey results, 19.8 per cent of respondents believed that their psychological well-being had been harmed by racism at the MUHC; 42.8 per cent had experienced “micro-aggressions or overt racism” while at work; and 44 per cent had workplace conservations about discrimination.

Although the report observed that 84.7 per cent of respondents were somewhat to extremely confident in MUHC leadership “to create an inclusive workplace,” those answering the survey who are members of visible minorities were “less likely to report that they have confidence” in senior management.

In one testimonial, an employee criticized what they described as inaction by Gfeller, executive director of the MUHC, in addressing racism against Indigenous peoples. “Dr. Gfeller, I think in September sent out a memo about the … Indigenous situation with Joyce Echaquan and then … there is nothing a lot more that I see happening,” the employee said.

On Sept. 30, 2021, to mark the first anniversary of Echaquan’s death, Gfeller released a statement announcing that the MUHC would abide by Joyce’s Principle, which “aims to guarantee to all Indigenous people the right of equitable access, without any discrimination, to all social and health services.”

The report also cited examples of anti-Asian racism, Islamophobia, sexism and discrimination against members of the 2SLGBTQ+ community. In one instance, an employee recalled overhearing a conversation between two nurses during which an anti-Asian slur was uttered.

“I heard a … nurse at the (department) say to another … nurse ‘(name), open your eyes, you’re not Chinese!’ There were more than four nurses sitting in the charting area who all heard what (the person) said. However, they were all laughing and giggling, and no one stopped (the person). I was surprised to find a group of employees at the MUHC could be this racist and shameless.”

Women wearing hijabs have been subjected to discrimination as well, with one woman saying her head scarf was yanked off in an elevator. (It’s unclear from the report who pulled the hijab, an employee or visitor.) What’s more, some patients have reportedly refused to be treated by MUHC physicians donning a hijab.

The report recommends, among other things, the establishment of a “safe and anonymized reporting system” for patients and staff to flag instances of discrimination, and the appointment of an officer of equity, diversity and inclusion at the MUHC.

Testimonials from the MUHC report

The following are other testimonials, with the identities of the individuals withheld by researchers to protect their privacy:

“They love to talk about the diversity and there are a lot of Black people but guess where the Black people are? On the ground floor. All of the (security guards) are Black. All of everyone else aren’t Black, which is okay. But that’s not the hierarchy of diversity that we need.”

“(I) and another racialized colleague were told by a manager that us not taking our breaks to keep up with the work made us little slaves.”

“Well, first there has to be an admission that systemic racism exists. Without that, we have Premier Legault saying that not allowing a white man to be appointed as the (provincial) commissioner for anti-racism is (itself) racist.”