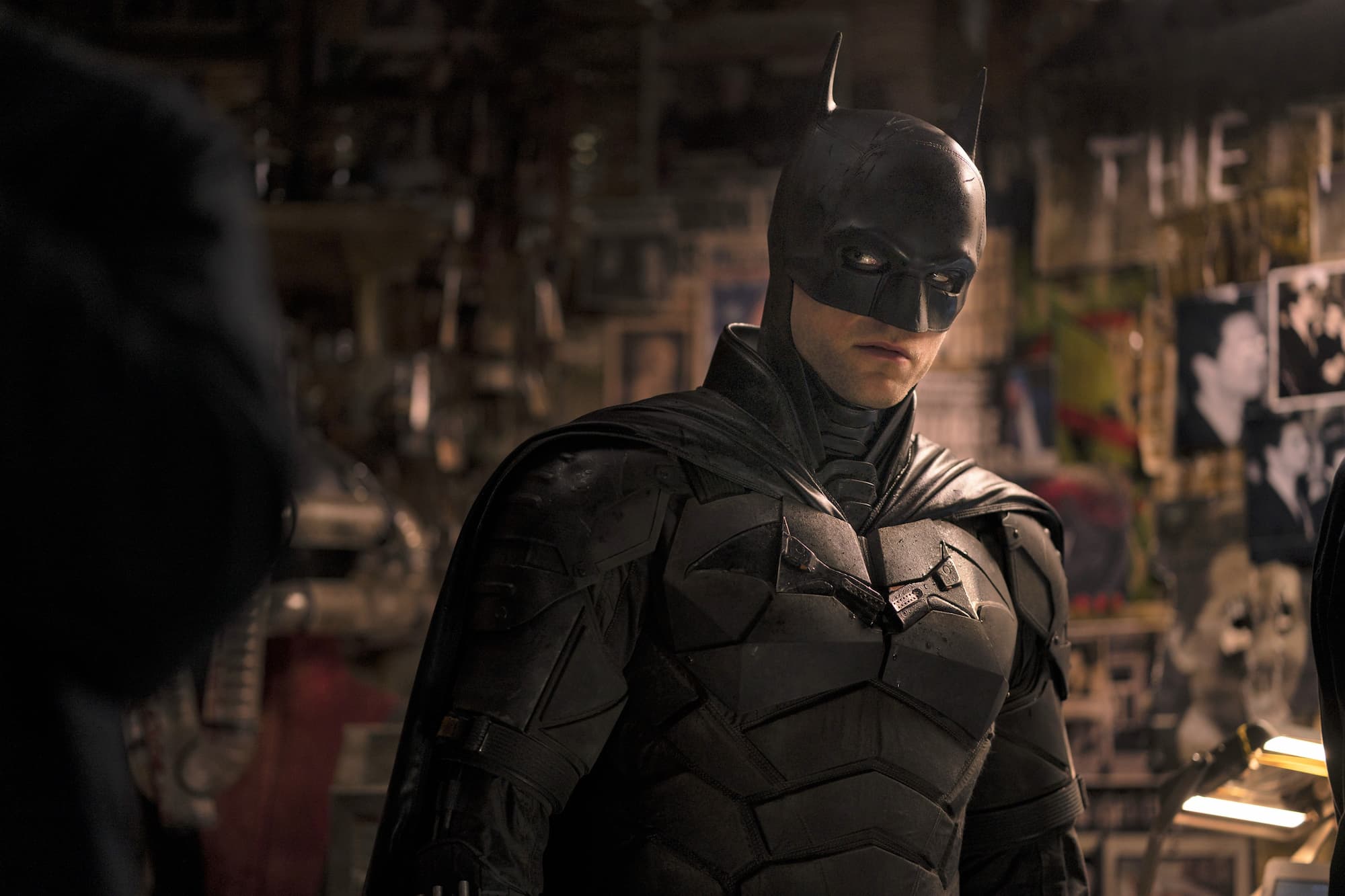 As brooding a Batman as you’re likely to see in a live-action blockbuster, the Caped Crusader returns to his roots as vigilante detective in the propulsive noir crime thriller The Batman (★★★★☆).

Setting aside superhero fantasy for a more grounded, gritty take on Gotham City, the film, directed by Matt Reeves (War for the Planet of the Apes) follows Batman fighting crime, and pounding the pavement to solve a deadly mystery.

In true noir detective fashion, our troubled hero narrates the epic tale of drugs, murder, and corruption in a sullen, knowing monotone, delivered with well-pitched rue by Robert Pattinson, starring as billionaire Bruce Wayne and his masked alter ego.

This Bruce, still haunted by his parents’ untimely death, makes few public appearances around town. He’s too busy tinkering alone in his Batcave, his eyes streaked in black makeup, with Nirvana’s “Something in the Way” turned up to eleven.

The portrayal suggests that, in the weird dichotomy of this guy’s fractured psyche, “Bruce Wayne” is the mask. And even while unmasked, the person we’re seeing is the Batman.

Reeves, who co-wrote with Peter Craig, locates an opportune moment in the crime-fighter’s career, two years or so into what Bruce calls his “project.” By all appearances, his mission to spread vengeance has subsumed his civilian identity, at least from the point of view of loyal butler, Alfred (Andy Serkis, sounding remarkably like Nolan-era Alfred, Michael Caine).

But Batman dives deeper into the darkness that consumes him as he investigates a series of gruesome murders of high-profile Gothamites. Aiding him on the hunt for clues is Selina Kyle (Zoë Kravitz), a cocktail waitress who moonlights as a fearless cat burglar.

They’ll both run afoul of mob boss Carmine Falcone (John Turturro) and his vicious lieutenant, the Penguin (Colin Farrell), while the entire city will cower in fear of the serial killer known as the Riddler (Paul Dano).

Reeves establishes the various friends and foes with refreshing conciseness, allowing that the audience might bring some familiarity with a character who’s been around for generations.

The movie’s not brief, clocking in at nearly three hours, but little of that running time is wasted on rehashing the minute details of multiple origin stories. In terms of backstory, the traumatic killing of the Wayne parents is handled economically and effectively.

The graphic murders of the central plot, on the other hand, shot in lush, moody reds and ambers by cinematographer Greig Fraser, are foregrounded like set-pieces out of a serial killer procedural.

The Riddler, prone to stalking and torturing his victims, and, of course, leaving behind a riddle or cipher to puzzle his pursuers, bears no trace of the goofball in green question-mark attire from earlier incarnations. He’s a scary psychopath duct-taped into his goggles and mask.

The costumes — from the Riddler’s spooky get-up to Selina’s catsuit, and Batman’s cowl and cape — are fierce and functional. Edna Mode would be pleased. The makeup ranges from evocative to fairly amazing in the case of handsome Farrell, transformed into scarred, husky gangster Oswald Cobblepot, better known as the Penguin. Farrell animates the visual creepiness with a slyly funny, tough-guy turn that pops and crackles without distracting, or detracting, from the movie’s dead-serious atmosphere.

Pattinson’s paranoid obsessive Batman could stand to lighten up a bit, although he and Kravitz do have combustible chemistry as the Bat and Cat cozy up during their nocturnal investigations. Sex appeal doesn’t go completely missing in this superhero outing.

Missing, but not missed here, are meta-humans and mega-weapons, alien invaders, and otherworldly disasters. Nobody shoots energy beams out of any outstretched body parts, and it’s all good.

It’s just Batman in action, outfitted with high-powered, yet realistic gadgets, chasing down leads, swinging off buildings, punching away at foes. Behind the wheel of his custom-built, muscle-car Batmobile, with Michael Giacchino’s brilliantly gloomy score throbbing underneath, he blazes a fearsome path through Gotham, the Dark Knight of an embattled city.

Whatever happens here, his work apparently won’t be done, as the film tosses out a juicy morsel of fan-bait teasing the next Bat-adventure.