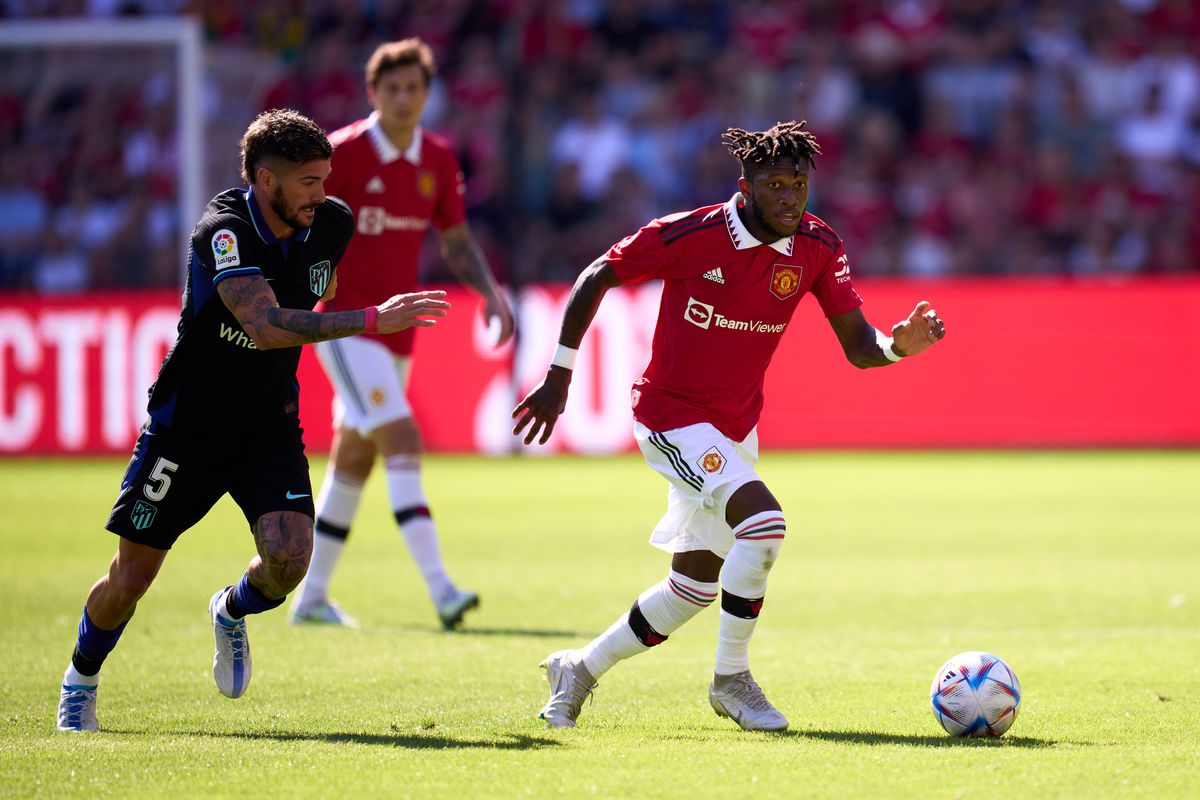 There is still no Cristiano Ronaldo in the Man Utd line-up.

Man United seemed to have the ball dominantly at the start of the match. A Marcus Rashford move in the third minute almost led to a goal if goalkeeper Jan Oblak didn’t make a save.

A minute later it was Anthony Martial’s turn to almost bring Man United ahead. Getting the ball Martial area can chase and kick off. The round skin bounced high over the bar.

Atletico are slowly trying to get into the Man United defense area. David De Gea’s goal was also under threat from Diego Simeone’s team.

The match had heated up and was colored by a commotion between players when the match entered the 39th minute. The riot started with Scott McTominay pushing Oblak in an aerial duel.

After that the Atletico players looked annoyed with the behavior of the Man United midfielder.

Towards the first half after Man United got a chance from Anthony Elanga. After receiving feedback from Rashford, Elanga who was in the penalty box opened fire. The ball can still be secured by Oblak.

At the beginning of the second half Atletico looked to display a different approach by trying to be aggressive in attack.

Atletico made a massive substitution in the 60th minute.

Los Colchoneros had a golden opportunity in the 68th minute. Joao Felix who combed the left side then released a pass into the face of the goal. Saul who tried to kick the ball into the goal actually made the round skin bounce far.

Christian Eriksen, who had just entered the field, sent a pass into the penalty area in the 73rd minute, but Rashford could not head the ball.

A minute later it was Rodrigo De Paul’s turn to fire a powerful volley that De Gea could still catch well.

Man United immediately replied through Tyrell Malacia, but the kick of the new player of the Red Devils was still off the mark. Not long after, it was Harry Maguire’s header that did not meet the target.

Man United’s chance to score again wasted in the 83rd minute. Rashford and Facundo Pellistri could not find the ball on the counter-attack.

Atleti scored in the 87th minute thanks to Joao Felix’s action. Getting the ball near the penalty box, the Portuguese did little to tinker with the ball and then fired. The ball hit the bottom left side of the Man United goal, De Gea was silent.

The match heated up again in the 90th minute. Fred fouled Alvaro Morata by deliberately kicking the Spaniard. The players from both teams had an argument again. Fred then got a red card.

The 1-0 score for Atletico did not change until the game ended. This is the first defeat for Manchester United in the pre-season. While for Atletico this was the second win in the warm-up period before the league started.