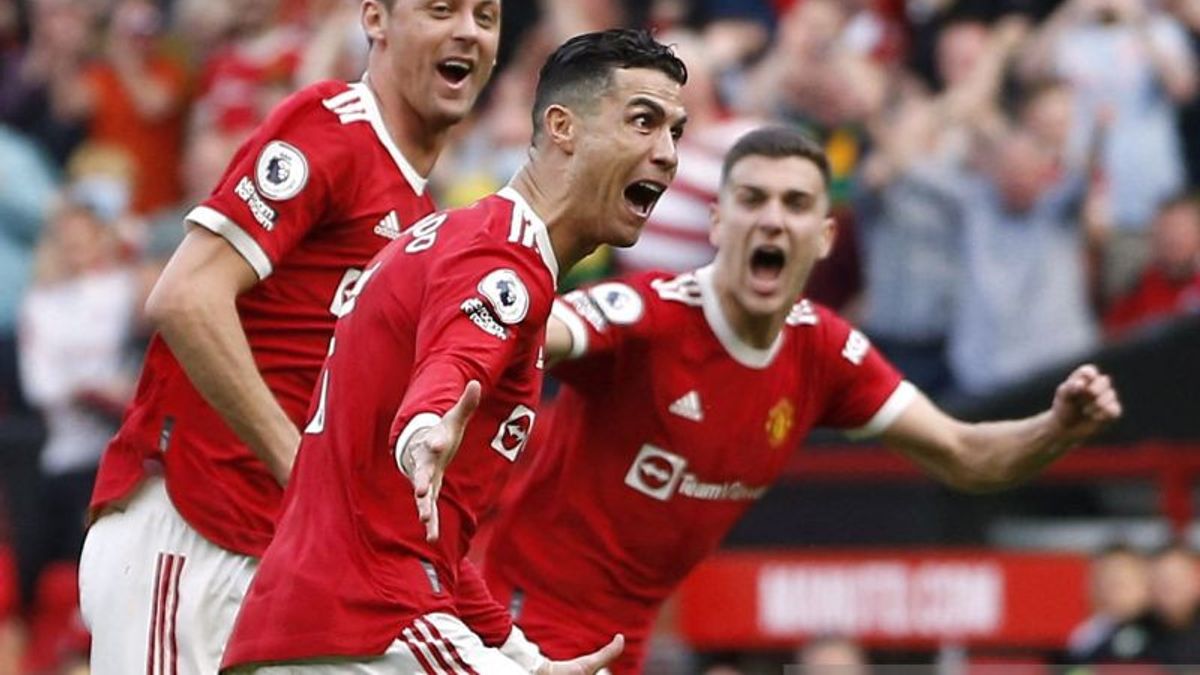 Playing in front of the public itself, Man Utd appeared kicked off from the early minutes. Cristiano Ronaldo got the confidence to go down as a starter in this match.

Ralf Rangnick’s decision to play Ronaldo was answered by a quick goal in the seventh minute. Anthony Elanga’s bait in the middle of the penalty box was successfully grabbed by Ronaldo.

Before releasing a mature bait, Elanga first managed to snatch the ball from Ben Gibson on the right side of the Norwich City penalty box. Elanga cleverly sent a flat pass in front of goal for Ronaldo to finish.

Ronaldo again became a scourge for the visitors through the second goal which was created in the 32nd minute. The Portugal international star managed to complete Alex Telles’ cross with a powerful header.

However, the host public was surprised by a Norwich goal that was struck by Kieran Dowell in the first half of injury time. The score 2-1 for Man Utd’s advantage lasted until the break.

Seven minutes after the kick off of the second half, Man Utd’s poor defense was unable to stem Norwich’s counter-attack. Teemu Pukki’s shot from the right side of the penalty box could not be anticipated by David de Gea. The score changed to 2-2.

This draw made the Red Devils try to appear more aggressive. However, the new host’s hard work was able to pay off in the 76th minute.

It is Ronaldo who returns to be a scourge for the Norwich defense. The megastar’s free kick to the left of the goal could not be anticipated by Tim Krul. Man Utd back ahead.

This positive result is very beneficial for Man Utd who are still ambitious to win the top four positions. Because their two rival teams, Tottenham Hotspur and Arsenal failed to win.

Man Utd currently has the right to occupy the fifth position in the Premier League standings with a value of 54. They are only three points behind Tottenham, who have both played 32 matches.

While Arsenal trailed in sixth place with a collection of 54 points but lost on goal difference to Man Utd.