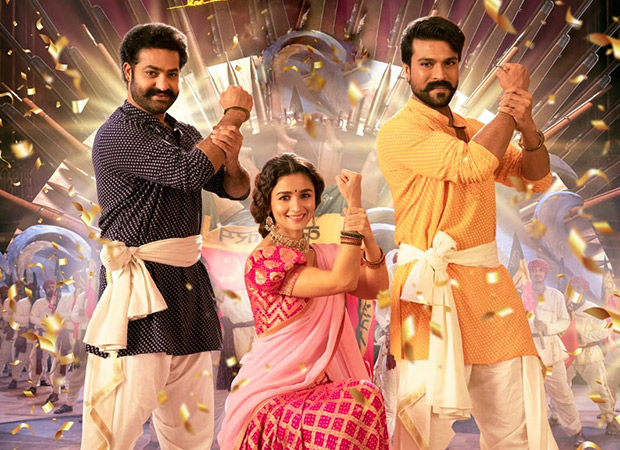 After collecting Rs. 13.50 crores on its second Friday, RRR has showcased a massive jump in collections on its 9th day. According to early estimates, this SS Rajamouli film has collected Rs. 19.50 to 20.50 crore, taking the total collections to Rs. 165 crore plus. The second Saturday collections are higher than the first day collections (Rs. 19 crore) of RRR.

The movie is now running in the league of its own and is headed towards a lifetime total of around the Rs. 250 crore mark, and has a bright chance of going past the total collections of The Kashmir Files to emerge the highest grossing film in Hindi belts. The run is simply historic, more so because it features two relatively fresh faces – Jr. NTR and Ram Charan – for the Hindi belts.

The business will see another jump on Sunday, and the 10 day total of RRR is expected to be in the vicinity of Rs. 190 crore. The movie will hit the Rs. 200 crore mark by Tuesday, and emerge the second film after The Kashmir Files to find a place in the prestigious club. With the humongous success of RRR, SS Rajamouli has emerged the biggest brand of Indian cinema, having delivered 3 back to back Pan India blockbusters.

RRR has also established Jr. NTR and Ram Charan as sellable names in the Hindi belt, giving them the wings to fly with all their upcoming films. The film is doing well across the nation – be it East, West, North or South – thereby becoming a Pan Indian phenomenon in true sense.