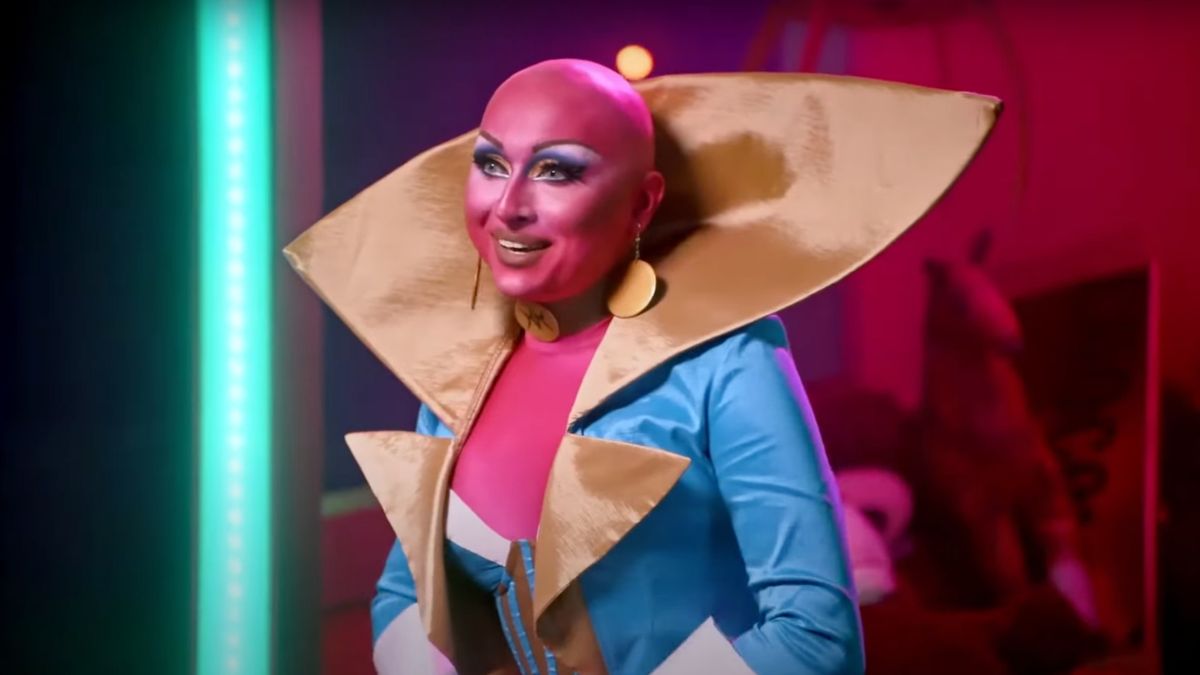 The Season 14 premiere of RuPaul’s Drag Race featured a variety of firsts for the Emmy-winning reality show. In addition to being the first season to feature two trans women of color (Kornbread “The Snack” Jeté and Kerri Colby) as contestants, Season 14 was also the first to host a heterosexual male drag queen in the form of Arkansas native Maddy Morphosis. The backlash that came from the casting decision, however, seemed to have blindsided the self-proclaimed camp queen.

In an interview with Out, Maddy Morphosis reacted to the fan backlash that erupted when her casting was announced (she uses she/her pronouns as Maddy and he/him pronouns out of drag). She said:

Why was Maddy Morphosis’ casting so contested? While the show has featured many shocking moments, fans had a specific concern. Many took umbrage at the fact that a white cis man was given the opportunity to compete when trans and BIPOC contestants have historically been overlooked or underrepresented. The casting pool for RuPaul’s Drag Race has been limited in the past, but more recent seasons have been expanding their horizons.

Certain fans of the show may not be totally enamored with Maddy Morphosis, but the comedy queen has garnered some support from other past contestants. Season 13 finalist Gottmik, the first trans male participant, revealed that they had received some negative online feedback after their casting and spoke out in support of Maddy Morphosis. Their sentiment “drag is for everyone” certainly seems to be echoed by the current casting of Season 14, but Maddy Morphosis is definitely aware of the discrimination that some entertainers can face outside of RuPaul’s Drag Race. On Instagram, she said:

With the inclusion of both trans women of color, trans men, nonbinary people, and even straight cis men like Maddy Morphosis, it seems as though RuPaul’s Drag Race is beginning a new chapter in contestant diversity. Only time will tell if the casting team continues to “cast” a wider net.

Season 14 of RuPaul’s Drag Race is currently airing on Fridays on VH1. Looking to catch up on past seasons? Indulge your charisma, uniqueness, nerve, and talent when you subscribe to Hulu. Still not enough drag? RuPaul’s Drag Race UK Versus. The World is set to premiere on February 1.