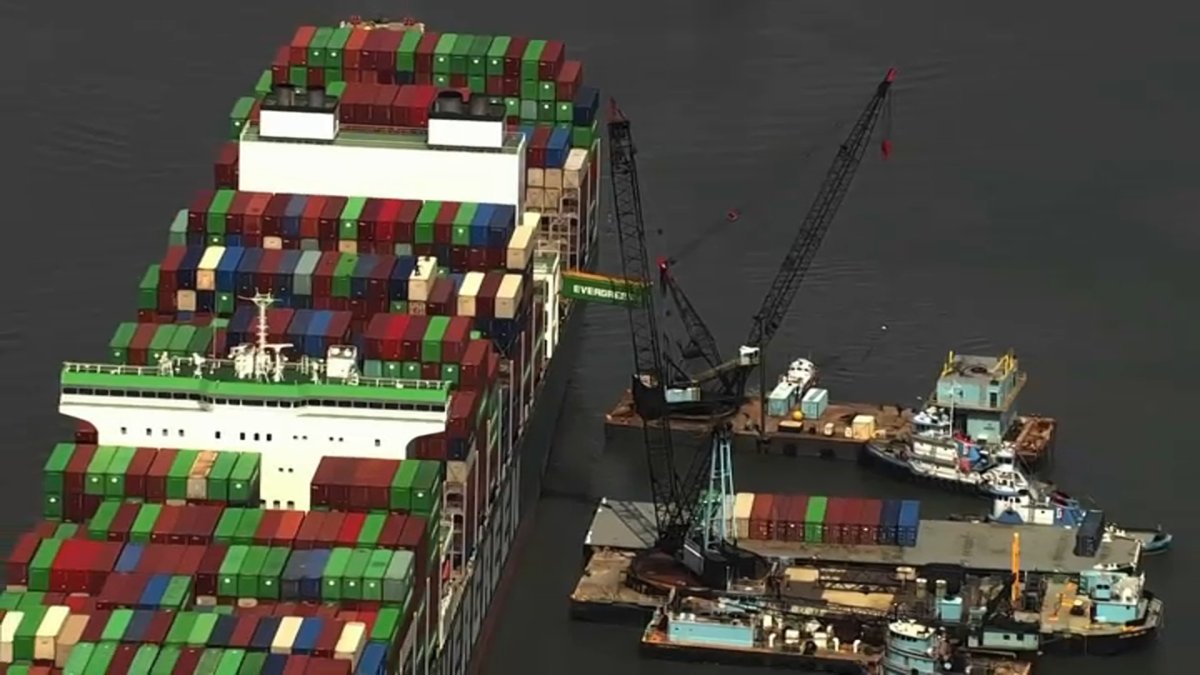 Salvage crews are removing hundreds of cargo containers from the ship stuck in the Chesapeake Bay.

A crane on a barge anchored off the port side of the Ever Forward removes cargo containers one at a time and places them on a barge to transport them back to the Port of Baltimore.

The Ever Forward has been stuck since March 13 when it missed a turn in the shipping channel and ran aground.

After two weeks of dredging and two failed attempts to pull the ship out of the mud, the plan now is to lighten the load, but offloading in open waters is risky.

“I think you gotta weigh that against the potential of leaving the ship grounded for an extended period of time,” said Campbell University maritime historian Salvatore R. Mercogliano, Ph.D. “The longer she sits on the bottom, the more likely damage to the hull will happen. I mean, it’s just a matter of time.”

“They’re going to start removing containers off the vessel, but they’re going to keep dredging,” he said. “And what they need to do is get that vessel lighter.”

According to the U.S. Coast Guard, on Saturday they removed 22 cargo containers, and Sunday an additional 21 containers were removed.

The Coast Guard says the goal is to get 500 containers – about 7.5 tons – off before trying again to pull the ship out of the mud. The target is April 18 when the tide will be at its highest.

The plan is to put a second crane and barge on the starboard side to expedite the process.