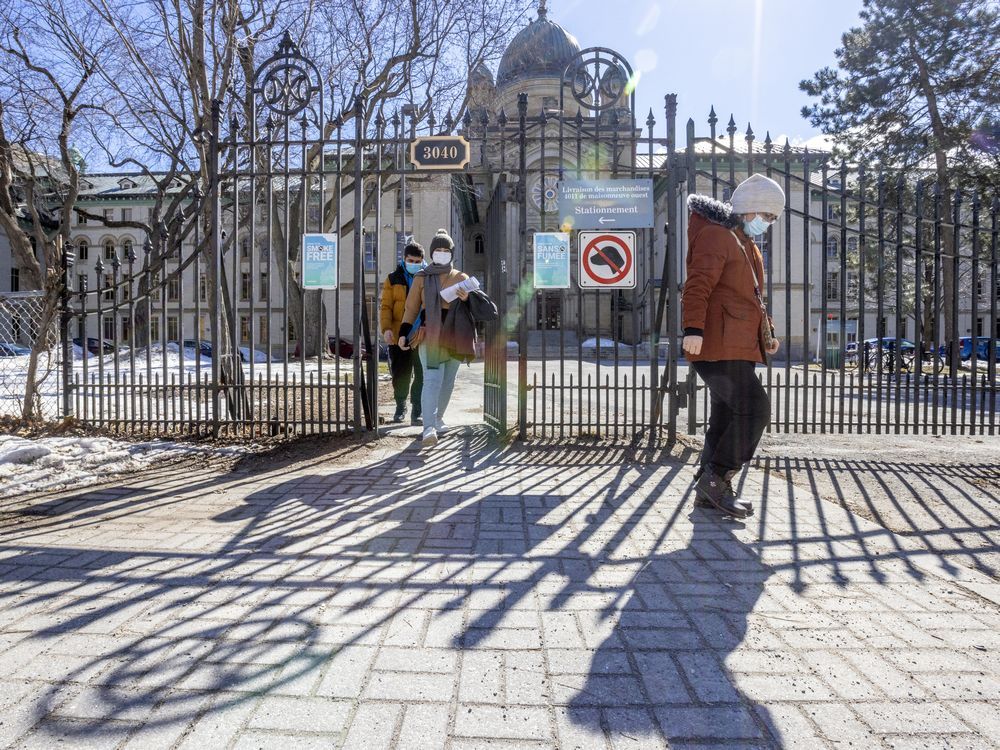 The day after Quebec released a $145-billion budget, including $28.4 billion for education spending, the government confirmed that no money is available to fund a new pavilion at Dawson College.

“Available financial resources are limited, so the Quebec government has chosen to prioritize projects that add space in francophone CEGEPS,” Higher Education Minister Danielle McCann wrote in a letter sent Wednesday to Dawson’s board of governors.

“There is a dangerous undercurrent in this decision based on a level of discrimination never before witnessed in the history of the Quebec CEGEP system,” she wrote. “It is divisive and goes against the most fundamental principle of higher education, of accessibility, of equality and equity.”

Gauvin said the controversial decision “has sowed the seeds of an ‘us vs. them’ approach to education at a most troubled time in the world’s history that calls for unity, not division.”

Dawson’s infrastructure project would have created a student-run health clinic that would serve thousands of Montreal patients a year.

Under the plan, Dawson students would provide X-rays, ultrasounds, blood tests and other medical procedures while supervised by experienced teachers, in a state-of-the-art health campus on Ste-Catherine St. between Atwater Ave. and Wood St.

On several occasions last year, Quebec Premier François Legault publicly supported the $100-million expansion, which was supposed to house 830 students and 130 faculty under one roof.

The health campus, slated to open between 2026 and 2028, would give adequate space to students training to be nurses, technologists in diagnostic imaging, ultrasound, radiation oncology, social work and physiotherapy, all while Quebec is crying out for health-care workers.

But Gauvin said the school is being denied equal treatment based solely on the language of instruction. Dawson’s senior managers and staff have worked with the ministry and other civil servants for seven years to bring the project to fruition.

“Millions of dollars of taxpayers’ money have been wasted in this process,” she wrote.

“Instead of being acknowledged as a model of diversity and inclusion for all Quebecers, we have become a target for some as a symbol of something that is threatening, that needs to be stopped.”

The president of the Fédération des cégeps said he disagrees with the decision to cancel Dawson’s expansion, noting that the education ministry acknowledges that Dawson lacks adequate space for its students.

“A lot of money has been spent over seven years and a lot of planning was done,” Bernard Tremblay said.

“We’re talking about equality of services for all Quebecers. I share (Dawson’s) disappointment.”

In the highly charged public debate about the vitality of French in Quebec, Dawson is being unfairly singled out as contributing to the problem, he said.

“We are proposing a simple solution to a complex problem,” Tremblay said. “It’s a bad solution.”

The decision to scrap the Dawson expansion comes as Quebec is planning to cap enrolment at anglophone CEGEPs and require English students to take three additional courses in French to graduate.

If Bill 96 is adopted, English CEGEP students will be required to take three of their core courses in French, in addition to two mandatory French second-language courses. That means students will need to take five classes in French to obtain their DEC, likely starting in the 2023-2024 academic year.