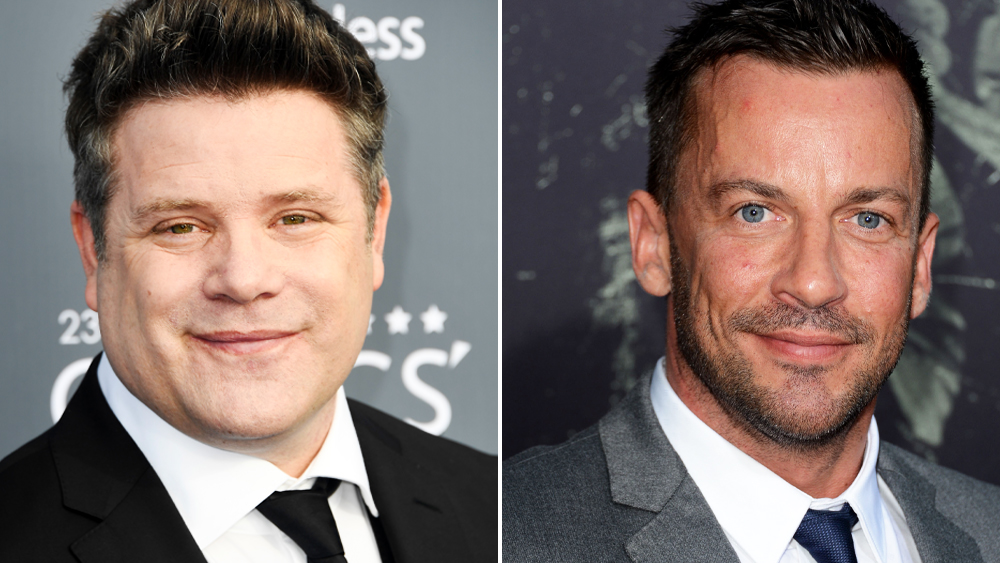 EXCLUSIVE: Sean Astin (Stranger Things) and Craig Parker (Good Trouble) have signed on to star alongside Domenica Cameron-Scorsese in Jason Mac’s political thriller, A Social Contract — the filmmaker’s follow-up to his directorial debut A Father’s Legacy, which was released by Cinedigm last year. (Check out the first still from Mac’s new feature, currently in production in Illinois, below.)

In the film exploring the dynamics and social constructs of power, relationships and government, a political dinner turns deadly when a group of power-starved politicians fight for a seat of survival on a helicopter at the onset of a nuclear war. While Astin will play the lead role of Senator Bennett Wilde, details as to Parker’s part haven’t been disclosed.

Astin told Deadline that the thriller is “about what we mean to each other when we are afraid we are going to die.”

“I’ve long been fascinated by the idea of ‘if I knew I were going to die tonight….what would my last hours be?’ Would I try to run our escape? Would I be in denial? Or try to accomplish one last thing or right a wrong?” added Mac. “So, to take that thought and apply it to a group of power starved politicians allows us to strip away that social mask we all wear. We get to reveal the desperate and darker parts of what lives inside us. And we get to explore at what cost is our personal survival.”

Astin is known for turns in such notable big-screen titles as The Goonies, The War of the Roses, Encino Man, Rudy, Courage Under Fire, the Lord of the Rings films, 50 First Dates, Click and Gloria Bell. He played Joyce Byers’ (Winona Ryder) boyfriend Bob Newby in the second season of Netflix’s Stranger Things and has also been seen on series including Young Rock, The Strain and 24, among many others. Other upcoming projects for the actor include the second season of HBO’s Perry Mason, XYZ Films’ true-crime thriller The Man in the White Van and the cycling drama Hard Miles with Matthew Modine.

Parker starred alongside Astin in the Lord of the Rings films, portraying the elf Haldir, and has also appeared in films like Underworld: Rise of the Lycans. He’s also been seen on such series as Good Trouble, Charmed, Reign and Spartacus, to name a few.