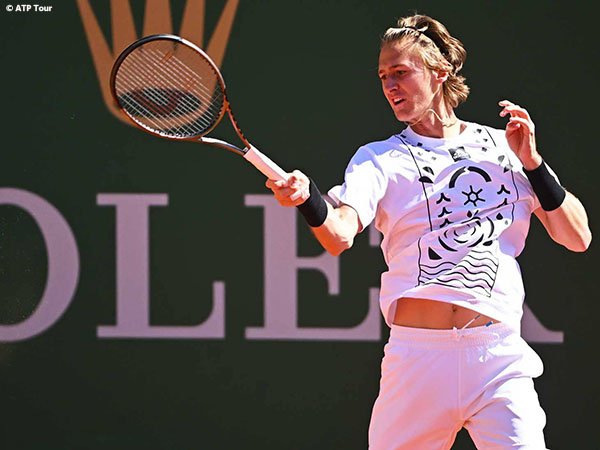 Sebastian Korda of the US, picked up his first win on his debut at the Masters 1000 tournament, the 2022 Monte Carlo Open.

The 21-year-old successfully beat Dutchman Botic van de Zandschulp 7-5, 6-4 to advance to the second round of the Monte Carlo Open.

Sebastian Korda saved a set point at 5-5 in the first set with a serve in the hands of van de Zandschulp and came back from falling behind with a break in the second before coming out victorious after 1 hour 36 minutes.

The tennis player, who won his first career ATP title at clay-court Parma last season, has now leveled his head to head against van de Zandschulp at 1-1.

The second round of the Monte Carlo Open, Korda will face the champion of the Miami Open 2022 season, Carlos Alcaraz, which will be a rematch of last season’s Next Gen ATP Finals final which was won by a Spaniard.

Korda’s father Petr was a doubles champion of the Monte Carlo Open in 1990 and 1993. He followed in his father’s footsteps by playing in doubles with compatriot Taylor Fritz.

In other action, 2019 Monte Carlo Open champion Fabio Fognini booked a place in the second round with a 7-5, 4-6, 6-3 victory over Frenchman Arthur Rinderknech after 2 hours 30 minutes.

Italy’s Fognini, who defeated Serbian Dusan Lajovic in the final of the 2019 Monte Carlo Open to win the biggest title of his career to date, will next challenge defending champion Stefanos Tsitsipas.

“I feel happy. It was a difficult first game, but I’m happy to get through it and now a good match is coming. It will be very tough against Stefanos. Hopefully people will come and watch me in the next round,” said Fognini.