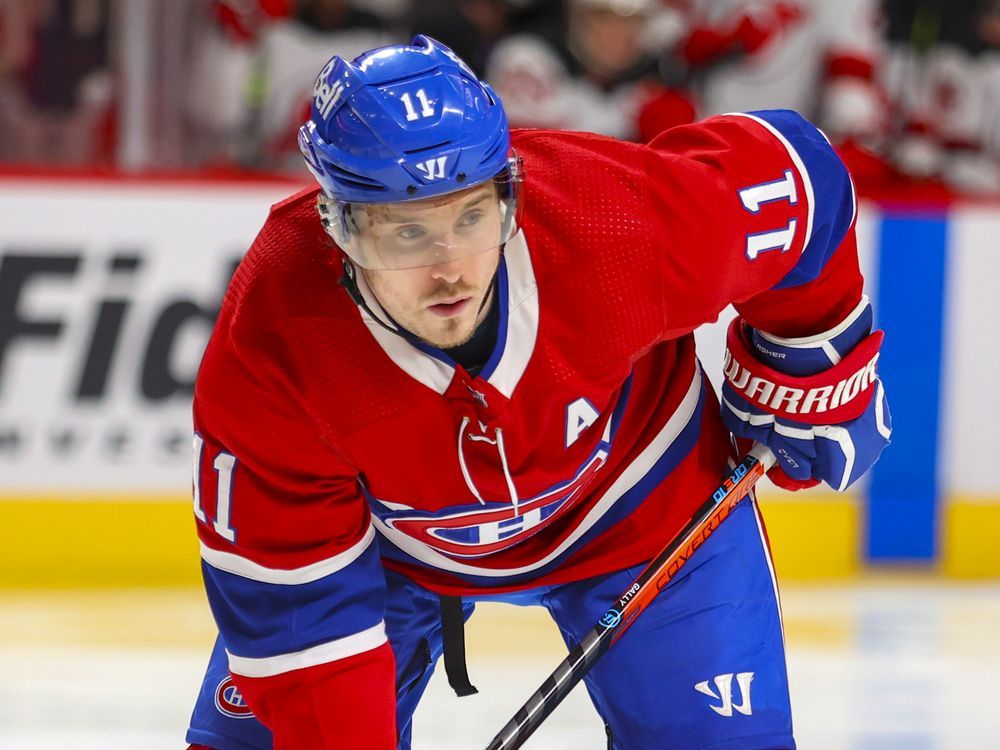 Price getting close? Carey Price, who has yet to play a game after off-season knee surgery, practised with the Canadiens on Monday and looked very good, but head coach Martin St. Louis said he’s not sure when the goalie might make his season debut. That means Jake Allen is expected to be in goal for the ninth time in the last 10 games. In his last eight games since returning from a lower-body injury, Allen has a .919 save percentage. He has faced more than 40 shots in each of his last six games.

Gallagher expected to play: Brendan Gallagher is expected back in the Canadiens’ lineup after missing the last eight games with a lower-body injury. Gallagher has missed 26 games this season because of injuries and has 5-9-14 totals in the 43 games he has played. The 29-year-old is in the first season of a six-year, US$39-million contract with an annual salary-cap hit of $6.5 million.

Caufield keeps scoring: Cole Caufield was named the NHL’s rookie of the month for March after posting 7-8-15 totals in 15 games and continued his hot streak into April by scoring again in Saturday’s 5-4 shootout win over the Lightning in Tampa. Caufield was the first Canadiens player to be named rookie of the month since Price in March 2008. In the 24 games since St. Louis took over as head coach, Caufield has 14-12-26 totals, giving him 15-19-34 totals in 54 games this season to rank second in team scoring behind Nick Suzuki (18-33-51). Suzuki is the only Canadien to play in all 69 games this season.

The kids are all right: The Canadiens had three rookie defencemen in the lineup — Jordan Harris, Justin Barron and Corey Schueneman — when they beat the Lightning Saturday night. Harris, 21, was making his NHL debut after four seasons at Northeastern University and didn’t look out of place while logging 15:55 of ice time and also playing during overtime. Barron, 20, had 20:26 of ice time in his third game with the Canadiens after being acquired from the Colorado Avalanche in the Artturi Lehkonen trade. Schueneman, an undrafted 26-year-old, has been a pleasant surprise for the Canadiens this season with 2-3-5 totals in 19 games.

Senators on a roll: The Senators are coming off back-to-back victories over the Red Wings, beating them 5-2 last Friday in Detroit and 5-2 again on Sunday in Ottawa. Senators centre Josh Norris recorded his first NHL hat trick in Sunday’s game and the 22-year-old also hit the 30-goal mark in only his second full NHL season. Before Sunday’s game, the Senators showed a video honouring Eugene Melnyk, the team owner who died March 28 at age 62 after a lengthy illness. Brady Tkachuk leads the Senators in scoring with 23-26-49 totals, followed by Norris (30-13-43) and Tim Stützle (14-28-42).