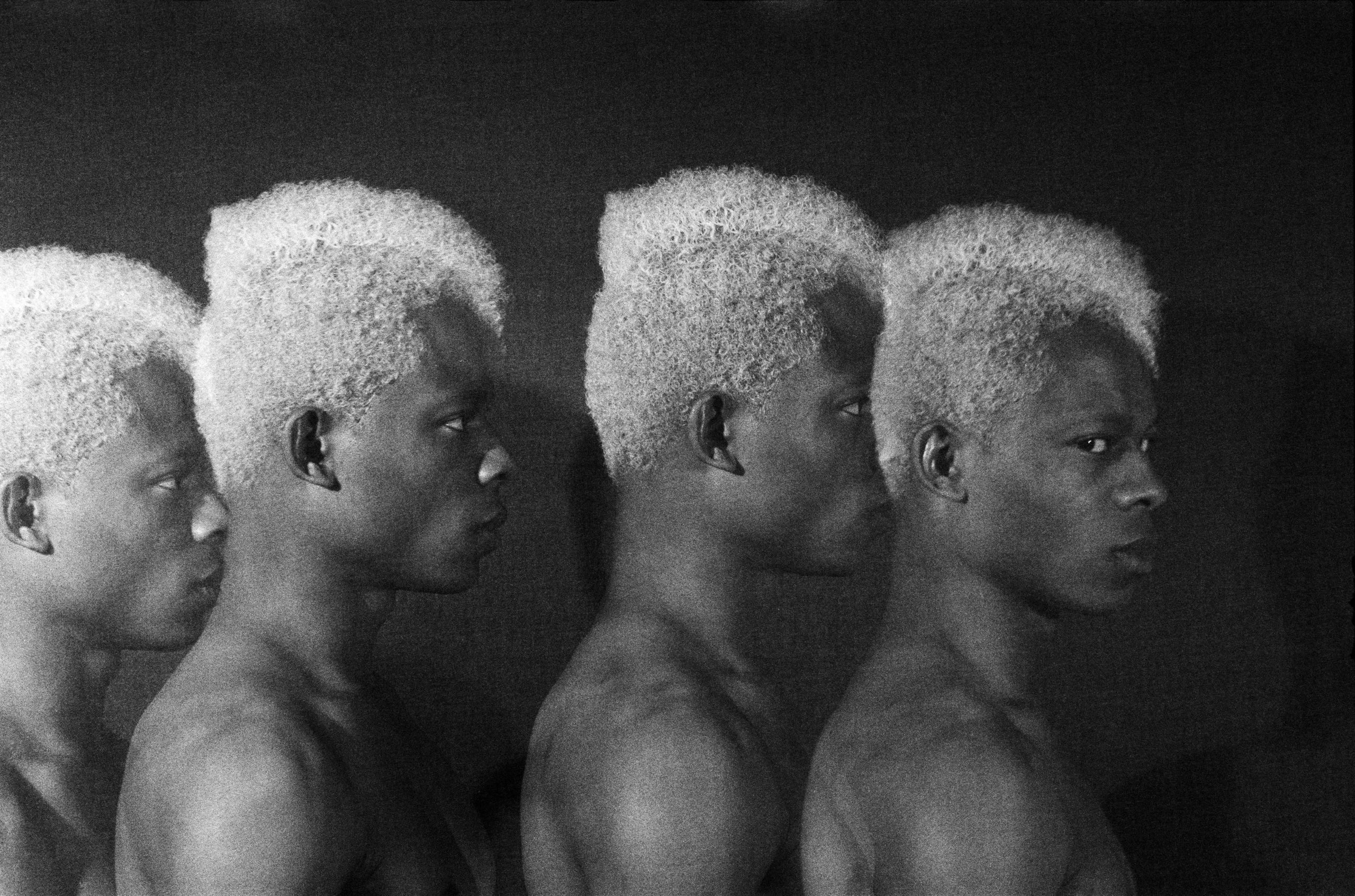 As a child, Rotimi Fani-Kayode fled the Nigerian Civil War and settled in England. In 1976, he came to the United States to enroll as an undergraduate at Georgetown University. After earning an MFA from New York’s Pratt Institute and connecting with now-famed photographer Robert Mapplethorpe, Fani-Kayode began what turned out to be just a six year career in photography, most of it back in the U.K. It was cut short when he died at just 34 in 1989, in the middle of the AIDS epidemic. Now, decades later and with his reputation on the rise, Georgetown is exhibiting LOOK: Rotimi Fani-Kayode (1955–1989), a small retrospective featuring Fani-Kayode’s images, and a short documentary. In his works, Fani-Kayode addressed many of the same themes as Mapplethorpe—notably sexuality and race—but he set them within the context of what he called “contemporary Yoruban art.” Works in the exhibit include a vaguely religious parable with two figures embracing; a self-portrait lit brightly from below while wearing a black-hooded cape; a nude posing with an unsettlingly large pair of shears; and figures wearing masks that evoke the Dan culture of the Ivory Coast and Liberia. One hyperreal image features shining white teeth biting into a bright red tomato. Perhaps the most satisfying image is a quadruple exposure with four successive iterations of the subject’s head, the final one sending the viewer a devastating side-eye. LOOK: Rotimi Fani-Kayode (1955–1989) is on display through April 3 at Georgetown University’s Maria & Alberto de la Cruz Art Gallery, 3535 Prospect St. NW. delacruzgallery.georgetown.domains. Free.