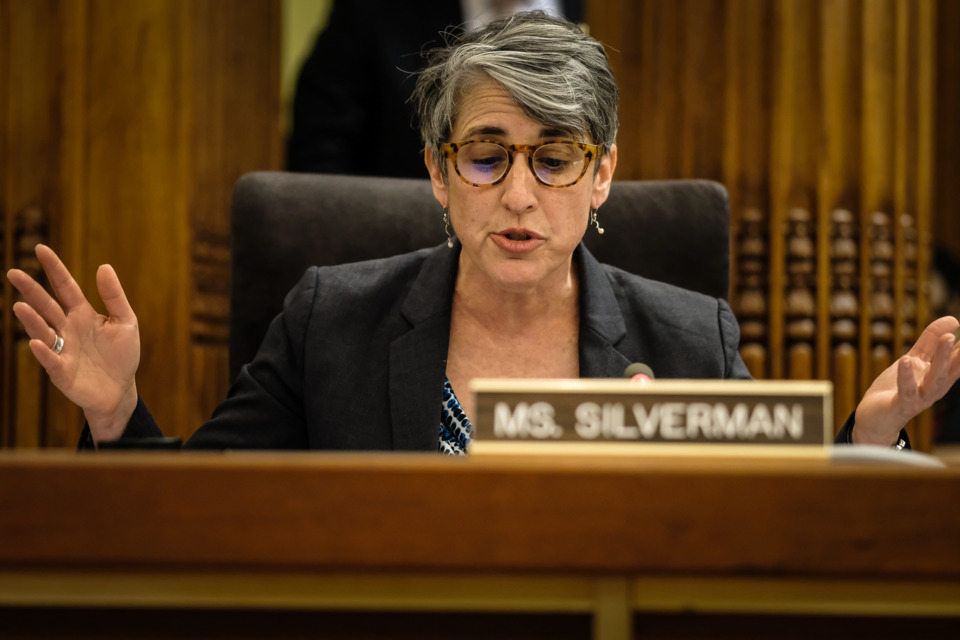 Nearly three months to the day since At-Large Councilmember Elissa Silverman announced the Domestic Worker Employment Rights Amendment Act of 2022, the Committee on Labor & Workforce Development, which she chairs, is holding a public hearing on the legislation. The bill would grant the approximately 9,000 domestic workers in D.C. protections against workplace discrimination and exploitation. On Thursday at 11 a.m., nannies, home care workers, house cleaners, cooks, and others who work in home settings in the District will speak about their experiences and offer input on the bill. The bill has eight co-signers—one more than the majority needed to pass the full Council.

The bill would require anyone in D.C. who hires a domestic worker for more than five hours per month to provide a written contract that sets standards for hours, pay, and the scope of the work. It would also include domestic workers, who are mostly Black and Brown women, under local laws that protect against workplace discrimination and unsafe working conditions.

The bill also has a solid network of support from D.C.-area faith leaders: 45 leaders spanning different faiths throughout the District have signed onto a “Faith Leader Pledge in Support of Domestic Workers.” Bill Mefford, executive director at The Festival Center, an organization connecting faith-based groups and social justice organizations, began organizing faith leaders in advocacy efforts after he realized that farm and domestic workers excluded from labor protections enacted in the 1930s remain so today.

For Francisca Alvarez, who came to D.C. 29 years ago from the Dominican Republic, where she was an accountant, childcare was a new field she enjoyed after first working as a house cleaner. She loved the challenges of being a nanny and helped her children learn Spanish.

But these joys were overshadowed by the poor work conditions, she says. The verbal agreements Alvarez had with her employers were initially fine. She was expected to organize the children’s rooms, prepare their food, take them on trips to the park, and do some light cleaning while the children were asleep. But soon the parents fired their house cleaner and asked her to do deep cleaning as well. This demand meant she couldn’t take a lunch break and diverted her attention away from the kids she was supposed to be caring for. Without a written agreement, Alvarez was forced to either meet the parents’ demands or leave the job, she says.

The second family she worked with treated her well—until parents started arriving late from work. Her workday was set for 9 a.m. to 5:30 p.m. Their delays escalated from 30 minutes to up to two hours, Alvarez says. At the time, she had a small daughter of her own in day care. If she was more than five minutes late picking her up, the day care charged an extra $2 per minute.

The parents wouldn’t compensate her for the extra time, she says, and instead offered apologies and promises not to be late again.

“We also have children, have dreams, have families, and deserve to be well paid so that our children can also go to college,” Alvarez says.

After that job, Alvarez refused to work without a written contract. She demanded health insurance and for two weeks of vacation per year so she could visit her home country. Silverman’s bill doesn’t include health insurance or paid time off, but Alvarez is pushing to add those benefits.

The bill would also put the onus on the city to engage and educate the public about domestic workers’ rights and supply template employment contracts for domestic workers.

Caroline Davis recalls the “awkward” situation where, as a young mother in Capitol Hill, she had a makeshift written contract for her nanny. It was tough to gauge a good standard of pay, vacation time, work hours, and daily breaks, she says, and other families didn’t want to talk openly about it. Davis says the educational component of the bill will fix that.

“Trying to navigate private spaces, but with professional boundaries, that’s something I think we have a hard time doing as a people,” Davis says. “Being given the tools to try and do that better, that feels like such a gift.”

You can watch the public hearing tomorrow at 11 a.m. EST at facebook.com/CMElissaSilverman.

NOTE: We have updated a quote from an earlier post.