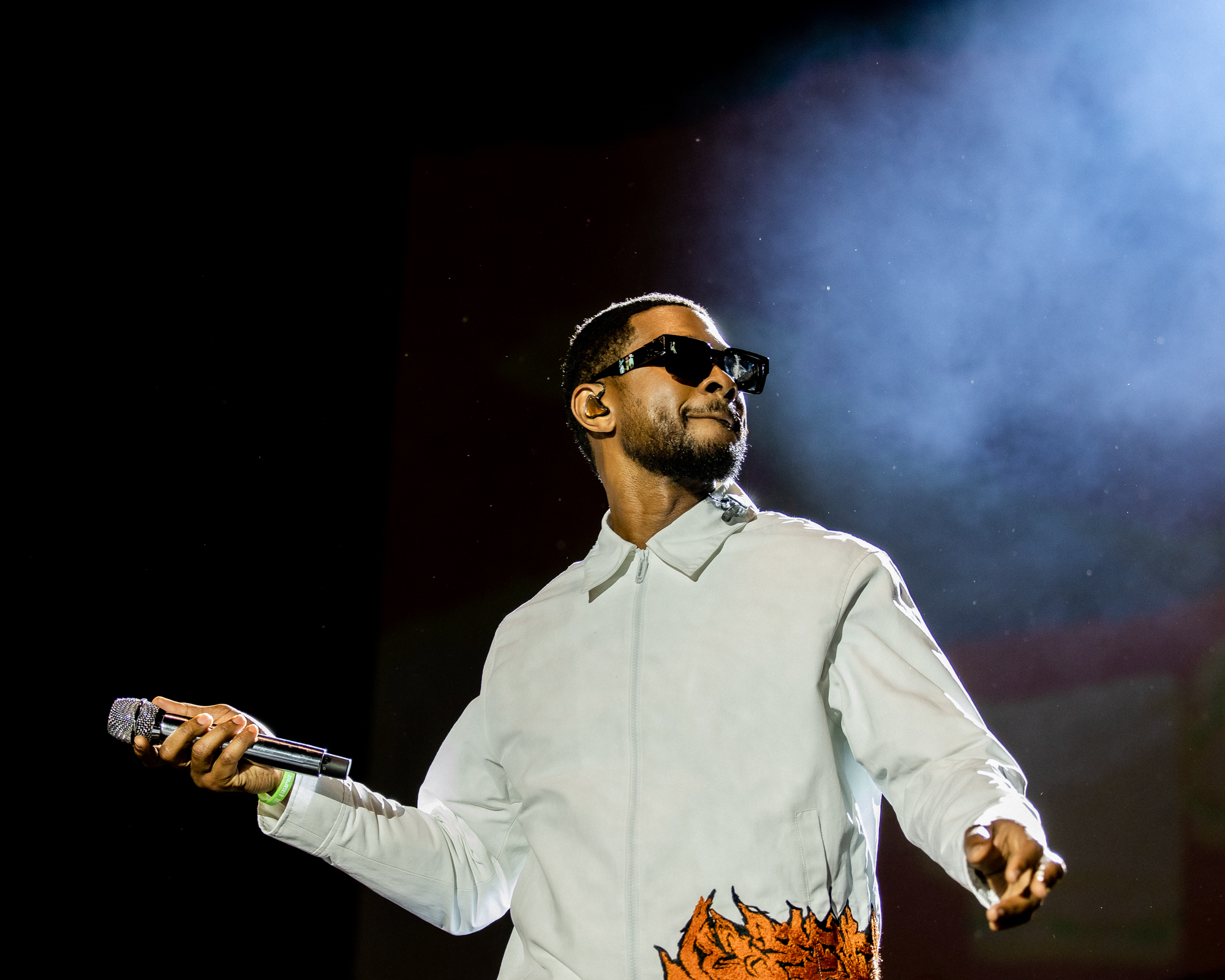 In the shadow of the Capitol and under sweltering conditions, the first day of Pharrell Williams’ weekend-long Something in the Water Festival kicked off on Independence Avenue SW on June 17. Initially launched in his hometown of Virginia Beach in 2019, Williams moved the festival to D.C. after the shooting death of his cousin by Virginia Beach police (his family feels they never got sufficient answers from local authorities). But with a new location comes new headaches, and that was certainly the case with the first day of the festival.

For reasons never explained, the festival is being held on Independence Avenue instead of the Mall itself, confining the event to the space between 3rd and 8th streets SW. Yes, you get a feel of it being a huge block party—an incredibly congested one as 25,000 attendees (according to D.C. police) crammed into the festival “grounds.” Needless to say, the lines to get in were long.

With the main Sun Stage at one end of the festival and the secondary Moon Stage at the other, along with the third Earth Stage tucked away near the main stage, navigating the area was next to impossible. A long line of vendors congested foot traffic even more on the north side of the avenue.

There was no shade to speak of, and the oppressive 98 degree heat (if you arrived looking cute in your festival attire, that was gone 10 minutes later) radiated off the concrete, where some festivalgoers were forced to sit in order to eat their food.

The festival’s stages were really small—another side effect of location. Confined to the width of Independence Avenue, each stage was undersized compared to standard festival stages. The narrow roadway also caused bottlenecking at each stage. There was simply no room for the crowd to spread out, and the sound bounced off surrounding buildings, making for a very muddy production. Why Williams, the mayor’s office, and Live Nation (producer of the festival) decided not to work with the National Park Service to hold this on the Mall itself is unknown, but it would have alleviated the congestion, given attendees grass and shade options, and allowed for much larger stages.

To their credit, organizers provided free water to everyone and reminded them, via the festival’s app, to stay hydrated. (The app also plugged Williams’ new sunscreen, alerting attendees that it’s available to sample and pre-order.)

Despite all the logistical issues, the performances were on point. 6LACK, Ozuna, Roddy Ricch, and Quinn XCII (the only one who dressed appropriately for the weather, looking like he stopped by his performance on the way to Home Depot), each turned in solid sets.

As the day progressed, so did the delays. By the time Friday’s headliner Usher took the stage, he was more than 30 minutes behind schedule. Even the R&B crooner was feeling the heat in his leather pants. “It is hot as hell up here, but I’m enjoying myself,” Usher said from the stage. At one point, he asked the crowd to jump—a tough ask given that most had been standing on hot concrete for nine hours.

At the end of his set, Usher brought on stage R&B singer Eric Bellinger, and later Williams, who aided in the performance of “U Don’t Have to Call.”

Something in the Water, which is also available for streaming on Prime Video, continues through June 19 with performances from Pharrell and Friends, Bad Brains, Marina the Scientist, Tyler the Creator, Ashanti, Dave Matthews Band, and more.