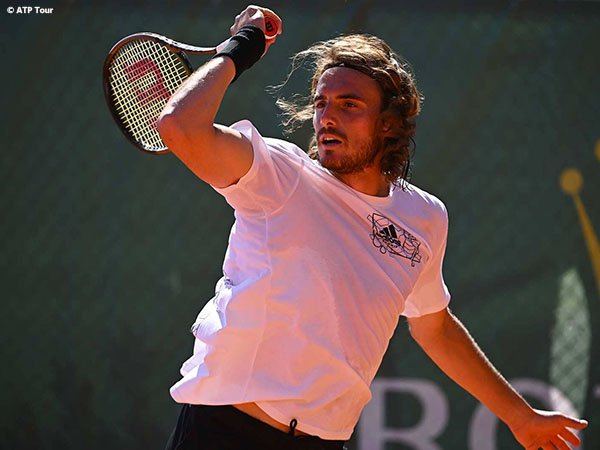 Stefanos Tsitsipas, the world number 5, made a splash at last season’s Monte Carlo Open when he won the first Masters 1000 title of his career.

Returning to the Monte Carlo Country Club this week, the Greek national revealed that he feels confident and excited to compete in front of a supportive crowd as he looks to defend his title.

“I feel great,” Tsitsipas exclaimed. “Starting with the tournament here in Monte Carlo, it feels like home for me to play on this court and have the opportunity to play this season in front of the crowd.”

“I have some supporters in Monaco. I have family here. It’s been great to share with them and hopefully the weather will be favorable all week and a good run of games.”

The world number 5 is enjoying a convincing 2021 clay-court season. Along with winning the Monte Carlo Open title, he won in Lyon and qualified for the French Open final before losing to Novak Djokovic in five sets.

However, the 23-year-old is still eyeing a first title of the season with his best 2022 season to date coming in Rotterdam by reaching the final before losing to Felix Auger Aliassime.

In preparation for their opening match at the Monte Carlo Open against the 2019 season’s champions, Fabio Fognini or France’s Arthur Rinderknech, the 23-year-old trains with Swiss tennis player Stan Wawrinka who is competing in the ATP tournament for the first time since March 2021.

“After training with Stan, he can play a good game. In his best days, he is someone who can do a lot of positive things from all corners of the pitch,” said Tsitsipas.

The Greek national arrived in Monte Carlo after competing in both Masters 1000 tournaments held on US hardcourts. He progressed to the third round at Indian Wells (lost to Jenson Brooksby) and the fourth round in Miami (lost to Carlos Alcaraz).

While the 2019 ATP Finals champion enjoys competing on US hardcourts, he is looking forward to returning to clay.

“I like the transition from hard court to clay court. I always love going back to the academy when I train, change my shoes and get back on clay. It’s an amazing feeling,” said Stefanos Tsitsipas.