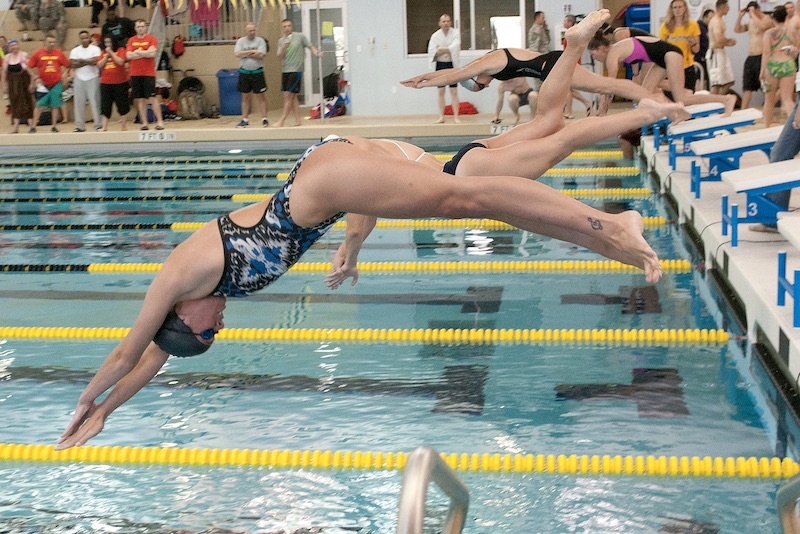 FINA, the international governing body for water sports, has adopted a new policy that effectively bans most, if not all, transgender females from competing in women’s events.

The “gender inclusion” policy was approved on Sunday during FINA’s extraordinary general congress in Budapest following a report from a task force — comprised of medical, legal, and sports figures — that examined the issue of transgender participation and the physical advantages that trans female athletes enjoy compared to cisgender women. After hearing the report, 71.5% of FINA members from 152 delegations voted in favor of the 24-page policy, which effectively bars most, if not all, trans females from competing in women’s events if they have undergone male puberty, reports the Australian Broadcasting Company.

FINA also set up a working group that will spend the next six months crafting a policy that would allow transgender athletes, and others, to compete in a third “open” category not designated for a specific gender.

The new policy comes after the International Olympic Committee issued a “framework” around transgender participation, but left eligibility criteria to be determined by individual sporting bodies.

Under the newly approved FINA policy, transgender or intersex females athletes may only compete in women’s events if they can provide evidence that they experience “complete androgen insensitivity and therefore could not experience male puberty” or are “”androgen sensitive but had male puberty suppressed beginning at Tanner Stage 2 or before age 12, whichever is later.”

Transgender and intersex males will be allowed to compete in FINA competitions designated for males, but must obtain a “Therapeutic Use Exemption” to FINA’s anti-doping rules for any hormones they are taking to assist in a gender transition. Trans men wishing to compete in water polo or high diving must sign an “assumption of risk form” — or, if a minor, have their parents sign it — that acknowledges the risk they are undertaking and relieves FINA from any legal liability.

Transgender athletes who do not meet eligibility standards may compete in “any open events,” although it is unclear how FINA’s task force will set those events up, or whether there will be enough demand or interest to justify holding gender-nonspecific competitions.

FINA officials praised the new policy as the best solution to ensuring trans athletes can compete without compromising the “fairness” of gender-specific competitions.

“We have to protect the rights of our athletes to compete, but we also have to protect competitive fairness at our events, especially the women’s category at FINA competitions,” FINA President Husain Al-Musallam said in a statement.

“FINA will always welcome every athlete. The creation of an open category will mean that everybody has the opportunity to compete at an elite level,” he added. “This has not been done before, so FINA will need to lead the way. I want all athletes to feel included in being able to develop ideas during this process.”

David Gerrard, a former Olympian for New Zealand who serves as FINA’s top media official, called the policy the “best outcome” for the future of the sport.

“To my mind, FINA’s approach to this was very enlightened, it was very balanced, it was informed,” Gerrard told Reuters. “It recognized the athlete’s voice, the scientific, objective evidence and the somewhat more subjective, human rights (and) legal issues which were argued very forcefully by the lawyers present.

“I hope that that model is something that’s considered by other sports.”

Other governing sports bodies appear poised to follow suit. On Tuesday, the International Rugby League announced that transgender athletes will be banned from competing in women’s international matches, according to the UK tabloid The Mirror. Sebastian Coe, a four-time Olympic medalist and the president of  World Athletics, which oversees international track and field events and is currently re-examining its eligibility standards, has expressed support for a similar policy.

But LGBTQ advocates say not enough studies have been done on the advantages that transgender people who transition enjoy, or on the effects hormone therapy has on elite athletes who transition.

“FINA’s new eligibility criteria for transgender athletes and athletes with intersex variations is discriminatory, harmful, unscientific and not in line with the 2021 IOC principles. If we truly want to protect women’s sports, we must include all women,” Athlete Ally, an advocacy group for trans inclusion in sports, wrote in a tweet.

The Human Rights Campaign also blasted the decision as “discriminatory” and a “blatant attack on transgender athletes.”

“This policy is an example of swimming organizations caving to the avalanche of ill-informed, prejudiced attacks targeted at one particular transgender swimmer,” HRC Interim President Joni Madison said, referring to former University of Pennsylvania swimmer Lia Thomas, whose success has been cited by lawmakers in multiple states as justification for transgender sports bans — many of which are even stricter than FINA’s.

Under the new policy, Thomas would be barred from competing in any women’s events, as would the vast majority of transgender female athletes, due to the fact that so few trans individuals transition or start puberty blockers before the age of 12. As a result, nearly all trans female athletes — with perhaps a handful of exceptions — will be relegated to competing in the “open” category.

“We urge the FINA to rethink its policy and ensure inclusion for all athletes — including transgender women – and allow them to participate in sports free from discrimination, abuse and harassment,” Madison added. “To the young athletes who may be disheartened by this policy, know that we know and believe that every young person deserves to be treated with dignity and respect and that transgender kids, like their friends, deserve the same chances to learn sportsmanship, self-discipline, and teamwork, and to build a sense of belonging with their peers.”