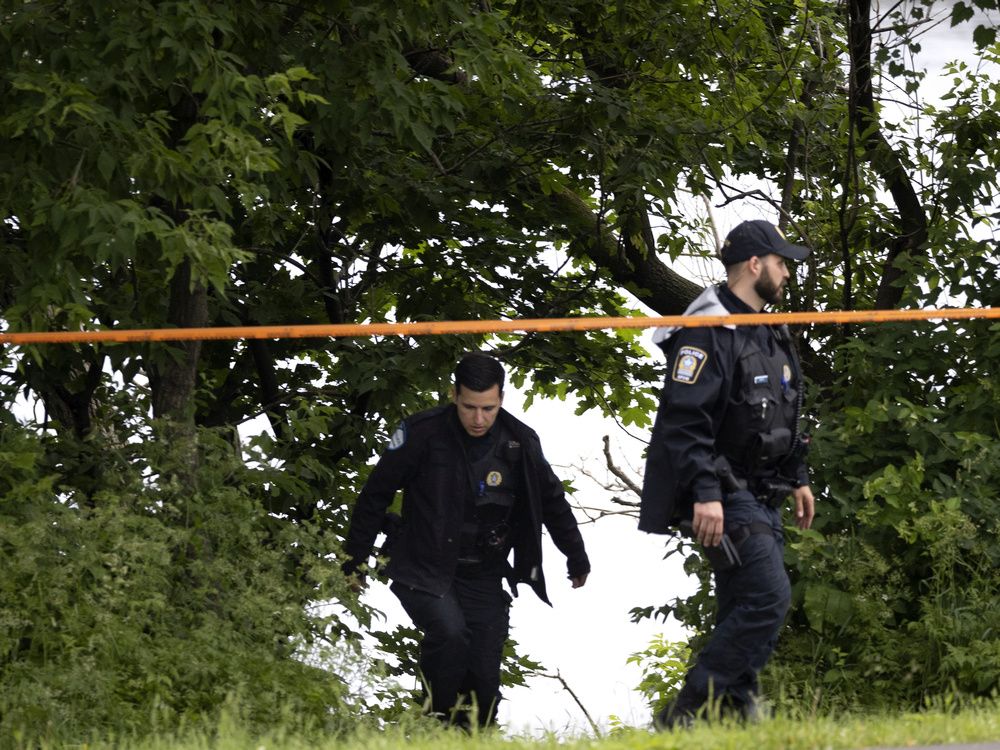 Police were still trying on Wednesday to figure out how a LaSalle teenager ended up dead on the shore of the St. Lawrence River this week.

Adalya Dorvil, 17, may have suffered a head injury as a result of a fall, emergency workers said. The teen was reported missing Monday night, and was last seen near her school in LaSalle.

Her body was spotted by a passerby who reported seeing a figure that appeared unconscious at around 1 p.m. Tuesday. She was found near the Mercier Bridge, close to the intersection of LaSalle Blvd. and Orchard Ave., at the bottom of a three-metre drop-off. A thick wooded area made it difficult for emergency workers to access the scene.

“It appears that she fell the length of the cliff,” said Jean-Benoit Gince, an operations supervisor at Urgences-santé. “She fell onto the shore, and it was difficult to access her body because of where it was located. Her death was declared on the scene, but the cause of death will be determined by the coroner.”

Her body was retrieved from the river at about 3:30 p.m. Tuesday.

Notices of Dorvil’s disappearance were posted on social media by the Missing Children’s Network. Reached Wednesday morning, director general Pina Arcamone said the organization reached out to the family Tuesday morning to see if it could help.

“We reached out to the mom to let the family know that we were there to support and assist with the search,” Arcamone said. “Then we found out the tragic news a few hours later.

“It’s heartbreaking for a parent to lose any child, and at 17 years old, just getting ready to leave high school, you have such a beautiful future waiting for you.

“Right now, we have to offer our full support and compassion to this family,” she said. “They are living through their darkest hours right now.”

Arcamone said daily tasks like taking a shower or preparing meals may be very difficult for family members who are grieving after such a loss. Friends and family who want to reach out don’t need to do anything special, she said, but just being there to support them will make a difference.

“There are no words to say — it’s just letting them know that they are not alone and that there are people who care and are willing to help them.”

Vicky Michaud, the CAQ candidate for the Marguerite-Bourgeoys riding, which encompasses the LaSalle area, expressed sympathy for Dorvil’s family on Facebook.

“I wish to extend my deepest condolences to the family of Adalya Dorvil, her friends and loved ones as well as the community,” Michaud wrote. “The news we got yesterday brought sadness to us all. I am with you in thoughts.”