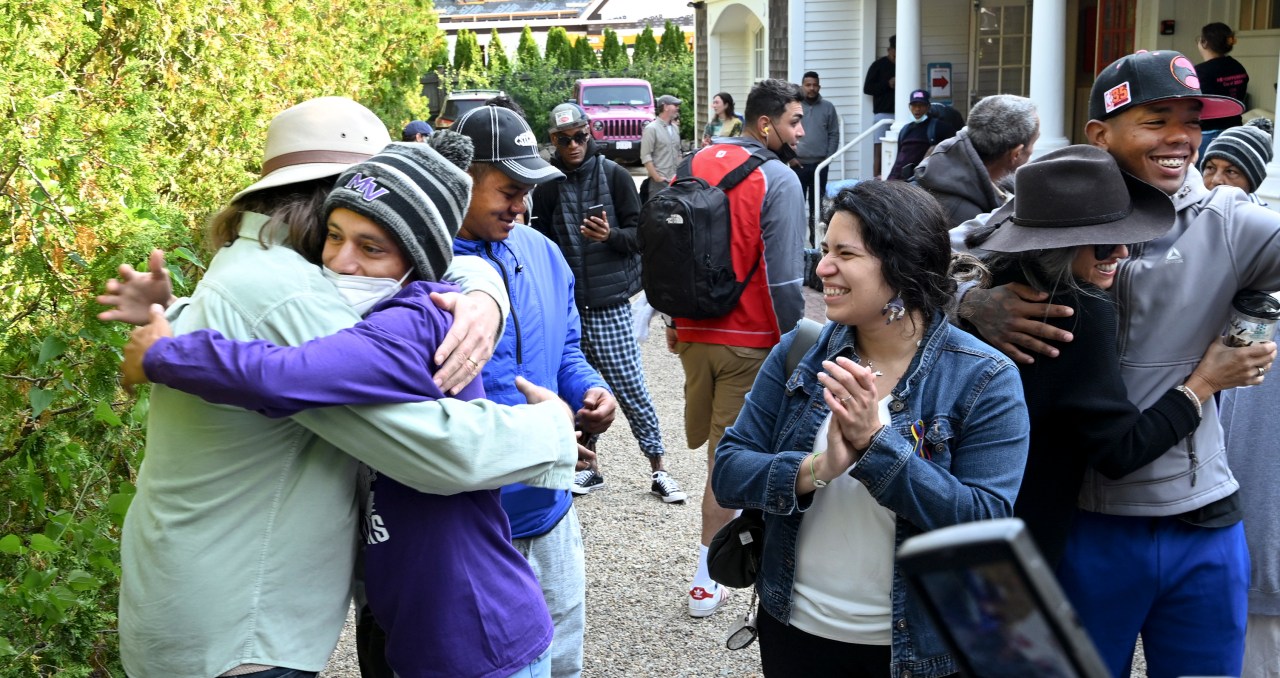 “We are opening up a case, an investigation, with regard to the suspected activities involving the 48 migrants from Venezuela,” Salazar said in a news briefing.

The sheriff said that the group of Venezuelan migrants were “lured” from a migrant resource center into traveling to Martha’s Vineyard “under false pretenses.”

According to Salazar, one Venezuelan migrant was paid to recruit the others, who were allegedly promised work and other benefits, before the group was flown first to Florida and then to Massachusetts.

DeSantis flew the group of migrants north on Wednesday in an effort to draw attention to liberal vs. conservative immigration policies.

Democrats and immigration advocates had called for a probe into DeSantis’s actions, saying he may have broken laws against fraud or human trafficking.

The Hill has reached out to DeSantis’s office for comment.

Two buses of migrants last week arrived in front of the Naval Observatory, the residence of Vice President Kamala Harris, after being sent by Abbott.

“VP Harris claims our border is ‘secure’ & denies the crisis,” said Abbott in a statement about the transported migrants. “We’re sending migrants to her backyard to call on the Biden Administration to do its job & secure the border.”

Both Abbott and DeSantis are up for reelection this year, and are said to be eyeing potential 2024 White House bids.

Salazar said on Monday that the migrants from San Antonio were “exploited and hoodwinked into making this trip to Florida and then onward to Martha’s Vineyard for what I believe to be nothing more than political posturing to make a point.”

On the lawn: War in Ukraine set to dominate discussions at the UN

“What infuriates me the most about this case is that here we have 48 people that are already on hard times, they are here legally in our country at that point, they have every right to be where they are, and I believe that they were preyed upon,” he said.

The Hill has reached out to Salazar for further comment on the investigation.