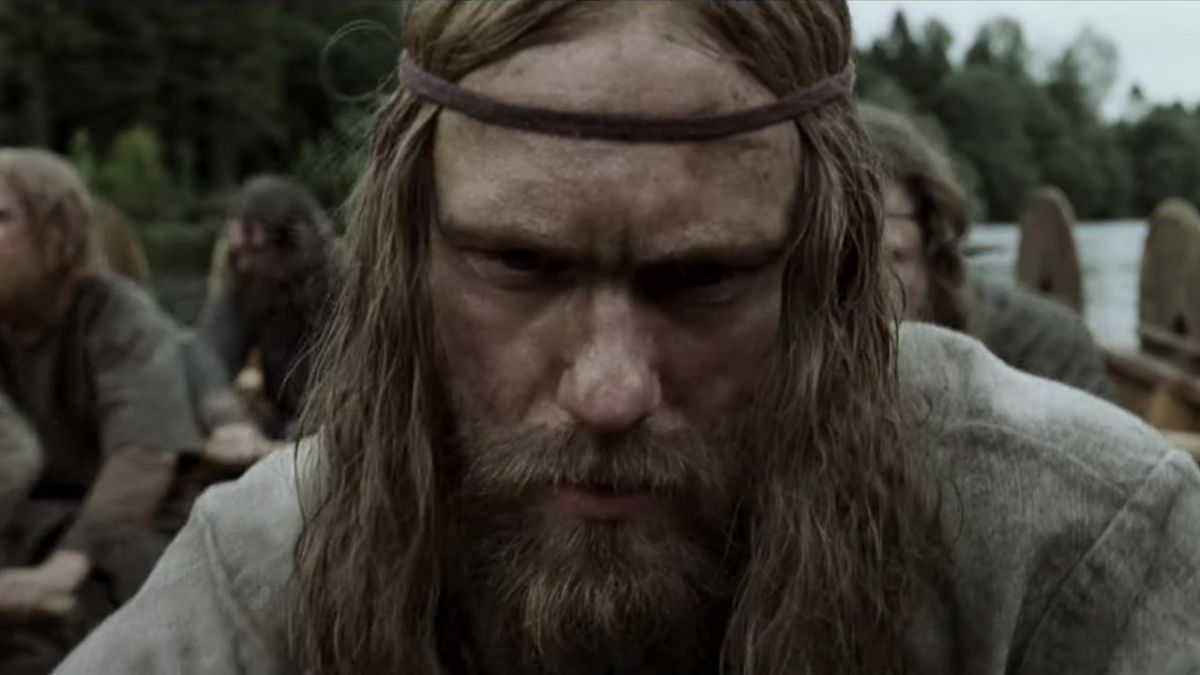 Every writer/director has their own way of making movies, and this can always be seen in the evolution of their work through the stages of production. Some know exactly what they are making as soon as they finish a script; others feed off collaboration during production to help bring together big ideas; and there are filmmakers who find the heart of their work during the editing process.

Robert Eggers is a perfect example of a pre-production guy, and it shows in his work. The special level of historical realism and feeling of specificity in his movies is achieved through detailed research and vision coalesces and is clarified in drafts of the screenplay. This has been the case for all three of his films thus far – The Witch, The Lighthouse, and The Northman – though he notes that his latest was a project that did evolve somewhat differently, given that it was his first project where he didn’t have total authority when it came to changes made in the editing room.

As captured in the video at the top of this story, this was all information I recently gleaned while interviewing Robert Eggers earlier this month during the virtual press day for The Northman. I asked the filmmaker about the stage of making the film where the new movie underwent the most changes, and he explained why making his third feature was a different kind of experience… though he also noted why there wasn’t ultimately a great deal that the studio could actually do to change what he had created. Said Eggers,

Made with a budget of $90 million (according to The New Yorker), The Northman cost about six times the amount of money that it took to make The Witch and The Lighthouse combined, and when you’re working with those kinds of resources in Hollywood, the cost is losing creative control. Focus Features clearly believed in the vision of Robert Eggers’ Viking epic (hence why they produced the movie), but the investment came conditions.

Given Eggers’ statement, this clearly did have an impact on how The Northman was completed in the editing suite, but there was only so much that the studio could do with the footage that they had. The director didn’t have to pull off tricky moves like Joe Wright did on Cyrano – setting up shots in such a way that the film’s best scene couldn’t get cut; he simply just didn’t create an abundance of extra footage that provided Focus with options in post-production.

It can be a scary thing for a filmmaker to entrust final cut to a studio, which views commercial viability as the number one priority – but in this case, the drama has a happy ending. As I write in my CinemaBlend review of The Northman, the movie is Robert Eggers’ most accessible feature to date, unfolding a revenge tale that is older than Hamlet, and it’s a phenomenal and brutal cinematic achievement that features a remarkable turn from Alexander Skarsgård (who has been earning glowing reviews from critics).

The Northman has been building up some impressive buzz in the last few weeks, and now it’s now finally almost here, set to arrive in theaters everywhere on April 22. Co-starring Nicole Kidman, Anya Taylor-Joy, Ethan Hawke, Claes Bang, Björk, and Willem Dafoe, it’s one of the can’t-miss movies of the spring, so head over to the movie’s official website to find showtimes in your area.