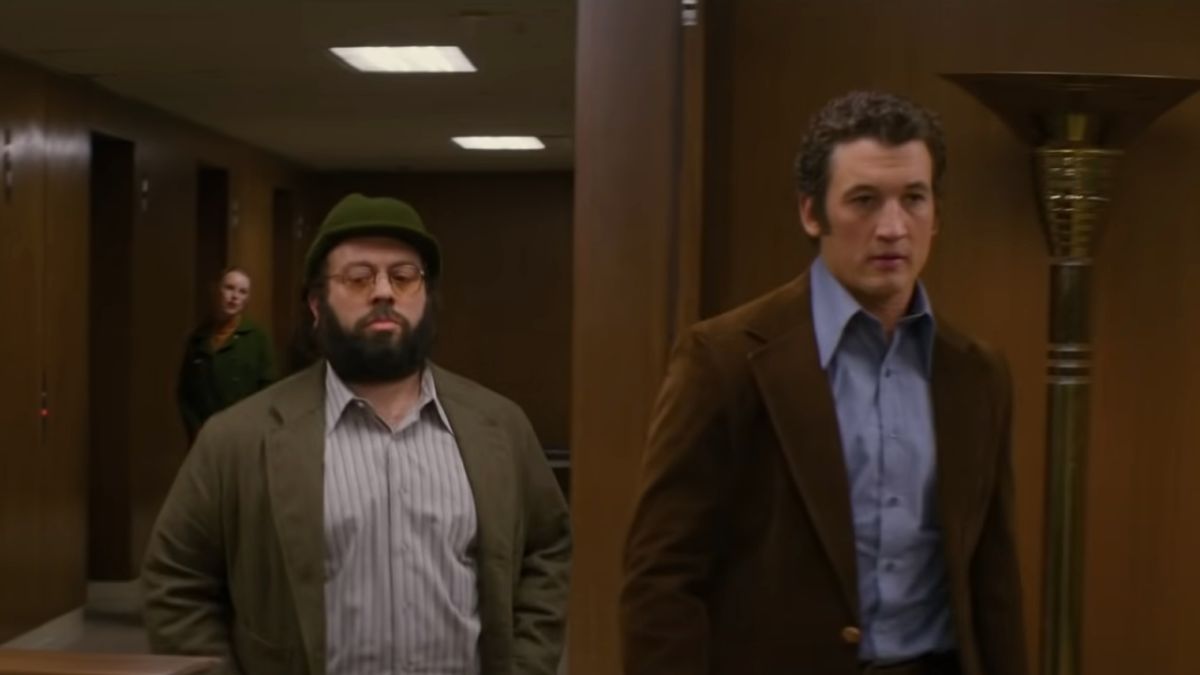 Fifty years after its release, The Godfather is still considered one of the best movies of all time, a once-in-a-generation film that helped launch the careers of some of the greatest actors of the second half of the 20th Century, and ushered in a new era of gangster films. But, Francis Ford Coppola’s masterful adaptation of Mario Puzo’s classic novel almost never was, if it were not for the handful of powerful players behind the scenes, who we see in The Offer.

The long-awaited Paramount+ original series that has been the topic of discussion for what seems like years now has finally arrived on the popular streaming service, and you may be wondering where you’ve seen the members of The Offer cast before. Below is a breakdown of those actors, who they’re playing, and everything else you need to know…

At the center of The Offer is Miles Teller, who takes on the role of Academy Award-winning producer Albert S. Ruddy, the man who spearheaded Paramount Pictures’ development of The Godfather as well as several other high-profile projects over the years.

Throughout his career, Teller has been involved with Academy Award-winning pictures himself, including the 2014 drama Whiplash. His other notable film projects include The Spectacular Now, the Divergent series, War Dogs, Only The Brave, and Fantastic Four. He is set to appear in Top Gun: Maverick, which is on track to open on Memorial Day weekend.

Matthew Goode shows up in The Offer as Robert Evans, the film producer and executive who was in charge of Paramount Pictures during the development, production, and release of The Godfather.

No stranger to the medium of television (and streaming shows), Goode has had notable roles on series like Downton Abbey, The Good Wife, The Crown, and most recently, A Discovery of Witches. Over the years, his film work has been just as impressive with major roles in movies like Watchmen, The Imitation Game, Silent Night, and The King’s Man.

Taking on the role of talent scout Bettye McCartt in The Offer cast is Juno Temple, whom Apple TV+ subscribers will immediately recognize for her work on the Emmy Award-winning comedy series, Ted Lasso.

But, Temple’s portrayal of Keeley Jones on one of the most wholesome comedies around isn’t where the actress’ list of great shows and movies starts or stops. Throughout her career, Temple has made appearances on shows like Drunk History, Dirty John, and Vinyl, as well as a list of movies that includes Black Mass, The Dark Knight Rises, Killer Joe, Wonder Wheel, and a couple dozen others.

Giovanni Ribisi shows up on The Offer as Joe Colombo, the New York crime boss and leader of the Colombo crime family, who helped gain the blessing from the city’s Five Families so that production of The Godfather could go down in the Big Apple.

Ribisi, who is one of many actors to play multiple role on one show with his work on Friends, has appeared on countless TV shows over the years, including The Wonder Years, My Name Is Earl, Dads, and Sneaky Pete, to name just a few. His film work includes Saving Private Ryan, Boiler Room, Lost in Translation, and Selma. Ribisi also portrayed Parker Selfridge in Avatar, and will reprise the role in the upcoming sequels to James Cameron’s box office smash, per Deadline.

Taking on the role of Academy Award winner Francis Ford Coppola on The Offer is Dan Fogler, who looks remarkably similar to the acclaimed filmmaker.

Fans of the Wizarding World will immediately recognize Fogler thanks to his portrayal of Jacob Kowalski in the Fantastic Beasts franchise, but he has a lot more to his name than that. Over the years, Fogler has shown up in movies like Balls of Fury, Fanboys, Don Peyote, Europa Report, and others. He has also had a major role on The Walking Dead since joining the popular horror series as Luke in 2018.

Burn Gorman shows up on The Offer as Charles Bluhdorn, the industrialist and founder of Gulf and Western Industries, Paramount Pictures’ parent company at the time The Godfather was in development and production.

Throughout his career, Gorman has popped up on a number of TV shows, including Torchwood, Game of Thrones, And Then There Were None, The Expanse, and most recently, Halo. In that same stretch of time, Gorman has landed roles in movies like The Dark Knight Rises, Pacific Rim, Crimson Peak, and Enola Holmes, to name only a few.

Colin Hanks shows up on The Offer as Barry Lapidus, an executive at Gulf and Western who plays a major role in the early stages of development of The Godfather.

Throughout his career, which goes back to starring his father’s 1996 comedy-drama That Thing You Do!, Hanks has appeared in movies like Orange County, King Kong, W., Vacation, Elvis & Nixon, and the two most recent additions to the Jumanji franchise. His TV work includes major roles on shows like Roswell, Fargo, Life in Pieces, and Impeachment: American Crime Story, as well as smaller appearances on shows like Band of Brothers, Mad Men, and Dexter. He’s next set to appear in the upcoming Peacock drama miniseries, A Friend of the Family.

And then there is Patrick Gallo, who shows up in The Offer cast as Mario Puzo, the author behind The Godfather novel and who co-wrote the Academy Award-winning screenplay alongside director Francis Ford Coppola.

Although not as recognizable as some of the other faces featured on The Offer, Gallo has built up quite a resumé for himself over the years with roles in movies like The Irishman and shows like Boardwalk Empire, The Deuce, and When They See Us.

But, this is just the main portion of The Offer cast as the new biographical drama streaming series also sees actors like Justin Chambers and Anthony Ippolito portraying Marlon Brando and Al Pacino, respectively, as well as Lou Ferrigno, who plays Lenny Montana, a.k.a. Luca Brasi. You can check out those actors and more by watching The Offer, but only if you have a Paramount+ subscription.