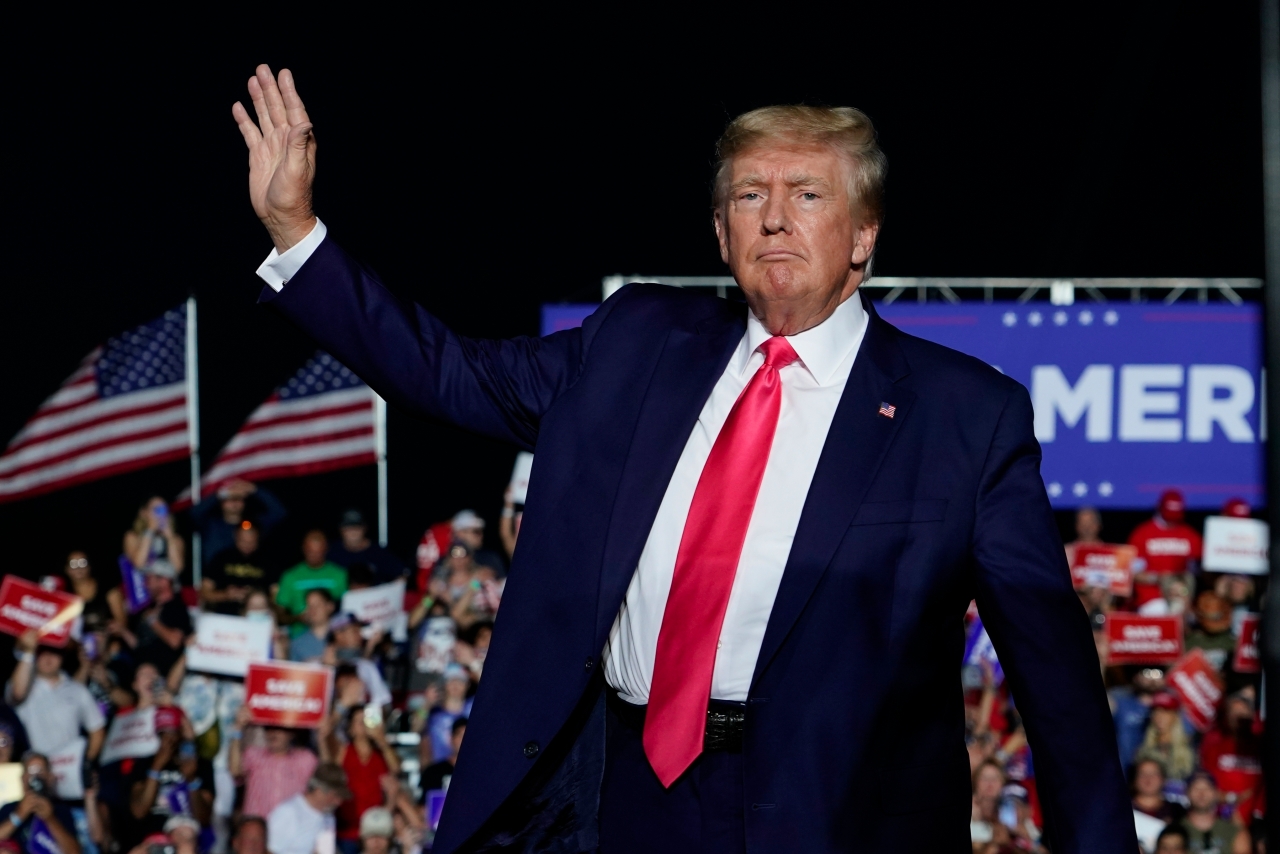 Former President Donald Trump held a rally on Saturday night in Wilkes-Barre, Penn. in support of Republican Senate candidate Mehmet Oz and gubernatorial candidate Doug Mastriano, where he slammed the FBI in his first public speech after the agency’s search of his Mar-a-Lago home.

“The FBI and the Justice Department have become vicious monsters, controlled by radical left scoundrels, lawyers and the media, who tell them what to do,” said Trump in reference to the search that took place last month.

The warrant that justified the FBI’s search, released in with redactions last week following a court battle, found evidence that classified documents might be illegally stored at Trump’s home despite an order for him to return them after he left office.

“The shameful raid and break-in of my home in Mar-a-Lago was a travesty of justice that made a mockery of America’s laws, traditions and principles,” Trump said at the rally, calling it “one of the most shocking abuses of power by any administration in American history.”

Trump also criticized President Joe Biden’s speech on Thursday in Philadelphia, Penn., rejecting Biden’s claim that Trump is “a clear and present danger” to the country and calling Biden “the enemy of the state.”

“As you know, this week Joe Biden came to Philadelphia, Pennsylvania to give the most vicious, hateful and divisive speech ever delivered by an American president, vilifying 75 million citizens plus another probably 75-150 if we want to be accurate about it, as threats to democracy and as enemies of the state,” he said.

Oz criticized the Biden administration’s response to COVID-19, saying that “we saw ideas crushed” during the pandemic.

“We saw science weaponised,” he continued.


Over 14,000 strollers recalled after reported amputation of child’s fingertip

Mastriano expressed similar discontentment with Biden and his allies.

“The Democrats are trying to distract us with their dirty stinking laundry list of bad ideas,” he claimed.

“We the people are pissed, I know I am.”