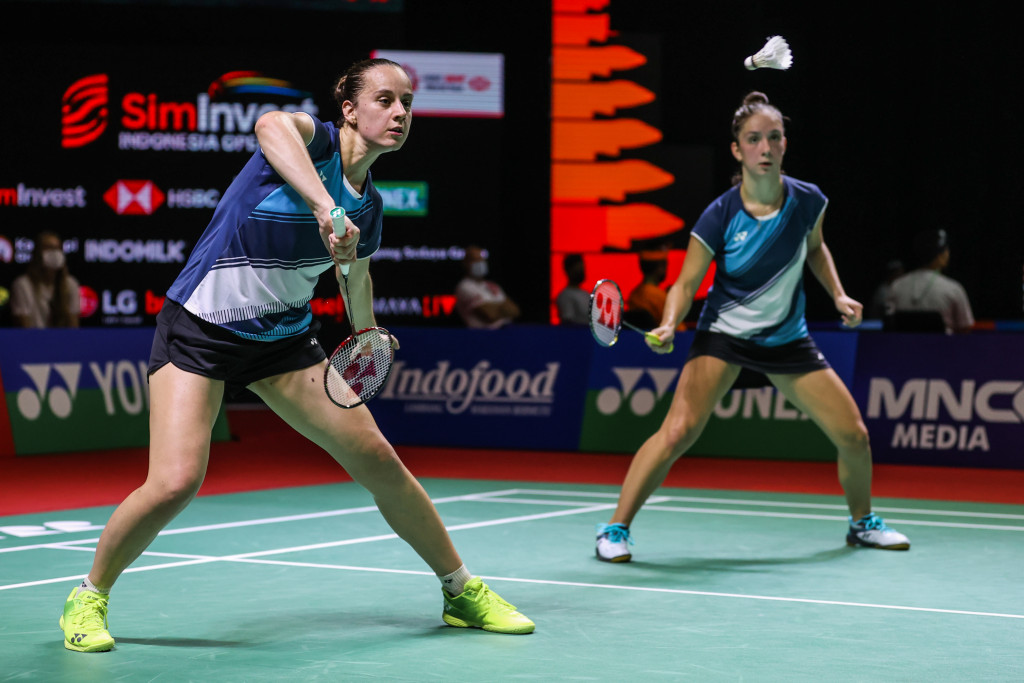 In the midst of the Indonesian Open 2022 in Jakarta, there is a story from the Ukrainian badminton player. When war rages in their country, they compete to carry the name of the country, without tickets and certainty of going home.

Yelyzaveta Zharka and Mariia Stoliarenko, the women’s badminton pair from Kharkiv, Ukraine have been in Jakarta since the Super 500 Indonesia Masters tournament. It is a week before the Indonesia Open 2022. For the first time appearing in front of the Indonesian public, the 68th-ranked pair admitted that they were impressed by the enthusiasm of the audience.

“It was something new for us. In Ukraine, badminton is not a very popular sport,” said 18-year-old Stoliarenko, as quoted by AFP on Sunday (20/6/2022). “But in Indonesia it’s amazing, everyone knows badminton, everyone likes badminton players, and that’s really cool.”

The pair Zharka and Stoliarenko play badminton not only for the sake of winning and portfolio. They prefer to raise global awareness about their compatriots in Ukraine who are still living in the midst of the Russian invasion.

“We want people not to forget our current situation in Ukraine,” 30-year-old Zharka told AFP. “Also, that people know that Ukraine needs support, needs attention in our fight for freedom.”

For this pair, trying their best to present a moment of pride and motivation for their nation is the first reason they keep competing in international tournaments. Currently, their country struggles with Russia on the battlefield.

Zharka and Stoliarenko left Ukraine in March 2022, a few weeks after Russia invaded Russia since February 24, 2022. Having taken refuge in Poland, they first anchored in France after obtaining residence permits and training at the Strasbourg club. Fully joined to the club, Zharka and Stoliarenko participated in a number of tournaments in Europe, such as the Orleans Masters in France and the European Championships in Spain.

The pair, who started playing together in 2021, flew to Asia in May 2022. The Ukrainian badminton federation contacted their Thai colleagues and the BWF. “They helped us book tickets but now it’s only a one-way ticket to Asia because we don’t know yet when we will (go home),” Zharka said.

Competing at the Thailand Open that month, they lost to the number one pair from China, Chen Qingchen and Jia Yifan. Zharka said it was difficult to concentrate on the match when at the same time they started the day with anxious calls to their families in Kharkiv, Ukraine.

Russia’s invasion of Ukraine, said Zharka, has made dreams and visions of his future seem to stop because there is no certainty when the war will end. In Indonesia, they also did not reach the decisive stages. However, their determination did not subside. With the current situation, they wanted to at least break into the top 40 of the world.

After Indonesia, they will compete in the Malaysia Open starting on June 28, 2022. “We will continue to play badminton with this message so that people around the world don’t forget. We will try to do our best for our country, ” said Zharka.