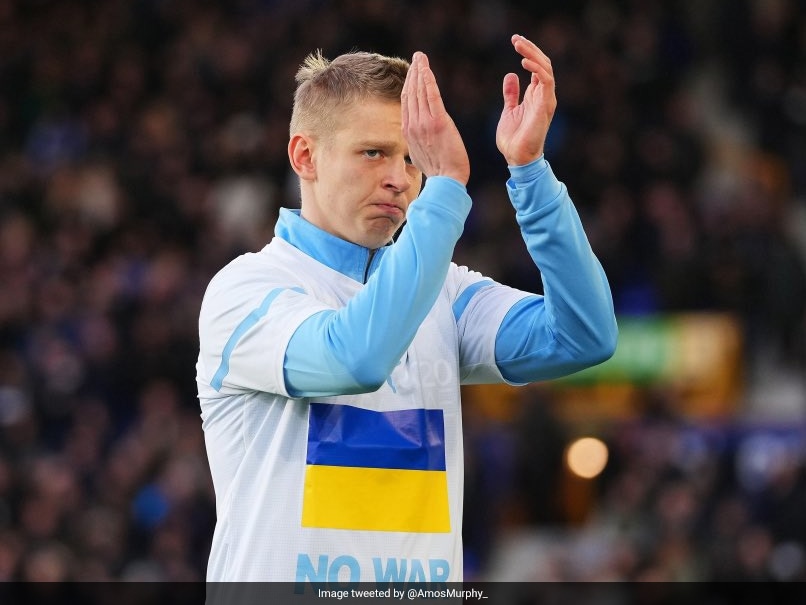 Ukrainian footballers have called on the sport to “resist” the Russian invasion.© Twitter

A group of leading Ukrainian footballers, led by English Premier League stars Oleksandr Zinchenko and Andriy Yarmolenko, have called on the sport to “resist” the Russian invasion of their country in a video published Tuesday on social media.

“We appeal to the football community, to everyone who is united by love for the game of football…everyone who hears us to resist this war, stop the destruction and bloodshed,” say 13 Ukrainian internationals in a joint message in the video which lasts almost two minutes.

“We ask all (the) world football community to oppose Russian propaganda, to show and tell the truth about war in Ukraine by all possible resources.

The Ukrainian Football Association said an appeal by players had led to 500,000 euros ($556,649) being donated to the country’s army.

While Russia have been suspended from all international football by FIFA and UEFA “until further notice” because of the invasion, Ukraine are still hoping to qualify for the World Cup.

They will play Scotland in Glasgow on March 24 in a qualifying play-off semi-final. If they win they will advance to a final against Wales or Austria for a place in Qatar.