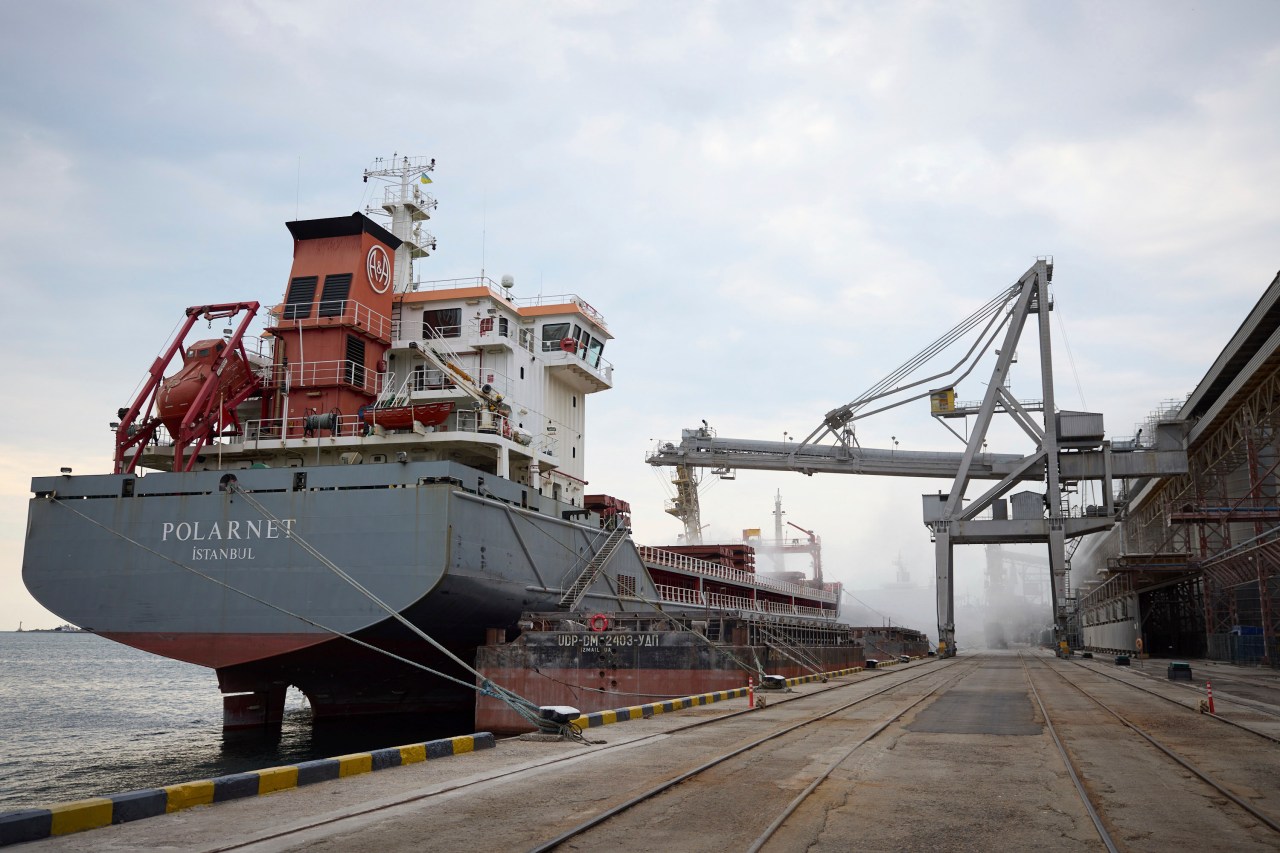 United Nations Secretary-General Antonio Guterres hailed the first shipment of grain out of Ukraine on Monday as part of a trade corridor set up by Russia, Ukraine, Turkey and the U.N. as “an enormous collective achievement.”

The shipment left the port of Odesa bound for Lebanon and consisted of nearly 27,000 metric tons of corn as part of the U.N.’s Black Sea grain initiative. It was the first commercial shipment of any kind to leave Odesa since February 26, just two days after Russia launched its large-scale invasion of Ukraine, according to the U.N.

“What we have witnessed today in Odesa is an important starting point. It must be the first of many commercial ships bringing relief and stability to global food markets,” Guterres said outside the U.N. General Assembly hall in New York on Monday. “The Black Sea grain initiative allows for significant volumes of exports from three Ukrainian ports – Odesa, Chornomorsk and Yuzhny – together with the agreed facilitation of the unimpeded access of Russian food products and fertilizers to world markets. It will bring relief and stability to global food markets and help tackle the global food crisis.”

“Ensuring that grain fertilizers and other food-related items are available at reasonable prices to developing countries is a humanitarian imperative,” Guterres added.

The agreement struck by Ukraine and Russia with help from the U.N. and Turkey is meant to alleviate a shortage of food in many developing countries and to help bring down global food prices that have risen almost 25 percent since last year as result of the ongoing fallout from the coronavirus pandemic.

The United Nations’ cereal price index is up 27.6 percent above its level in June 2021. International wheat prices reached a near-record level in May and are still nearly 50 percent higher than they were a year ago.

Prices for cereals and bakery products in the U.S. are up 13.8 percent over the same period, with the Labor Department’s food-at-home index having risen 12.2 percent over the last 12 months. This is the largest 12-month increase since the period ending April 1979, according to the department.

The newly proven trade corridor out of Ukraine was agreed upon in July and resulted from a flurry of negotiations in Istanbul, although parties from Russia and Ukraine did not sign the agreement directly with each other as hostilities between the two countries remain high.

Just a day after signing the accord, Russia launched a missile strike on the port of Odesa where a military spokesperson for the country said it destroyed Harpoon anti-ship missiles supplied to Ukraine by the United States. Following the strike, Russian Foreign Minister Sergey Lavrov said the strike had been confined to a military area of the port and a Kremlin official said that he expected it wouldn’t affect the trade deal.

The U.N.’s International Maritime Organization (IMO), which keeps in contact with ships in the Black Sea to address security issues, also welcomed the inaugural corn shipment out of Odesa.

“I am pleased to see the first departure. The immense work by the UN and the relevant parties has now come to fruition. IMO will continue to do everything to support safe and secure shipping and ensure the safety of seafarers,” IMO Secretary-General Kitack Lim said in Monday statement.

Kirby on reported Pelosi trip to Taiwan: We shouldn’t be intimidated by China’s rhetoric

IMO said that at the start of Russia’s invasion of Ukraine “around 2,000 seafarers were stranded aboard 94 vessels in Ukrainian ports. Ten vessels subsequently safely departed the Sea of Azov and at the end of July, 84 merchant ships remained, with nearly 450 seafarers onboard.”

“This number continues to steadily reduce. Many ships have employed local ship keepers to replace crew, and some ships have gone into cold lay-up, with no crew remaining onboard. In some situations, crew have chosen to remain onboard. This creates a complex and continually changing picture, made more complex by the challenges of communicating with ships in some locations,” the IMO said in a statement.

The UN’s Guterres said the World Food Program is planning to purchase “an initial 30,000 metric tons of wheat out of Ukraine on a UN chartered vessel” and that more details would be available in the coming days.