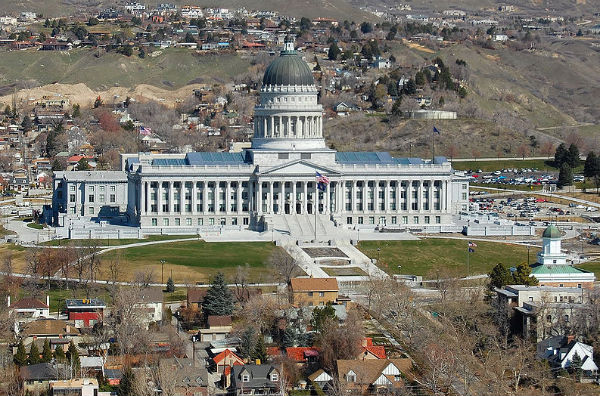 The House of Representatives voted 56-18 to override the veto, with the Senate voting 21-8 soon afterward. Four Republican lawmakers had needed to switch their initial votes to support the override. In the end, all but two Republicans in each chamber did reports the Deseret News.

Rep. Kera Birkeland (R-Morgan), who previously proposed a commission to determine transgender athletes’ eligibility, urged her fellow lawmakers to support the override, even though the final version of the bill was not what she had initially proposed. She said action was necessary to ensure fairness in women’s sports.

“When we don’t act and we just go with the status quo, we just do more harm to both transgender youth and women athletes,” she said.

In addition to the veto override, lawmakers announced a special session, called by the governor, to make changes to the legislation to address concerns about the financial liability of individual school districts and the Utah High School Activities Association, which regulates high school sports in the state, in case the law is challenged in court.

Under the most recent version of the bill, if a lawsuit challenges the law, it will trigger the creation of a seven-person commission — with six of the members being named by legislative leaders and the governor — comprised of a sports physiologist, a board-certified physician, a mental health professional, an athletic trainer, and one coach or interscholastic official appointed by the presiding state athletic association.

The commission would examine evidence and assess an athlete’s physical capabilities and issue a determination whether that athlete’s participation in a sport matching their gender identity would “present a substantial safety risk to the student or others” or give them “a material competitive advantage when compared to students of the same age.”

The veto override session comes just one day before county conventions for many of Utah’s legislative Republicans facing re-election. To win the party’s nomination, a candidate must win 60% of the convention vote.

If they fail to reach that threshold, the top two vote-getters will run in a primary election, with the winner simply requiring an outright majority. Democrats and LGBTQ advocates have alleged that some Republicans who are facing tough re-election bids voted for the transgender sports bans to stave off challengers from the far right.

In his veto message, Cox sought to dispel myths that transgender individuals change their identity on a whim. He noted that the Utah High School Activities Association already requires a full year of hormone therapy before a transgender female can compete in women’s sports, and that only one athlete — out of four total in the state — is currently playing on a female-designated sports team. He also expressed concerns about the impact the bill could have on transgender students, potentially pushing them to consider suicide due to feelings of isolation or depression.

“If a veto override occurs, I hope we can work to find ways to show these four kids that we love them and they have a place in our state,” he said, foreshadowing what many political observers saw as an inevitable outcome to the battle over transgender athletes.

“This bill focuses on a problem of ‘fairness’ in school sports that simply does not exist — but its negative impacts on the mental health and well-being of trans and nonbinary youth are very real,” Sam Ames, the director of advocacy and government affairs at The Trevor Project, said in a statement.

“These youth already face disproportionate rates of bullying, depression, and suicide risk, and bills like this one will only make matters worse. To the young people watching tonight, the young people who report they are following these debates over their existence and suffering because of it: you are stronger than they know. We will continue to fight for you, and we are not going anywhere.”

Ahead of Friday’s session, Salt Lake City Mayor Erin Mendenhall and members of the Salt Lake City Council issued a joint statement stating that the city “loves and supports our transgender and nonbinary friends.”

“You have a place in our communities and the state of Utah,” the statement reads. “We consider this action to be particularly tragic, given that the responsibility of all lawmakers is to provide equal protection and dignity under the law to all people. …[We] want you to know that you are welcome here, you have a place, and you belong.”