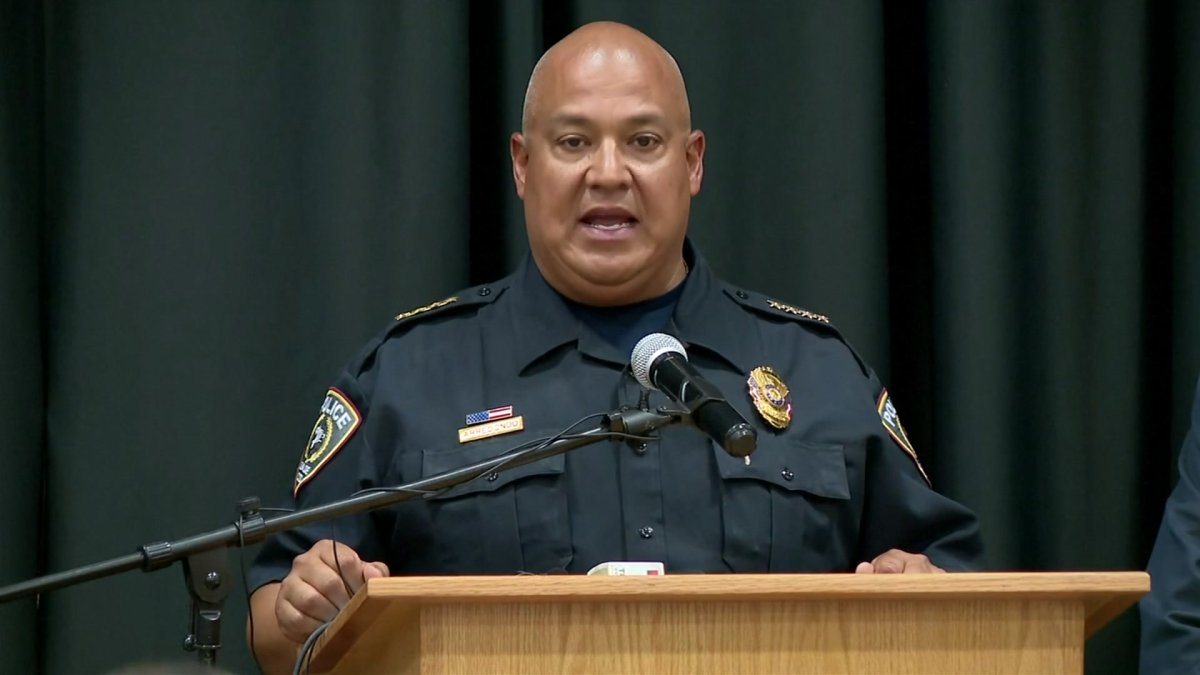 Pete Arredondo, the Uvalde school district police chief at the time of the Robb Elementary school shooting, has been placed on administrative leave, according to the superintendent.

Dr. Hal Harrell, the superintendent of the Uvalde Consolidated Independent School District, said Mike Hernandez will assume the duties of the district’s chief of police.

“From the beginning of this horrible event, I shared that the district would wait until the investigation was complete before making personnel decisions. Today, I am still without details of the investigations being conducted by various agencies. Because of the lack of clarity that remains and the unknown timing of when I will receive the results of the investigations, I have made the decision to place Chief Arredondo on administrative leave effective on this date,” Harrell said in a statement Wednesday.

The Texas Department of Public Safety said Arredondo was the commander in charge during the May 24 school shooting in which 19 children and two teachers were killed. Arredondo, who testified Tuesday at a closed-door hearing of a Texas House committee, has said he didn’t consider himself in charge and assumed someone else had taken control.

Public outrage has been levied against officials and law enforcement for not doing enough to stop the massacre.

Steve McCraw, director of the Texas Department of Public Safety, said Tuesday that police had enough officers and firepower at the school to stop Ramos three minutes after he entered the building but they instead waited more than an hour before storming the classroom and killing him.

Please check back for updates to this developing story.