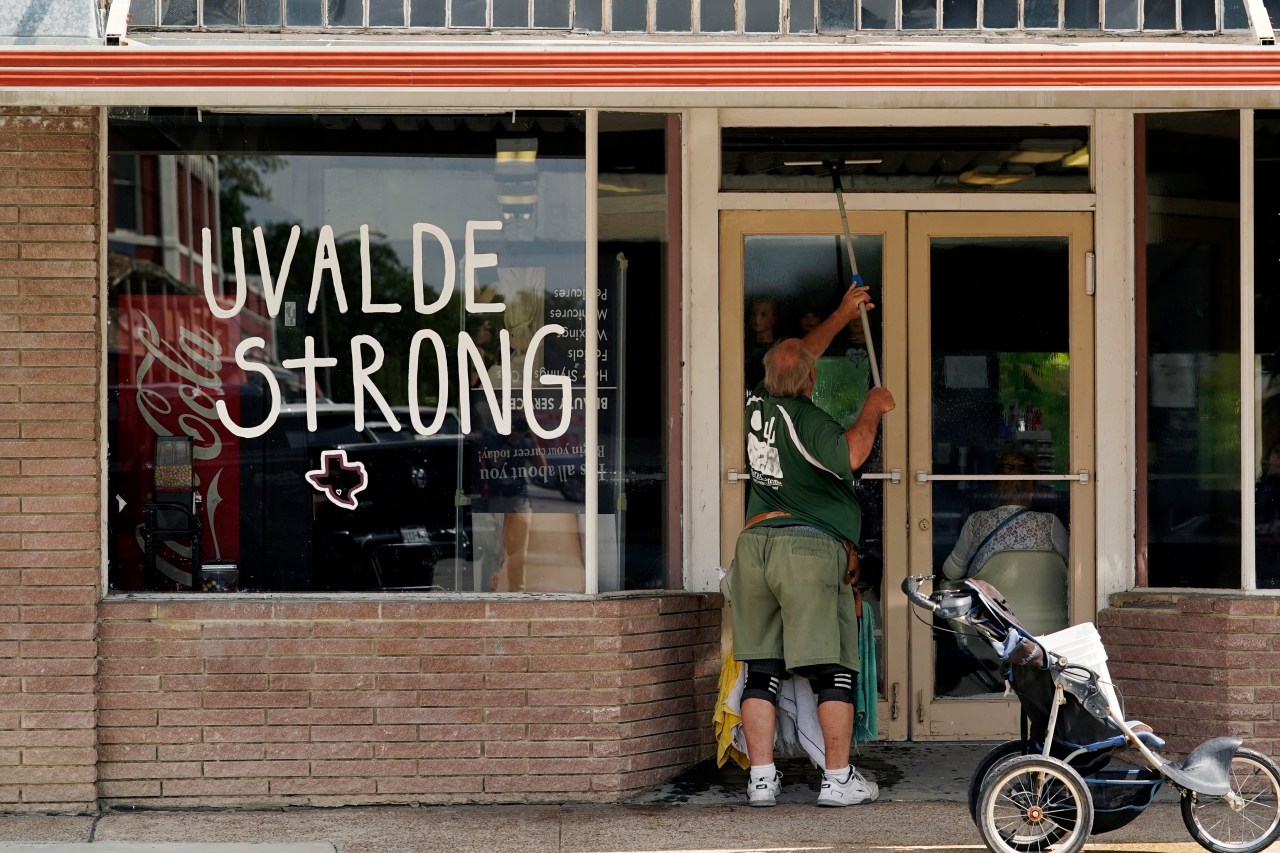 Two people were injured in a shooting in Uvalde, Texas, on Thursday evening, and authorities took four suspects into custody, police said.

The Uvalde Police Department said the two injured are juveniles who were sent to San Antonio hospitals. Their conditions are unknown.

The shooting occured in Uvalde Memorial Park, police said, which is located roughly a mile from where a gunman shot and killed 19 children and two teachers at Robb Elementary School on May 24.

“Anyone who was in the area with information, videos or pictures of the shooting, we urge you to contact the Uvalde Police Department Criminal Investigation Division,” the agency said in a statement.

Texas Gov. Greg Abbott (R) said he had spoken with Uvalde’s mayor and the county judge, adding that gang members were allegedly responsible for the shooting.

“Thank you to all local and state law enforcement and first responders who swiftly went into action to protect their fellow Texans,” he said in a statement. “Gang violence has no place here in Texas, and we will bring the full force of justice down on these heinous criminals.”

Abbott added that he has directed the Texas Department of Public Safety (DPS) to conduct patrol operations in “gang hotspots” in the area and sent six additional trooper units to work around the clock.

“We are working with the Uvalde Police Department and Sheriff’s Office following a suspected gang related shooting at Memorial Park,” Texas DPS said in a tweet. “This information is preliminary, as the situation develops we will work with local law enforcement to provide updates.”

Students in Uvalde returned to school this week, although the former Robb Elementary students are now being taught at different schools in the town.

The massacre, along with a mass shooting 10 days earlier in Buffalo, N.Y., reignited a debate in Washington about gun control measures.

The package includes provisions like enhancing background checks for gun purchasers between the age of 18 and 21, providing funding for states to administer red flag laws and closing the so-called “boyfriend loophole.”