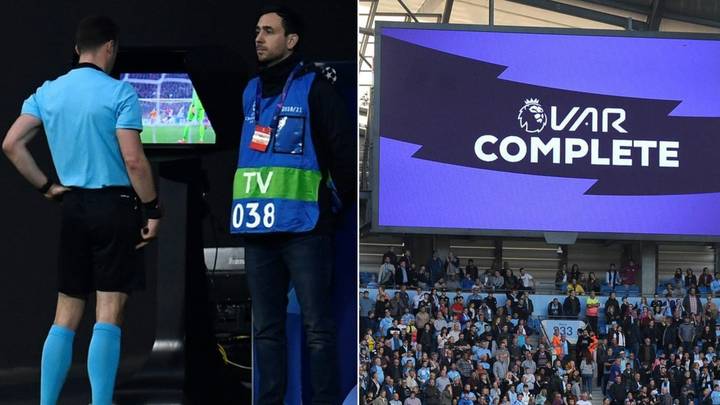 A series of controversial decisions from the VAR (video assistant referee) became the main focus on the first day of the sixth week of the 2022-2023 Premier League, Saturday (3/9/2022). Matches involving Chelsea, Liverpool and Newcastle United were ultimately decided by the decision on VAR. One of the critics of the current Premier League VAR system is BBC pundit and former England captain, Alan Shearer. “More than bad and embarrassing,” Sheare said on the popular British show, BBC Match of the Day. “The players and managers of Premier League clubs have been disappointed today. Bad decisions. They have trained hard for a whole week only to be let down by decisions like this.”

Here are some controversial events that colored the matches in the Premier League on Saturday (3/9/2022).

The first incident that day involved one of the incidents in the hot match Everton vs Liverpool which was not monitored by VAR at all. The moment came when Liverpool defender, Virgil van Dijk, seemed to step on the shin of Everton’s Amadou Onana with his feet raised.

After the game, Everton coach Frank Lampard questioned why this was not reviewed by VAR. “I like Virgil van Dijk as a player, he’s fantastic,” said Lampard. “However, if I saw the moment his foot hit Amadou’s shin which was embedded in the ground, I wonder why it wasn’t seen by VAR. For me it was a red card and would have changed the course of the last 20 minutes of the game.”

A controversial moment also came in the London derby. Maxwell Cornet’s goal was ruled out because the referee thought goalkeeper Edouard Mendy was fouled by Jarrod Bowen before the ball fell to his team-mate. In fact, Mendy seemed to make a mistake when trying to catch the ball and pretended to be injured when it looked like Cornet was about to get a raw ball.

This sparked anger from coach David Moyes. “The goalkeeper came in and took the ball and dropped it far enough that he couldn’t reach it anymore,” Moyes told the BBC. “Then he acted like he had a shoulder injury. I was surprised VAR asked the referee to see the incident. It’s a bad decision it’s ridiculous. I questioned VAR and also the referee but the referee has to believe in his initial decision. The saddest thing is this is the weak level of refereeing leadership right now.”

The controversial decision also took place at the St. James’ Park. Newcastle United in midweek had also fallen victim to a VAR decision when Alexander Isak’s second goal against Liverpool was ruled offside.

Tyrick Mitchell’s own goal was disallowed by the referee because Joe Willock was considered to have violated goalkeeper Vicente Guaita first. In fact, replays showed that it was Mitchell himself who pushed Willock into Guaita, before the ball hit his head and into his own net.

VAR called the referee to examine the incident and he made a decision based on one angle only. “A goal that doesn’t hurt from my point of view,” said coach Eddie Howe. “Willock was pushed, I don’t know what Joe should do in that situation.”

Another incident that VAR failed to see was when Leeds United striker Crysencio Summerville was seen being pulled up by his shirt and fouled from behind by a Brentford defender as he stabbed into the box. Summerville fell but the referee didn’t budge, as did the VAR who gave no instructions.

This is the opposite of the VAR moment analyzing the many incidents that led to the decision to award Brentford a penalty in the early stages of the match. This caused Leeds coach Jesse Marsch to be so furious on the touchline that he overreacted and was shown a red card.

“For the first incident I’m sure it wasn’t a penalty,” Marsch said. “Regarding Summerville, it was a sloppy foul. I’m obviously not satisfied. I have to find a way to have discussions with the league to understand this.”

A series of bad decisions came at a time when PGMOL (the refereeing authority in the Premier League) was about to move from 13 years in charge of Mike Riley to Howard Webb. Riley himself will end his tenure at the end of the 2022-23 season. He decided to resign after pressure from various parties regarding refereeing standards and the implementation of VAR in the Premier League, the most expensive league in the world.

Just like Riley, Webb is a former elite referee in England. He has been in charge of the professional refereeing organization in the United States since 2017, first as director of VAR operations before becoming general manager in 2018.