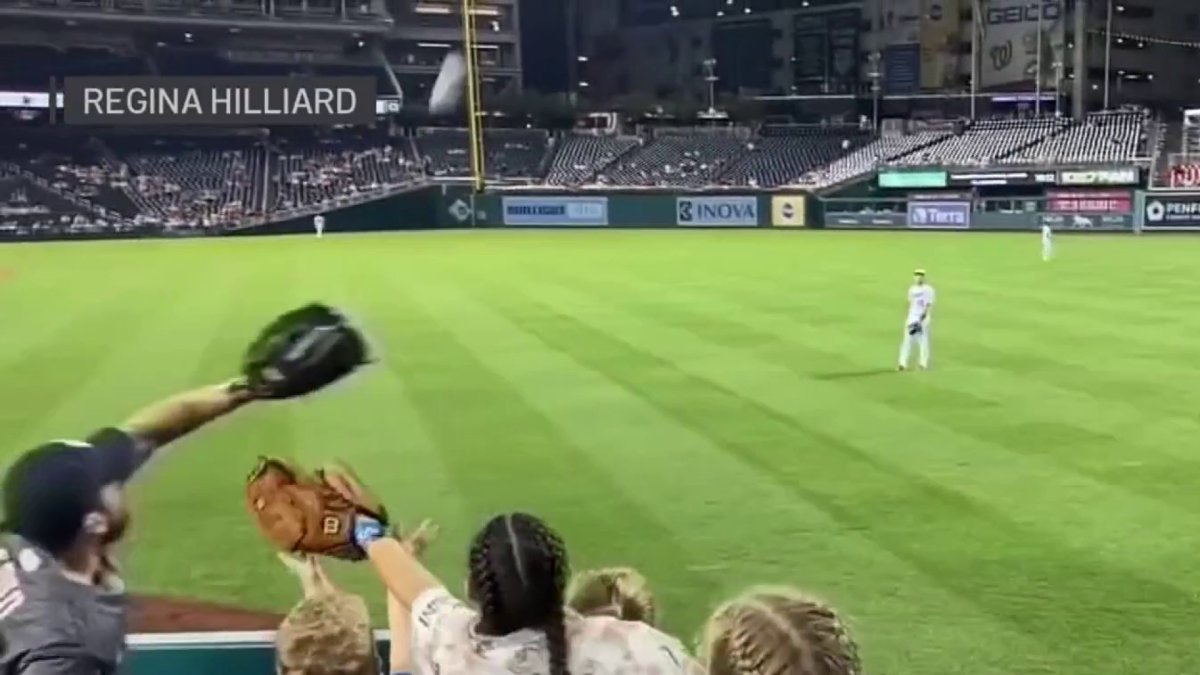 A Nationals fan is catching some heat online over a viral video showing him catching a baseball tossed toward a group of young fans.

The video captured last week at the Champions Day series — which recognizes local baseball and softball teams who’ve won titles — has been viewed more than 5.4 million times on social media.

The video shows Nats player Joey Meneses throw a ball toward a group of softball players. The girls jump and try to catch the ball. Then, a bearded man wearing a Juan Soto jersey steps into the frame and grabs the ball from the air, the video shows.

One of the player’s moms put the video up on Twitter, asking the Nats to send a signed ball to her daughter.

She says the Nats apologized and promised to send them something to make up for the experience.

The video garnered strong reactions online. Many social media users said the man should have let the girls keep the ball.