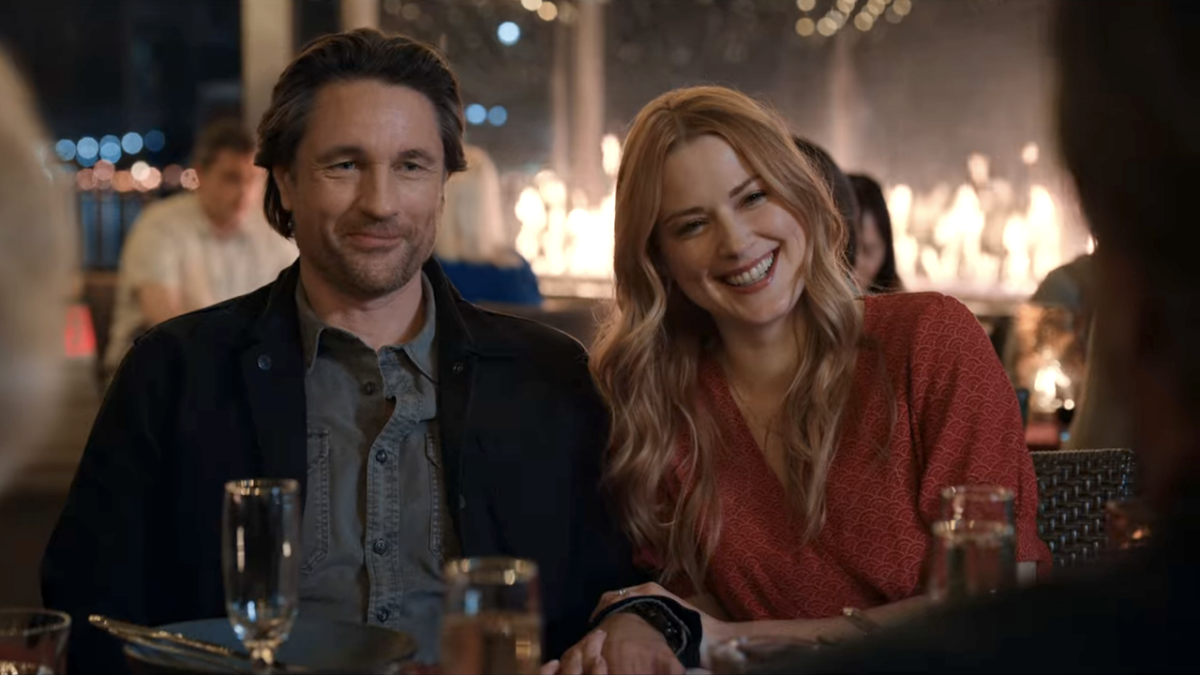 It’s been over a month now since romance-loving viewers with a Netflix subscription were finally able to feast their eyes on Virgin River Season 4, when it was released as part of the 2022 TV schedule. As usual, we were presented with some major surprises during this slightly longer than usual season, and by the shocking Virgin River Season 4 ending, at least some of the things we were most excited about for these episodes had come to fruition.

But, something that we all care deeply about when it comes to Virgin River are the many relationships which are the main focus of a lot of the action that goes down in the small Northern California town. In preparation for Virgin River Season 5, which is likely to debut at some point in 2023, let’s take a look back at where all of the major relationships on the series stand after the most recent episodes. Obviously, there will be big, fat SPOILERS for a lot of Virgin River Season 4 here, so feel free to back away until you’re fully caught up!

Well, well, well! Everyone knows that Mel and Jack’s quick friends-to-lovers situation is the biggest romance in town, with even most of their neighbors being very intrigued by the union. Virgin River Season 3 ended with Jack still very much trying to get along with the constant problem known as Charmaine so that he could be a part of his twins’ lives once they were born, and Mel interrupting Jack’s proposal with the news that she was pregnant but didn’t know if he was the dad.

It took a while, but the penultimate episode of Season 4 saw Jack attempt his proposal again, and to glorious effect as Mel did accept. Then, the next day, Mel and Jack got results from the paternity test, which revealed that Jack is, indeed, her baby daddy. But, in other shocking news, the last seconds of the finale saw Charmaine (DAMMIT, CHARMAINE!!) finally tell the couple that Jack is NOT the father of her unborn twins. So, Mel and Jack are standing firm as a romantic unit, but she may have to help Jack deal with the fallout from Charmaine’s news in Season 5.

Speaking of Jack and Charmaine… Most fans probably thought that the trouble between these two was mostly over for much of Season 4. Charmaine no longer seemed interested in taking the twins away from Jack, and we got no more threats from her new husband, Todd, about it, either. Jack and Charmaine planned the twins’ shower together and appeared on solid footing… until she blew up his life with that season-ending confession. Jack looked dumbfounded in response, and we will likely see at least one very serious and strongly worded conversation between them when Season 5 picks up.

This one’s a bit of a puzzler that I really hope will be fully explored in Season 5. After being introduced to Todd in Season 3, and seeing him a few times, he was literally nowhere to be found in Season 4, save for a few mentions from Charmaine. One of those mentions came before she made her confession, when she cried to Mel and Jack “He’s… He’s going to leave me!” My guess is that Charmaine had also lied to Todd about her twins’ paternity, and he stormed out after learning the truth, leading to her freakout in the finale. So, we’ll have to see what becomes of their marriage next season.

Virgin River Season 3 saw Lizzie put an end to her hard-won romance with Ricky after she found out he’d enlisted in the Marines (and was soon to leave for basic training) without talking to her about it beforehand. Though Lizzie was happily without a romantic entanglement at the start of Season 4, Ricky was clearly trying to win her back. But, it didn’t work and Ricky left for basic knowing that Lizzie had already become quite close with newcomer, Denny, Doc’s new-found grandson. Unfortunately, Denny had to reveal to Lizzie that he’s dealing with a life-threatening illness (opens in new tab) in the finale, so Season 5 could be fraught with emotional difficulties for the new sorta-couple.

Preacher And Paige… And Julia?

Preacher came dangerously close to being embroiled in one problem after another for four full seasons, after learning that friend/potential love interest Paige was on the run from her abusive ex-husband and then helping her hide his body when an argument led to his death. But, after a very tricky Season 3 end for Preacher that saw him drugged and left in the woods while trying (once again) to help Paige, he found his way to safety and eventually grew close to his cute Aikido instructor, Julia.

However! As Preach and Julia were having another cozy date, who finally showed up again but Paige, and she was just as filled with romance-detracting drama as ever. Julia stepped aside to let Preacher help Paige out, and now that they seem to finally be rid of Paige’s dangerous former brother-in-law, it could be that Preach will find himself trying to choose between (a hopefully calmer now) Paige and his new romance with sweet Julia in Season 5.

I don’t expect these two to see smooth sailing anytime soon, though I’m definitely rooting for them. Season 4 saw Brie work with Mike to get Brady out of jail and clear his name by proving he didn’t shoot Jack. And, they grew even closer, so that Brie felt comfortable enough telling Brady about being raped by her ex-boyfriend, with Brady being totally responsible for once and responding in the exact correct manner.

But! Not only is Brie’s dangerous ex now showing up in Virgin River, Brady has a new boss who seems to be even more dangerous, well-connected, and at a much higher level in the drug-dealing enterprise he’s been trying to get away from. While Brady and Brie are solid as a couple, they could be dealing with even more life-threatening situations in Season 5.

While firmly back together (and with no more meddling from Muriel), Doc and Hope were definitely having trouble navigating Hope’s recovery from her traumatic brain injury after her car accident. They were also dealing with Denny’s arrival, with all of his secretiveness surrounding his medical condition leading to him seeming very suspicious for much of the season.

Now that they know about Denny’s condition, Season 5 will see them helping him deal with it as Hope continues her recovery, but Doc is also facing the possibility that new employee Cameron really has already jumped ship, while Mel will need to step back from the practice for maternity leave at some point. Considering all that Doc and Hope have already been through, though, I’m counting on them getting through whatever the next season throws at them.

Virgin River Season 5 is currently filming, but until we get word on that release date you can revisit Seasons 1-4 on Netflix (opens in new tab) at any time.