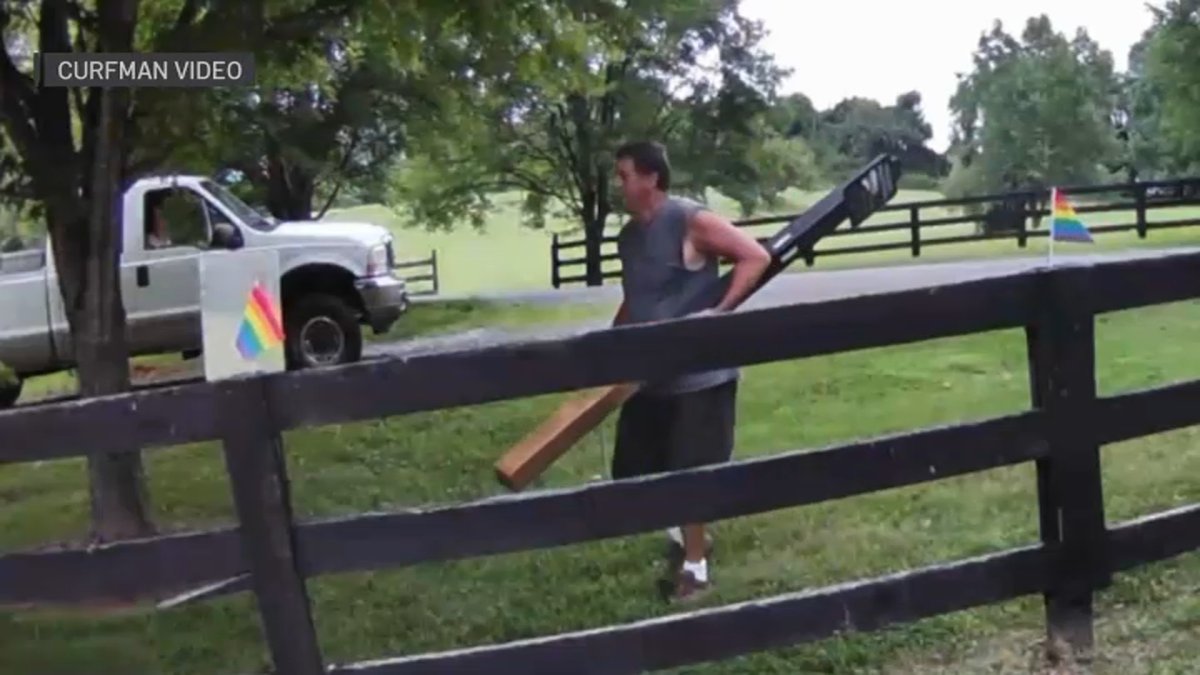 A Loudoun County couple accused a Northern Virginia lawmaker of damaging their property over the weekend.

Chris Curfman says she and her partner have been in a long-running dispute with state Del. Dave LaRock over the use of a road that runs through an easement area owned by Curfman that leads up to LaRock’s home. It’s one of two roads that lead to his house.

Recent video shows LaRock taking down private property signs from Curfman’s fence. Then LaRock took down posts on which security cameras had been mounted.

“It appears to be criminal behavior,” Curfman said. “If you read the code, there’s nothing that says in an easement you can take and destroy property.”

But LaRock defends his actions, saying a neighborhood covenant bars any signs except for real estate signs. Another agreement gives him the right to maintain the easement road, so he says the posts could get in the way.

“The matter is in my hands,” LaRock said. “In fact, I took a hands-on approach to resolving it. When I have an agreement with him that says I can remove something, then doing it myself is a perfectly legitimate way of approaching it, and that’s the matter as I see it.”

In 2020, LaRock faced misdemeanor criminal charges for trespassing and for tearing down a gate that ran across the road. He was convicted of one charge in a lower court but was cleared on appeal.

After the latest incident, Curfman and her partner pointed to a “good neighbor settlement” reached with LaRock that stipulates he should primarily use the other road to his property, but they say he’s encouraging contractors and visitors to use the easement road instead.

“We just want him to leave our things alone and leave us alone,” Curfman said. “We want to enjoy our property and we want other people to not to be using that property when they’re not supposed to be.”

LaRock — a conservative Republican — accuses Curfman of trying to antagonize him by posting rainbow flags along the road.

“Maybe she just wants all our guest to know that they are supports of LBGBT community, or maybe she’s doing it because she thinks it bothers me,” he said.

LaRock said his next move is to file a civil lawsuit to try to enforce his understanding of the use of the road.

Curfman has called the sheriff’s office.

LaRock’s home currently is up for sale.