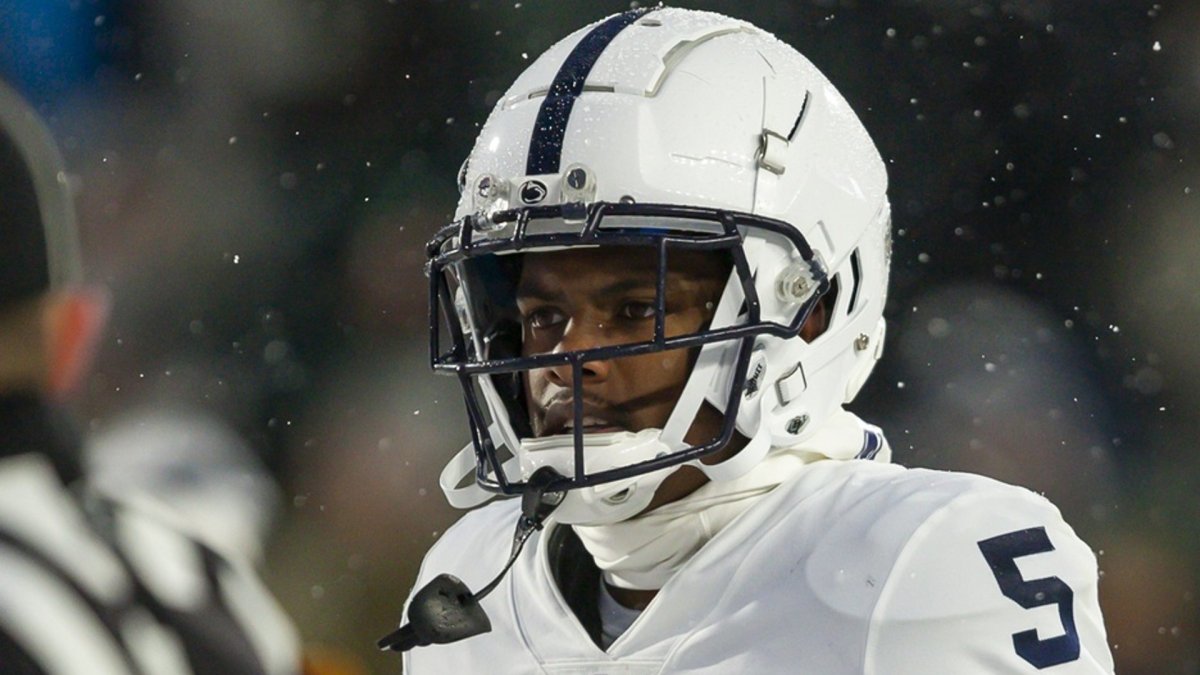 Jahan Dotson is the first pick of the Commanders era.

On Thursday night, Washington secured the Penn State wide receiver with the 16th overall pick in the 2022 NFL Draft after trading back from their original slot at No. 11.

Dotson, who had 91 catches for 1,182 yards and 12 touchdowns for the Nittany Lions last year, rounds out a receiving corps that also includes Terry McLaurin, Curtis Samuel, Cam Sims and 2021 third-round pick Dyami Brown, among others.

McLaurin is surely a fan of the selection, as he hasn’t gotten a ton of help from other wideouts in recent seasons, and quarterback Carson Wentz should approve, too, because Dotson is another legitimate target to rely on in 2022.

Dotson excels most in open space, where he can turn on his speed and leave defenders with only a view of the back of his uniform. Ten of his 21 career receiving touchdowns at school were for more than 40 yards. He’s also an adept punt returner, something the Commanders could really use.

He’s not just a deep threat, though. The 22-year-old is also very reliable with his hands in the short and intermediate areas and rarely commits a drop.

Dotson is the first offensive player that Ron Rivera has selected in the first round during his stint with Washington. The coach went with pass rusher Chase Young in 2020 and linebacker Jamin Davis in 2021.

It’ll now be on Dotson to justify Rivera’s choice and make his new unit more dynamic and, ultimately, more familiar with the end zone.