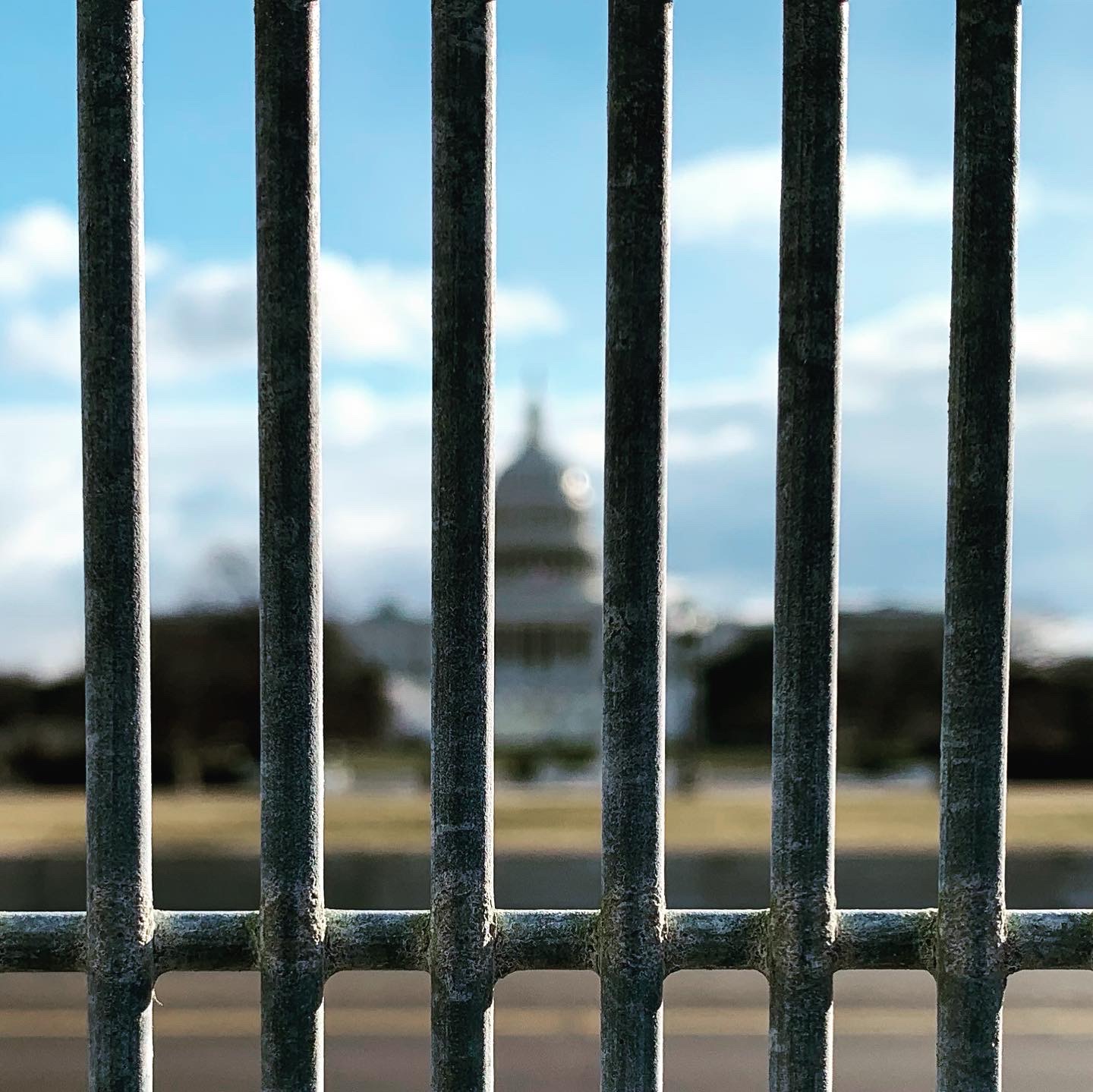 Fencing is back up around the Capitol “out of an abundance of caution” ahead of President Joe Biden‘s State of the Union address tomorrow. A statement from U.S. Capitol Police Chief Tom Manger also noted the “possibility of demonstrations in the next couple of weeks.”

Truckers have threatened to “choke” streets in convoys, calling for an economic jumpstart and protesting COVID-19 restrictions—despite cities nationwide, including D.C., easing restrictions like mask mandates for indoor spaces and vaccine mandates to enter businesses.

As the “People’s Convoy” that departed from Southern California moved closer to D.C., city trucks and at least one National Guard truck were posted up at some intersections and highway exits as barricades against truck traffic. Capitol Police and 700 unarmed National Guard members are on high alert. D.C. Police Chief Robert Contee has warned residents of “disruptions to traffic.” Remora House DC, a nonprofit that provides supplies to unhoused residents, has been raising money for medical kits in case the convoy isn’t so peaceful. And many residents are wondering how a freedom convoy against largely nonexistent restrictions and unproven rightwing gripes is happening right now in the U.S. while there’s a real freedom fight in Ukraine.

Meanwhile, José Andrés, the D.C.-based chef perhaps best known for aiding in humanitarian crises, is serving hot meals to Ukrainian refugees crossing the border into Poland with his nonprofit World Central Kitchen. Last night he posted a video describing the freezing temperatures and refugees carrying children and suitcases across the border. Andrés said WCK is serving meals at various entry points in Poland and Romania and will be in neighboring countries like Moldova as well.

“We are telling them, ‘Guys, there are many ways to fight. And some people fight making sure that other people are fed,’” he said. “Those are our people, and we’re going to be supporting them in many ways.”

Sign up: To get District Line Daily—or any of our other email newsletters—sent straight to your mailbox, click here. Send tips, ideas, and comments to newsletter@washingtoncitypaper.com.