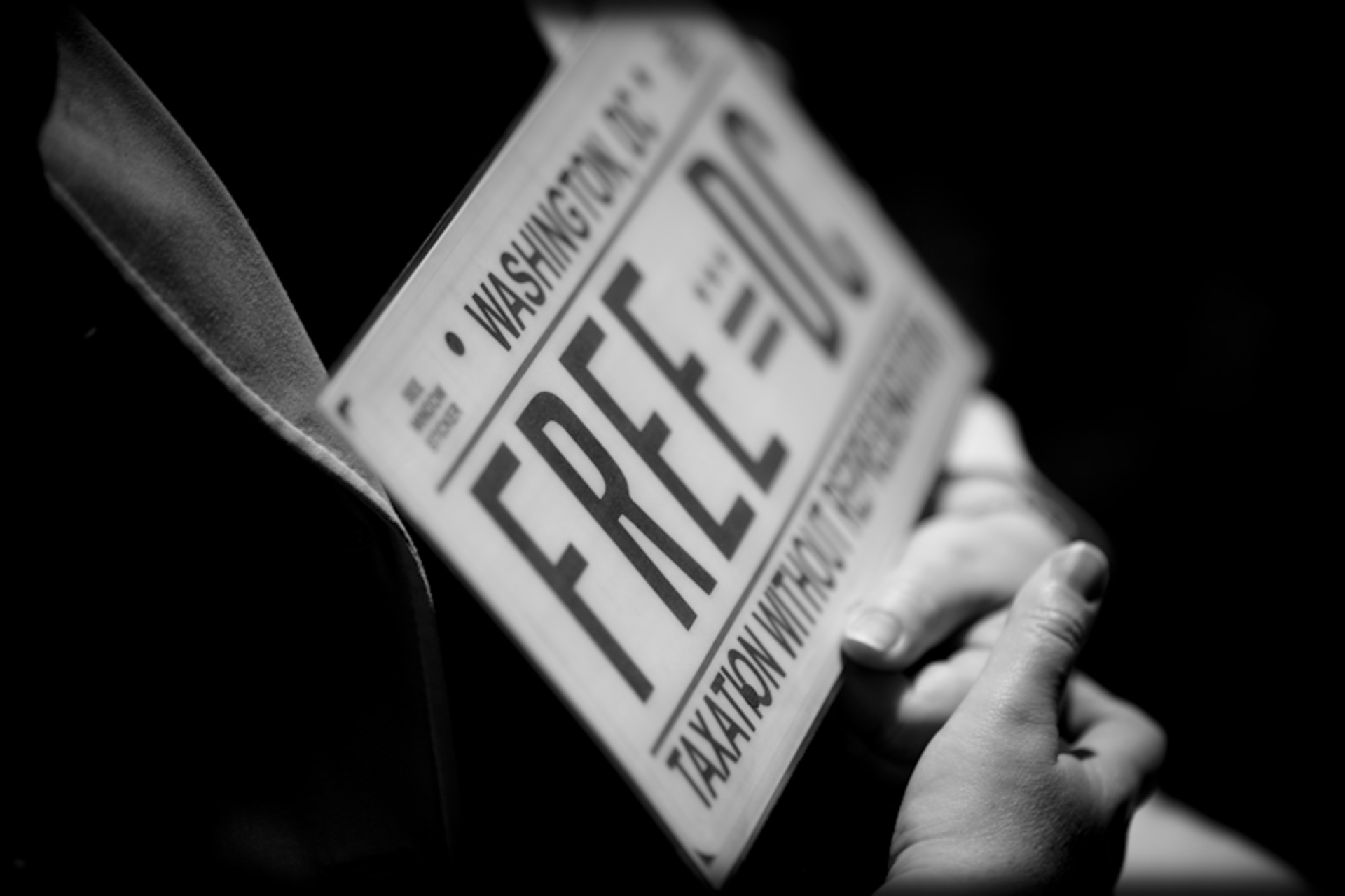 On April 16, 1862, the D.C. Compensated Emancipation Act, which freed enslaved people in the District and compensated owners up to $300 for each free person, became law. On Saturday, Washingtonians celebrated the 160th anniversary of D.C. Emancipation Day with both the living and the deceased.

Mayor Muriel Bowser, who had been staying home with reportedly mild symptoms after testing positive for COVID, kept her date to show up at the festivities. The parade, which started at 2 p.m. and took place along Pennsylvania Avenue NW between 10th and 14th streets NW, featured a D.C. statehood “food truck palooza” on the northern side of Freedom Plaza. CeeLo Green, Crystal Waters, Junkyard Band, and others later performed at a concert at Freedom Plaza, and the event ended with a fireworks display.

“Black culture and … decolonizing, for me, has been a whole journey, especially coming to D.C. and going to an HBCU,” Marcy Beutlich, an attendee, told WJLA. “So participating in something like Emancipation Day and Juneteenth here in D.C. has been particularly spiritual for me.”

Less glitzy celebrations focused on naming the 3,100 enslaved people who were freed by the law and took place at the African American Civil War Memorial and in the oldest Black cemeteries in D.C. At the Mount Zion and Female Union Band Society cemeteries, the Cameroon American Council led a Cameroonian libation ceremony to honor the freed deceased D.C. residents. Lisa Fager, executive director of the Mount Zion-Female Union Band Society Historic Memorial Park, led the crowd through a brief history of the cemeteries’ status as a stop on the Underground Railroad.

Rev. Lennox Yearwood Jr., of Hip Hop Caucus, also shared reflections during the “Say their Names” event. Yearwood expressed his hopes that District residents don’t just show up to celebrate on D.C. Emancipation Day but that they honor the emancipated ancestors by supporting efforts to maintain Indigenous and Black cemeteries.

• Local reporter and anchor Wendy Rieger died at age 65 from brain cancer. Rieger co-anchored the 5 p.m. newscast on channel 4, D.C.’s local NBC station, for more than two decades. A noted broadcast journalist for more than 40 years, Rieger was known for reporting that ranged from community stories of residents who were “going green” to a look back at the Vietnam War 20 years later.

• A bomb hit a community kitchen that chef José Andrés‘ World Central Kitchen is operating in Kharkiv. The center, which helps coordinate meals for Ukrainians in the war zone, was destroyed and four WCK staff members were wounded.

Yesterday, staff moved food and functional equipment to a new location in Kharkiv, according to Nate Mook, chief executive of WCK.

“The @WCKitchen team and our fellow Ukrainians are unnerved but safe after a missile attack on a restaurant in Kharkiv,” Andrés tweeted in Spanish.

“Giving food in the middle of a senseless war is an act of courage, resilience, resistance … and we will continue cooking,” he wrote.