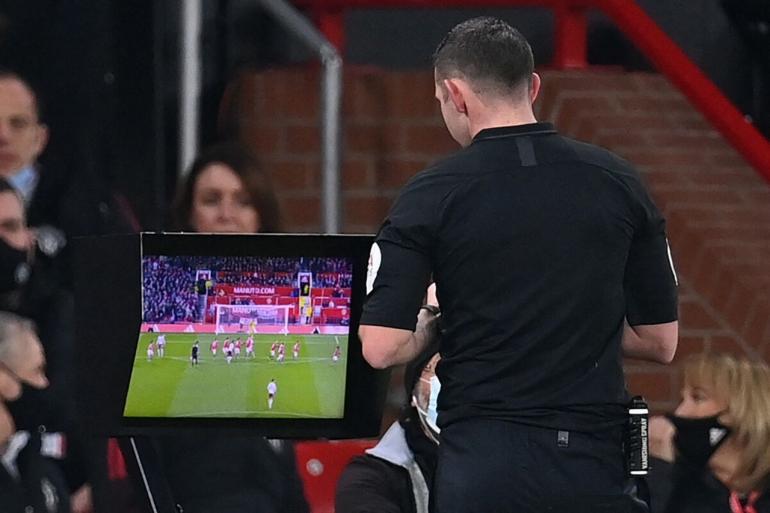 Week six of the Premier League 2022/2023 season presents many stories. Starting from the exciting but goalless Merseyside Derby, to the revival of Manchester United which broke Arsenal’s perfect record. However, from all the stories that have been presented, the spotlight has come from the performance of VAR, which disallowed goals in five games, namely the Merseyside Derby, Chelsea vs West Ham, Spurs vs Fulham, Brighton vs Leicester City and Manchester United vs Arsenal.

If VAR was a player, he would have scored five goals or a “quintrick” in a week. However, this quintrick became something annoying for the team whose goal was disallowed, because it disrupted the team’s positive momentum.

In the Merseyside Derby, for example, Connor Coady’s goal was disallowed because a VAR review detected that the player’s hand was caught offside very thinly. What can I do, Everton won’t win. In London, also in two matches titled City team Derby, Chelsea were almost forced to draw 2-2 against West Ham, had VAR not ruled out Jarrod Bowen’s goal.

Regarding this incident, the VAR review assessed that Bowen had violated Eduard Mendy before breaking into the Senegalese goalkeeper’s goal. Connor Coady’s offside moment in the Merseyside Derby (Talksport.com)
In another corner of London, Tottenham Hotspur’s late goal scored by Richarlison was also disallowed by VAR, because in the process there was an offside. What can I do, Richarlison, who was already celebrating, had to get a yellow card for taking off his jersey.

Luckily, the Spurs still won 2-1 from Fulham. This result also extends the unbeaten record of Antonio Conte’s team in the league. Apart from them, only Manchester City have not lost until the sixth week. Turning to Brighton, VAR canceled out Alexis McAllister’s late strike early in the second half, because in the process, a VAR review found Enoch Mwepu’s foot was caught offside.

Luckily, after that Brighton were able to find positive momentum and secure 3 points, thanks to a 5-2 victory, with 3 goals of which came in the second half. Meanwhile, Manchester United also escaped from conceding earlier against Arsenal, after VAR disallowed Gabriel Martinelli’s goal.

The reason was not that the player was caught offside, but because in the process, VAR found Martin Odegaard to violate Christian Eriksen. The moment VAR reviews Martin Odegaard’s foul on Christian Eriksen (Express.co.uk)
This moment then became a turning point, because it made Manchester United find an opportunity to hit back. The result, the score 3-1 colored the first defeat of the top standings.

If you look at the five moments above, a little bit of irritation may arise, because the goals that VAR disallowed this time generally came from simple fouls, which in the past might not have been considered as fouls. Another annoyance arises, because VAR is considered “damaging” one of the classic arts of football, namely referee errors. This is quite ironic, because VAR is present as a tool to minimize referee errors on the field.

Alexis McAllister, goal disallowed by VAR for offside (Goal.com)
Perhaps, what we are seeing now is only an early version of the progress in the future, when VAR in football will be like VAR in badminton: it can be used all over the world. When that time finally comes, we will probably see football like badminton: perfectionists down to the smallest detail.

Maybe it still won’t be available in Indonesia in the near future, because the cost may still be too expensive. However, what has been presented in the Premier League lately could be an ideal simulation to see how VAR is used on the gridiron. If a goal is scored, we can still celebrate, as long as it’s not disallowed by VAR.