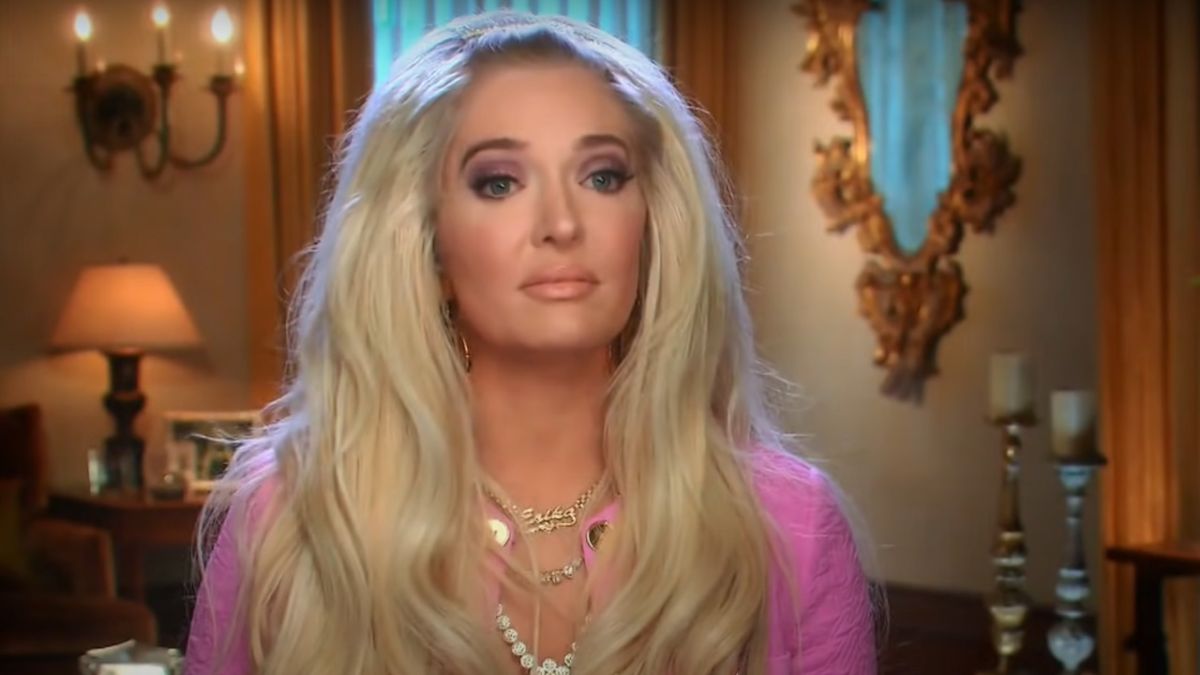 Thus far, former L.A. attorney Tom Girardi and his Girardi & Keese law firm have been accused of embezzling over $500 million in funds from clients and partners over the years. And Girardi’s now ex- wife, known by her stage name Erika Jayne, continues to face allegations that she aided and abetted the schemes by funneling that money through her entertainment company, EJ Global LLC. As a result, she’s been named alongside him in several ongoing, multi-million-dollar civil lawsuits coming from the reported victims involved. But that’s not the Real Housewives of Beverly Hills alum’s only concern, because apparently Jayne also owes a huge amount in back taxes.

What’s more, she apparently can’t pay that money just yet, either. People obtained court documents filed by the 50-year-old on Tuesday, June 14. In them, Erika Jayne claims that she owes California state taxes from the year 2019 to the total of $2,226,985.77. She added that she got a notice in May of this year about making tax payments for the hefty sum, which she says isn’t possible at this point in time:

We first learned of Erika Jayne’s tax troubles last month amidst the $5 million lawsuit leveled against her, Tom Girardi and others. The plaintiffs are former colleagues of Girardi’s who allegedly never got paid their share of settlements they worked on for Girardi & Keese. They accused the reality star wife in Supreme Court of California filings in May of seeking an “unfair advantage” in the case by means of knowing that EJ Global was suspended by the state’s tax board since February and doing “nothing” about it.

Evidently with the company suspended (i.e. taxes weren’t filed), the prosecution’s discovery process was being delayed before the next court hearing on the matter. They requested a 10-day deadline to be imposed on Erika Jayne for her to file. She hit back on social media that she was being exhorted in this particular case. However, the California Superior Court seemingly found some merit in the request later that week and ordered the Bravolebrity to file a report on her efforts to “revive” EJ Global (aka filing taxes) by June 27. Based on the June 14 filing, the report is apparently that she can’t file and she can’t pay.

The former Broadway actress is supposedly trying to figure out the particulars of the finances that she claims she had no role in managing ever before. Per the recent filing, there are still question marks surrounding a questionable pair of $750k earrings (which made huge headlines in the past because Erika Jayne reportedly wouldn’t hand them over for the Chapter 7 bankruptcy case, despite it allegedly being written off as a tax expense by her ex-husband). Erika Jayne said she doesn’t know if the expensive jewelry is under a lien (or collateral) by the tax board. Nevertheless, she defended herself, saying,

Erika Jayne maintains that she neither had access to nor managed any of the money related to Tom Girardi’s law firm or their personal finances. She also has denied any wrongdoing in the various lawsuits aimed at her currently.

Season 12 of the Real Housewives of Beverly Hills – airing on Wednesdays on Bravo and the next day to people subscribed to Peacock Premium – is catching viewers up on the day-to-day life of Erika Jayne. However, we haven’t yet arrived at the controversial episode where she claims to care about no one but herself, not even the supposed victims in these cases. It would seem, though, that she will very much have to care about a more than $2 million tax bill here shortly.