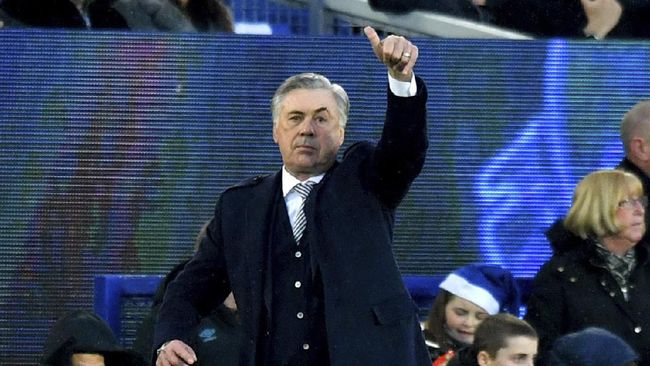 Carlo Ancelotti’s name is often associated with the Italian national team. Considered an opportunity to handle the national team after successfully coaching at club level, Ancelotti is still not interested. He also explained the reason.

Yes, Carlo Ancelotti, who is now in charge of Real Madrid, was indeed linked with coaching the Italian national team. However, the 62-year-old coach emphasised that at this time he did not want to carry out the job.

Ancelotti also admits that he has a big enough opportunity to become the Nerazzurri coach in 2018. However, now he insists that he is no longer interested in getting the seat.

Even so, Ancelotti does not deny that he sometimes imagines being the coach of the Italian national team. However, the former Everton coach admitted that he was happy with the atmosphere at the club.

“I sometimes think about going to the national team, but I like everyday (club life),” added the Italian.

In addition, Ancelotti felt it was not suitable if he only became a coach for tournaments that were quite rarely held. This makes him prefer to work with clubs that have a more busy schedule. “I don’t like working three times a year. If I get tired of those everyday cravings, I will quit.”

“Of course, it was a great experience to be part of the staff (coach) at the 1994 World Cup, but I like working at club level,” he explained. It is known that the Italian national team itself is now known to be handled by Roberto Mancini.

However, Mancini again failed to deliver the Italian national team qualify for the 2022 World Cup. This makes Mancini continue to be rumoured to be leaving his post soon.