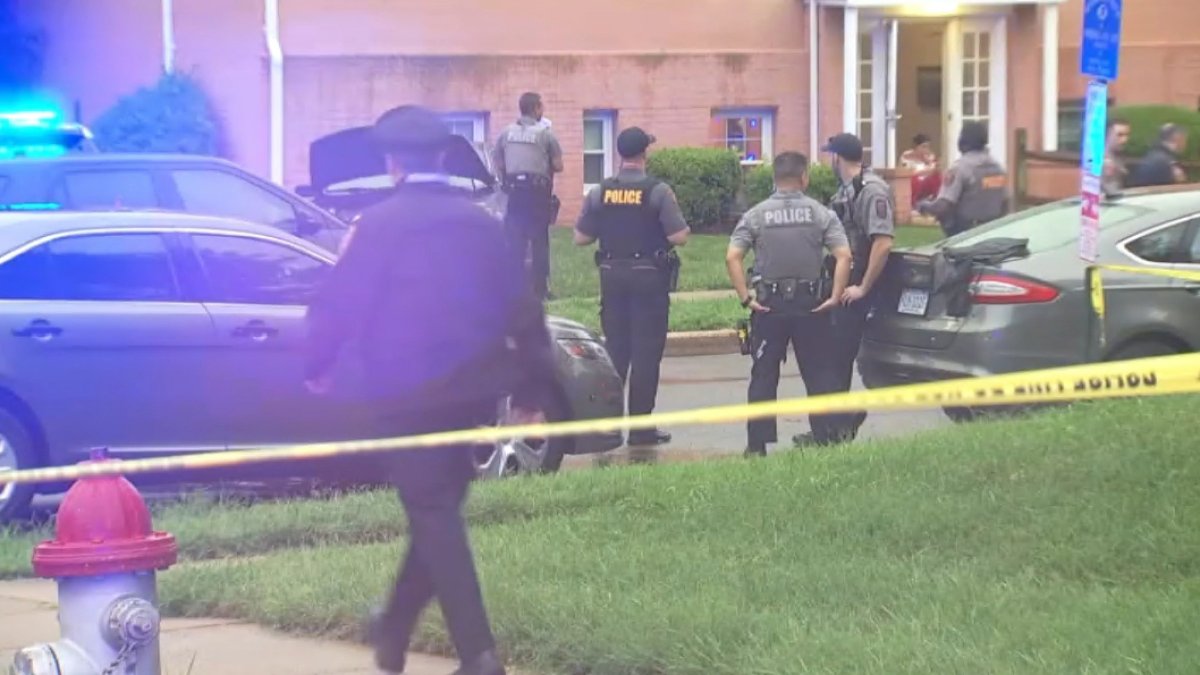 A woman was killed and set on fire Wednesday in the Seven Corners area of Fairfax County, Virginia, authorities say. Police said they found a person of interest.

The name of the woman killed was not immediately released.

An officer who tried to help the victim was treated for smoke inhalation, police said.

“This victim was murdered, and the victim was on fire when officers arrived,” Maj. Ed O’Carroll said.

Residents of The Villages at Falls Church building in the 2900 block of Willston Place said they heard a woman screaming for help and called 911 before 3 p.m. Inside a home, officers found the victim.

“Officers did everything they could to save her life,” O’Carroll said.

Investigators said the fire department was already on the way to the building after receiving alerts about an alarm. Firefighters worked to prevent the flames from spreading to nearby homes.

Police distributed a photo of a man they described as a person of interest and said in an update that they had found him. Witnesses said they saw a man running from the area as a woman screamed.

Police did not describe the relationship between the victim and the person of interest but said they do not believe the crime was random.

“From all the information we have, this is not a random act of violence. We do believe that the person responsible knew the victim,” O’Carroll said.

No one else was in the home at the time of the killing, police said. Officers had been called to the address multiple times for domestic disputes, the department said.

“This is a horrific crime. It’s profoundly sad,” O’Carroll said.