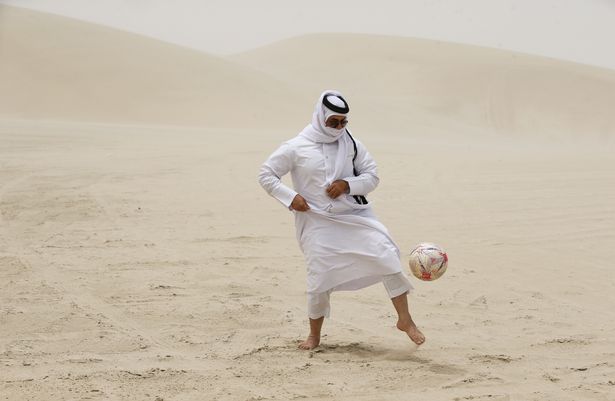 “Currently, we have prepared a thousand tents for the guests,” said Omar Al-Jaber, Head of Accommodation at the Supreme Committee for Legal Services and Organizing for the 2022 World Cup, Tuesday (14/6/2022). Tents with characteristics such as those of the indigenous Qatari tribe, the Bedouins, are placed in the deserts around Doha. “We are giving the fans the opportunity to enjoy the desert lifestyle,” said Omar Al-Jaber.

Omar Al-Jaber then detailed that 200 of the 1,000 Bedouin tents were used as luxury-class tents for the guests of the 2022 World Cup. Of course, the luxury-class tents will cost more, Omar Al-Jaber hinted. According to Al-Jaber, citing data from the Qatar Tourism Institute, now, Qatar has at least 30,000 hotel rooms. As much as 80 percent of that amount is allocated to FIFA guests.

In the near future, FIFA will also release rooms for players, referees, officials and media participating in the 2022 World Cup. Meanwhile, Qatar is also preparing about 69,000 rooms for non-hotel accommodation on cruise ships docked in the port of Doha, villas and apartments. The majority of non-hotel accommodation rooms are managed by Accor, the largest hotel chain company in Europe.

Qatar, said Omar Al-Jaber, will also prepare the villages supporting the football team in various vacant locations at this time. Omar Al-Jaber added that there is also the availability of a spare 100,000 more rooms. “We anticipate that the number of rooms will be more and more fully occupied by the end of November 2022,” he said.

In total, Qatar hopes to attract 1.2 million visitors. This target number is equivalent to half the population of Qatar. Omar Al-Jaber informed that a one apartment containing two bedrooms costs US$390 or equivalent. Then the suite class rooms on cruise ships are in the price range of 1,650 US dollars. “The prices will take effect from November 2022,” said Omar Al-Jaber.