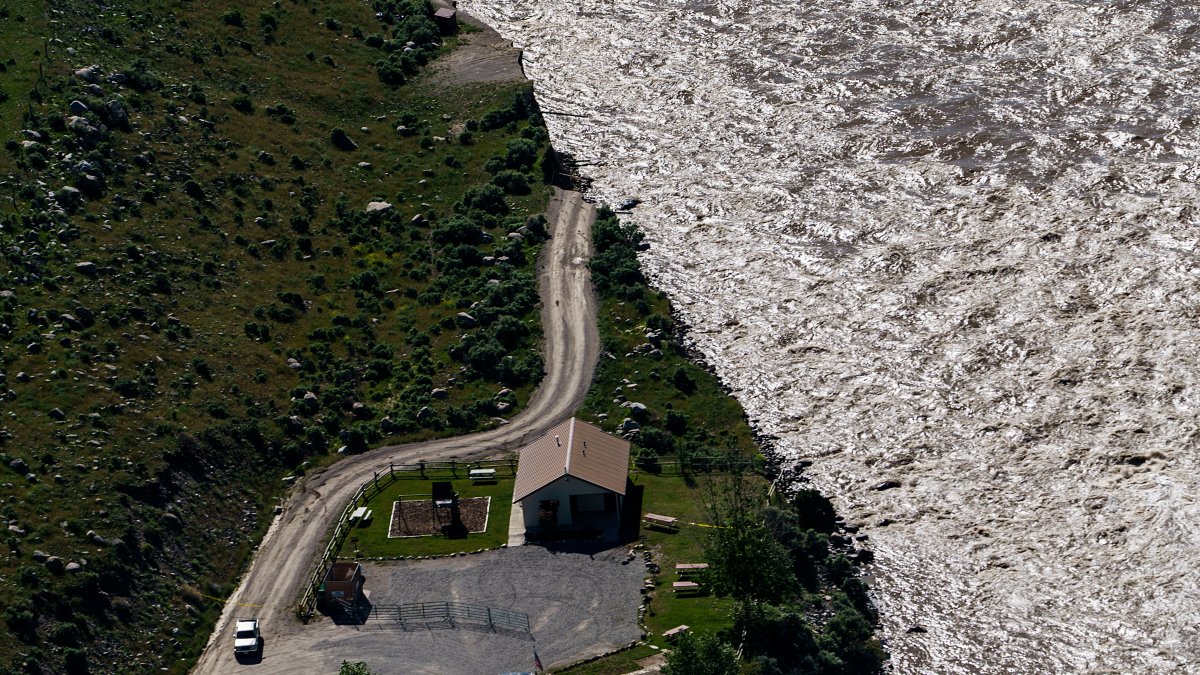 Visitors will return to a changed landscape in Yellowstone National Park on Wednesday as it partially reopens following record floods that reshaped the park’s rivers and canyons, wiped out numerous roads and left some areas famous for their wildlife viewing inaccessible, possibly for months to come.

Park managers are raising the gates at 8 a.m. Wednesday at three of Yellowstone’s five entrances for the first time since June 13, when 10,000 visitors were ordered out after rivers across northern Wyoming and southern Montana surged over their banks following a torrent of rainfall that accelerated the spring snowmelt.

Some of the premier attractions at America’s first national park will again be viewable, including Old Faithful — the legendary geyser that shoots towering bursts of steaming water almost like clockwork more than a dozen times a day.

But the bears, wolves and bison that roam the wild Lamar Valley and the thermal features around Mammoth Hot Springs will remain out of reach. The wildlife-rich northern half of the park will be shuttered until at least early July, and key routes into the park remain severed near the Montana tourist towns of Gardiner, Red Lodge and Cooke City.

It’s unknown how many visitors will show up in the flooding’s immediate aftermath. Park managers had been bracing for throngs as the park celebrated its 150th anniversary a year after it tallied a record 4.9 million visits.

“We get a million people a month in Yellowstone in July and August,” Yellowstone Superintendent Cam Sholly said. “You can’t get a full visitation in half the park.”

To keep visitor numbers down while repairs continue, park managers will use a system that only allows cars with even-numbered last digits on their license plates to enter on even days, while vehicles with odd-numbered last numbers can come on odd days.

Groups of visitors traveling together in different cars are exempt from the license plate system as well as people with reservations at campgrounds and hotels in the park.

If traffic along the park’s 400 miles (644 kilometers) of roads becomes unmanageable, Sholly said officials will impose a reservation system to enter the park.

A house in Gardiner, Mont., fell into the Yellowstone River as the area received heavy floods and mudslides.

The reopening comes as officials in Yellowstone are still tallying the scope of the damage. Based on other national park disasters, it could take years and carry a steep price tag to rebuild. It’s an environmentally sensitive landscape with a huge underground plumbing system that feeds into the park’s geysers, hot springs and other thermal features. Construction season only runs from the spring thaw until the first snowfall, a narrow window that means some roads could receive only temporary fixes this year.

That’s turned some Montana communities into dead ends instead of being gateways to Yellowstone, a blow to their tourism-dependent economies. They’re also still struggling to clean up damage to several hundred homes and businesses that were swamped by flooding on the Yellowstone, Stillwater and Clarks Fork rivers.

In Red Lodge, one of those gateway towns cut off from the park, most businesses are open even as flood cleanup continues. The Montana Department of Transportation is beginning repairs to the road between Red Lodge and the scenic Beartooth Highway and the National Park Service is working to restore access to some areas in the northern part of the park.

“We have to remain optimistic, but we also have to remain realistic that there’s a lot of things going on and a lot of moving pieces to make it happen,” said Tim Weamer, who does marketing for the Red Lodge Chamber of Commerce.

“We’re optimistic that we’ll survive,” he said. “We’re not going to have the summer we were hoping for.”

For others the rebound may come faster. Yellowstone tour guide Derek Draimin said he’s fully booked up Wednesday with four groups that will be headed into the park.

“I think there will be cars stacked up trying to get in, to be the first people to enter the park after the thousand-year flood,” he said.

Draimin lost about 25 tours because of the flood and says fewer visitors might come thinking that the park is badly damaged. But with most of the park expected to be accessible within weeks, Draimin said it’s also possible business could get a bump as tourists who can’t get in through the park’s northern entrances get funneled through West Yellowstone, where his company, Yellowstone Adventure Tours, is based.

“I have no idea what to expect,” he said. “I could see both things happening.”